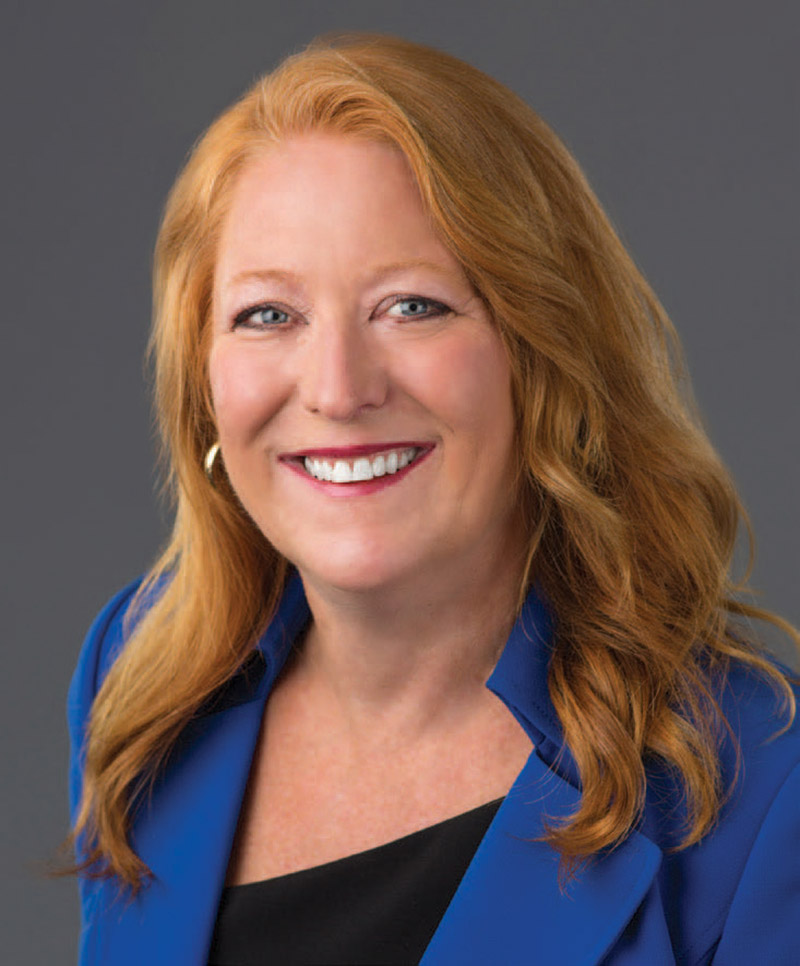 Susan Sailors, chief financial officer at Toyota of Iowa City, has never forgotten the lesson a retiring controller taught her about listening and learning as much from other people as they do from her.

It happened more than 20 years ago, when Ms. Sailors was starting a new job at a TV station. The older professional was showing her the ropes and she kept interjecting with ideas about how to do things faster, more efficiently – and, because it was the ‘90s, with computers.

“Finally, he stopped me and he said, ‘Sue, I’m here to show you how we do it today to help you get your feet on the ground. Once you take over, you can change whatever you want and that’ll be great, but right now I don’t care,’” Ms. Sailors recalled, laughing. “I stopped and thought about it and he was right. He was doing me the favor and really instilled that in me, that there’s so much to be learned from people who are already there. You go in and you think you know it all and then people put you in your place.”

Ms. Sailors has carried that philosophy throughout her rise to the top. From early public accounting jobs with television stations in Lincoln, Nebraska and Cedar Rapids to the University of Iowa’s Executive MBA program and, since graduating, a string of CFO roles in industries as varied as building products and chocolate making, her leadership style has won raves from those who work with her daily.

“Sue has a ‘big picture’ view of the dealership and an entrepreneurial approach to business,” wrote Mark Dreusicke, president of Toyota of Iowa City, where Ms. Sailors has worked since 2011. “She has taken the time to learn the intricacies of departments outside of finance to better understand their needs, plus coaches managers outside her department to better understand their financial statements.”

When she first started in the job, Ms. Sailors said, some at the dealership regarded the accounting department as an “enemy” – more paper-chasing nuisances than helpful colleagues. To change that culture, she instituted a cross-training program to ensure her staff could dig in and help with things like warranties and titles, “and none of us are too good to man the phones.”

That approach has not only increased efficiency and built a sense of camaraderie, she said, it has educated people across departments about how their roles intersect and complement one another.

“We all have titles per se, but we all jump in, including myself, to get things done,” she said. “Maybe what I’m most proud of is people now understand we are their support staff. We are trying to make them more successful. They’re not afraid to come into the accounting department for fear of … the wrath of accounting.”

Mr. Dreusicke credited Ms. Sailors’ leadership with steering the dealership through a period of “unprecedented turmoil” that included an economic downturn, manufacturer recalls and the disruption of retail inventory due to a tsunami.

“During a time when other like-businesses were struggling and laying off workers to survive, the company was able to maintain its entire workforce and keep revenues at historic norms,” he wrote.

Ms. Sailors said a sense of fun on the job was essential since “the more fun you have on your job, the less it seems like a job.” That’s a philosophy she extends to her life outside work, as well, as a world traveler, diehard sports fan (Iowa and Nebraska) and avid volleyball player.

Spoiling her nieces and nephews and sailing with her husband are other passions, she said. Ms. Sailors and her husband own a boat they recently moved from the Bahamas to Florida, and she hopes to escape to the open sea more often now that it’s more accessible – perhaps as a small reward for years of hard work.

“This award is very humbling, but it’s such great recognition,” she said. “I’m not at the end of my career yet, but maybe on the downward slide, so it’s a great honor that kind of pulls it all together.”