Nine habits that cause unnecessary trouble 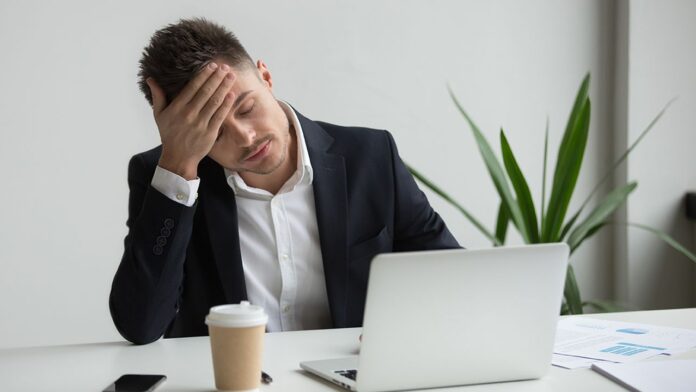 Most of us are talented at excusing personal habits as trivial idiosyncrasies or minor infractions. Yet, they can form a clear picture of who we are in the eyes of others. Here are nine habits that can easily be overlooked. However, if we do, they can cause unnecessary trouble, both personally and professionally:

It’s assuming we’re so smart or experienced that we don’t need to prepare for a presentation. It starts innocently. We run out of time and decide to “wing it.” Before long, it’s a habit. By then, we’ve convinced ourselves that we’re getting by with it. Don’t kid yourself. Everyone knows — customers, prospects, co-workers and the boss.

“Which of us can resist the temptation of being thought indispensable,” wrote Margaret Atwood. When leaving, some want to think they’re leaving a hole that can’t be filled. But, as Dene Ward notes in Medium’s The Ascent, “The reality is that every organization can survive a departure unless you are a sole proprietor!” It’s much better to leave a legacy of quality performance and training a capable replacement.

No matter the task or assignment or how much pressure is put on some people, they’re still late, even though they may be bright, capable workers. Missing deadlines can be a form of job protest, like slowing down a production line. A better way to establish credibility is by being on time, and then speaking up.

4. Saying yes but no intention of doing it

It’s a good way to get off the hook for the moment, but it comes back to bite us. In the workplace, it’s called task avoidance. Yet, it doesn’t solve a problem, it only delays facing it, creating doubt and undermining personal trust.

5. Not taking time to communicate effectively

A Fast Company article states, “Communication was the most commonly required skill in job opportunities posted to the platform in July and August” of 2020. Despite available technology — virtual meetings, texting, email and, of course, the phone — we have become “silos of one.” The article points out that four of the top 20 most popular LinkedIn Learning courses “deal directly with communication skills training.”

6. Not being aware of what’s going on around us

“When they were fired, 68% of participants noted they were surprised — they had not seen it coming,” according to a Forbes article. We see what we want to see and filter out anything else. An employer tells of a 20-year key worker who cried when told the company was closing, even though the information she worked with every day contained obvious clues.

7. Not having a plan

With so many ways to vote in last November’s election, urging everyone to vote wasn’t enough, particularly during the pandemic. To make sure our vote would be counted, we were urged to have a plan. As a famous author reminds us, “A goal without a plan is just a wish.”

With student debt weighing down the future of millions of Gen-Zs and Millennials, many claim they didn’t understand what they were getting into. Some say they signed contracts without reading them or having a trusted person review them. Now their lives are on hold. If we assume everyone is honest, we can find ourselves in trouble. We believe it when told, “Don’t worry about it. It’s all standard boilerplate. Just sign here.” As they say, “The devil is in the details.”

9. Leaving it until the last minute

Some claim procrastinating makes them more creative. The subconscious mind does have more time to do its work. But it’s also true that quality output doesn’t occur with the first pass or initial draft. It requires extra time, review, additional thought, reworking and polishing. Last-minute leaves no room for something going wrong. •

John Graham of GrahamComm is a marketing and sales strategy consultant and business writer. Contact him at jgraham@grahamcomm.com or johnrgraham.com.