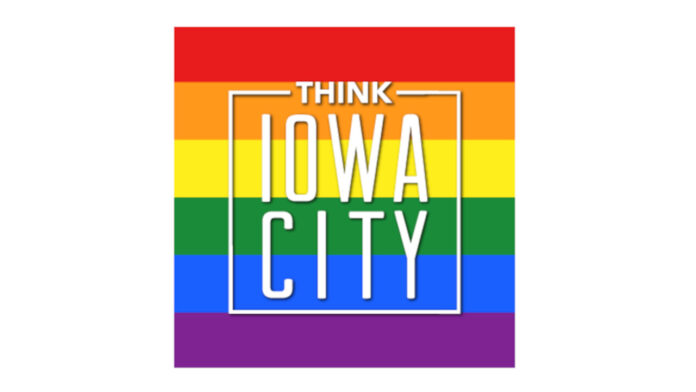 “For the second year in a row, to see ‘Iowa City, Iowa’ listed among the greatest destination cities in the world, like San Francisco, New York, and Miami, speaks volumes to what our city means to the gay community and to the fantastic hospitality we offer to all travelers,” said Nick Pfeiffer, vice president of public affairs at Think Iowa City.

“The goal of the Gay Travel Awards is two-fold,” GayTravel.com founder Steve Rohrlick said. “The first is to recognize and showcase select inclusive travel-related companies and destinations that resonate with our discerning audience. The second is to inspire other companies and brands around the world to continually raise their safety and service levels and amenities while encouraging a broad spirit of inclusiveness.”

This is the seventh year of the awards and second nomination for Iowa City. The Highlander Hotel is also nominated in the US Hotel category.

Public voting is officially open on the Gay Travel Awards website and will remain open through Dec. 26.

The GayTravel brand is widely considered the equivalent of the “Good Housekeeping Seal of Approval” among LGBTQ+ travelers – a trust that has been forged over 22 years. GayTravel provides its audience with valuable resources to help them plan memorable travel experiences.

Millions of LGBTQ+ travelers rely on GayTravel.com each year for the best places to stay, the best tours and cruises, the latest events, and the latest dining and nightlife trends. The company connects its loyal and affluent audience with hand-selected travel partners in a meaningful and relevant way. GayTravel.com maintains the #1 organic search result on Google, Yahoo! and Bing for “gay travel.”

GayTravel, along with their GayTravel Celebrity Gurus, has the largest social media following of any LGBTQ+ travel company. The US Department of State has sought GayTravel’s feedback in developing safe protocols for LGBTQ+ travelers abroad. GayTravel has been featured in the New York Times, The Wall Street Journal, and MarketWatch.