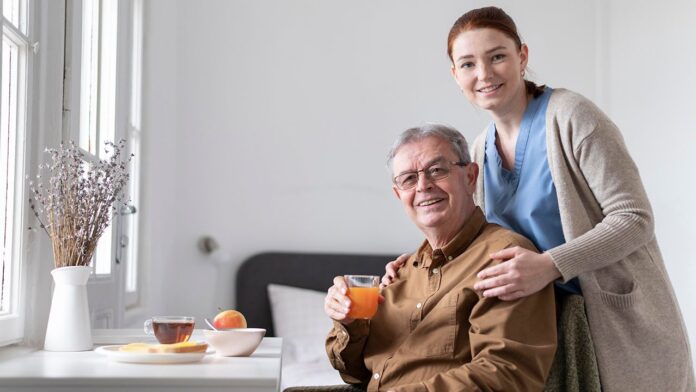 The demand for direct care workers (DCWs) will increase substantially in the coming years as the population of older adults and people with disabilities in Iowa increases. DCWs go by different names, often determined by their work and the populations they support or serve.

Regardless of their title, they provide most hands-on care in settings that range from in-home care, assisted living, nursing homes, and hospitals to residential care facilities, supported living, adult day services and hospices.

Our state has struggled to maintain an adequate direct care workforce. This is a challenge that we share with every state in the country, but an especially vexing problem in Iowa due to our slow population growth.  More than 59% of Iowa’s nursing homes report they are short-staffed, according to a February AARP Nursing Home COVID-19 Dashboard. Attracting and retaining DCWs to meet Iowa’s present and future needs is impossible with the wages currently paid. DCWs’ median hourly wage is below $15 an hour, with 15% living below the poverty guidelines according to PHI National. Twenty-eight percent work more than one job to make ends meet. Caring for and supporting other human beings is a beautiful calling, but should not require people to take a vow of poverty to do so.

The American Rescue Plan Act (ARPA), federal legislation passed in 2021, brought large sums of one-time funding into Iowa. A portion of the funds is being used to provide bonuses for direct support professionals (DSPs) who serve individuals with disabilities in some settings.

While temporary bonuses help DSPs and their employers, they aren’t a solution and fall short of what is needed. Needed is a more equitable distribution of wage enhancements across settings and populations served to shore up the direct care workforce. Iowa lawmakers should seize this opportunity to use ARPA funds to jump-start the following and commit to their future sustainability:

Generally, higher demand for employees drives wages up, but that is not so for some DCWs. This is because states mainly determine payment for health and long-term care providers that employ DCWs through their Medicaid programs. As the largest payer for services, Medicaid sets the industry standard for direct care wages. However, inadequate reimbursement rates under Medicaid prevent many employers from offering competitive wages.

Investing significantly in care infrastructure — in which higher wages for care workers is a key plank — would transform Iowa’s direct care workforce. It would attract more workers to the field and improve retention. And to fellow Iowa taxpayers, do you want your tax dollars spent on the front-end investing in good-paying jobs and good care, or do you want to continue to invest in the back-end costs of high worker turnover, diminished care quality, and the tax-funded programs like childcare subsidies, state health insurance, and food benefits so these and other essential workers can afford to work?

This is the year for Iowa lawmakers to act.

Maribel Slinde is board chair for Iowa CareGivers.

A look at the 2022 Johnson County Economic Development Plan