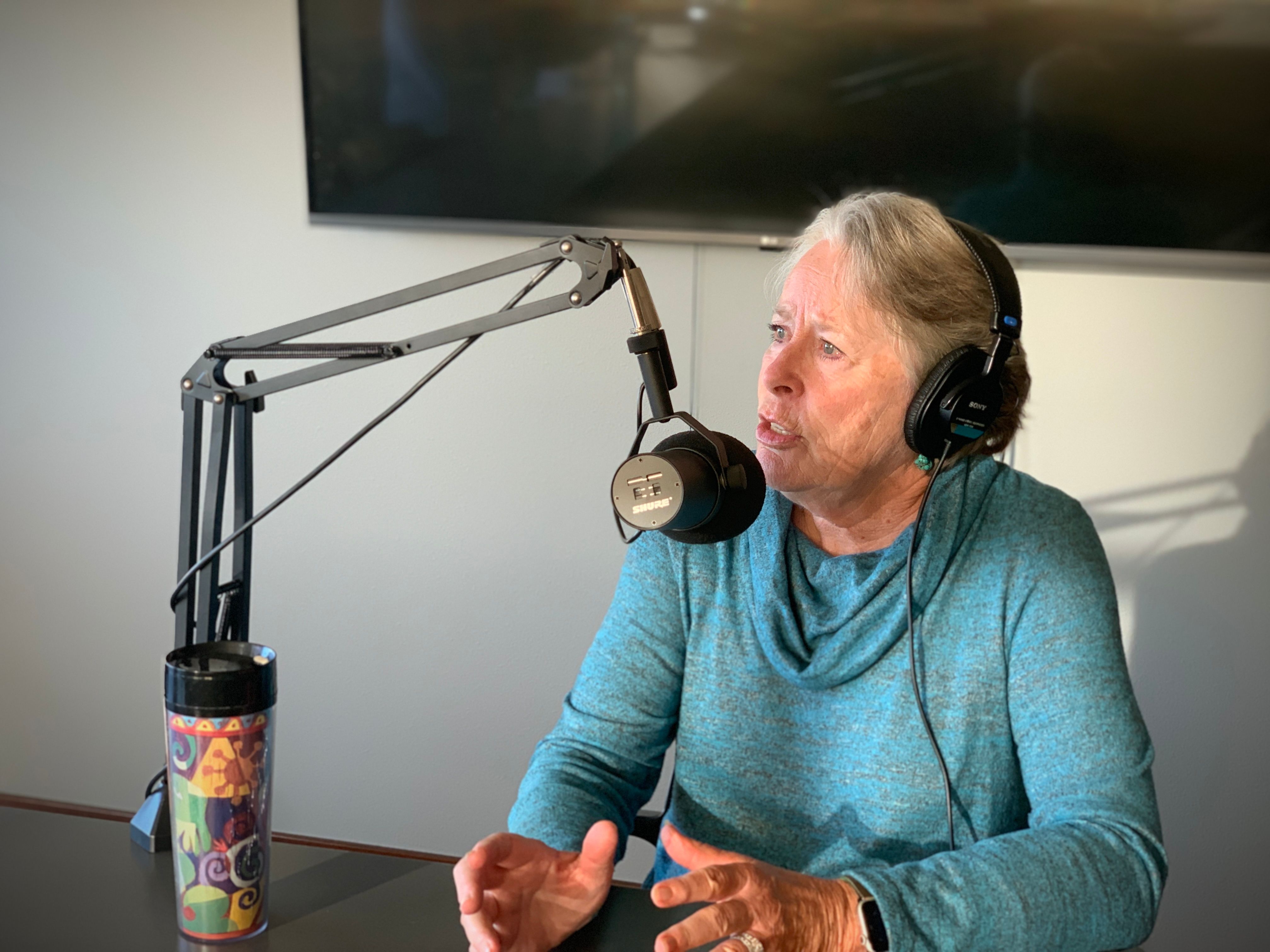 When it comes to leadership, Lee Clancey speaks from experience. At a time when women were a minority in Cedar Rapids politics, Lee served as mayor for six years and as president of the Cedar Rapids Area Chamber of Commerce for three, including during the historic floods of 2008. And while her tenure had its share of contentious debates, including the addition of a sexual discrimination ban in the city’s code in 2000, she always endeavored to operate from a foundation of decency and respect.

“I’m a team player,” Lee says. “I look at every organization, every job, every volunteer opportunity that I’ve had ­– I have looked at it as not just me, but there is a group that can make things happen.”

She is also one of the few ex-mayors who has taught mass media, raised twins and written a children’s book. Now she’s putting her connections and dedication to the community to work to help raise funds for Connect CR, an ambitious project that aims to reimagine an old railroad bridge in the city’s New Bohemia district into a 120-foot-tall lighted bridge crossing the Cedar River.

Lee and I connected recently in the wake of the August derecho to discuss her career, the importance of teamwork and perseverance in bouncing back from a disaster, and how to respond when things don’t go your way. Catch the full, uncut podcast this week at corridorbusiness.com or wherever you listen to podcasts.

Lee, what stands out as you look back on your career as some of the highlights, either from the public sector or the private sector?

My mayoral experience and the experience as head of the chamber [of commerce] were the real highlights. In my wildest dreams, when I started my professional career, I never could have imagined having the ability to be in those kinds of positions and to use those positions as leverage to do things for a community. It was incredible and certainly the highlights of my professional career.

Is there any wisdom you could impart on the leaders in the Cedar Rapids area on how to manage through crisis? What makes a successful leader during a crisis like we’re seeing now?

First, not panicking. Being able to very deliberately, very carefully, take a look at what needs to be done, take a look at the resources that are needed, take a look at the kinds of talent that you need to pull together and quickly put those things in place. You can rely on the systems that you have in place, but you can’t rely on them performing business as usual. You have to ramp up the speed at which people are responding, at which your system is responding. You have to be creative in terms of how you meet the needs that are being presented by this particular event.

For example, during 9/11, I can distinctly remember, it was a Tuesday morning, we had informal [city] council that day. I was standing in our bathroom getting ready, doing my hair. I had the TV on and I watched the first plane go into the first building. And I thought, boy, that is just the weirdest thing I’ve ever seen. How could anybody have gotten that off track? I didn’t think too much about it. But then the second one went through it. Oh, this is this is something different. This is an attack.

I had my staff start calling businesses. We didn’t know how widespread this was going to be. We had no clue what the targets were or how many communities across the United States might be affected by it. We called the Duane Arnold Energy Center because it was a nuclear site. We called the biggest employers in town and told them that they might want to consider leaving non-essential workers at home and that they needed to be prepared for who knew what.

In 2008, with the flood, when I was with the chamber, we put in place two things that helped mitigate the impact of the flood on downtown businesses. The first was a fund. We raised money and gave out grants of up to $25,000 to provide bridge financing between what the businesses had on hand and when they could get money from FEMA or from any other disaster relief fund. And people were so grateful to have that because they could then pay their employees, they could pay their bills, they had some cushion. The second thing was that we had an adaptive business program where those businesses that were not impacted by the flood could adopt a business that had been impacted by the flood. Between the two of them, they could decide how they wanted to help. They could help financially, they could help with employees, they could help with technology, they could help provide space, that could help provide furniture. It was completely up to those businesses. And as a result, we were able to help more businesses stay in business beyond the flood than is usually the case with an event of that magnitude.

Read the full interview with Lee Clancey in the Oct. 26 print or digital editions of the CBJ. Not a CBJ member? Join today.