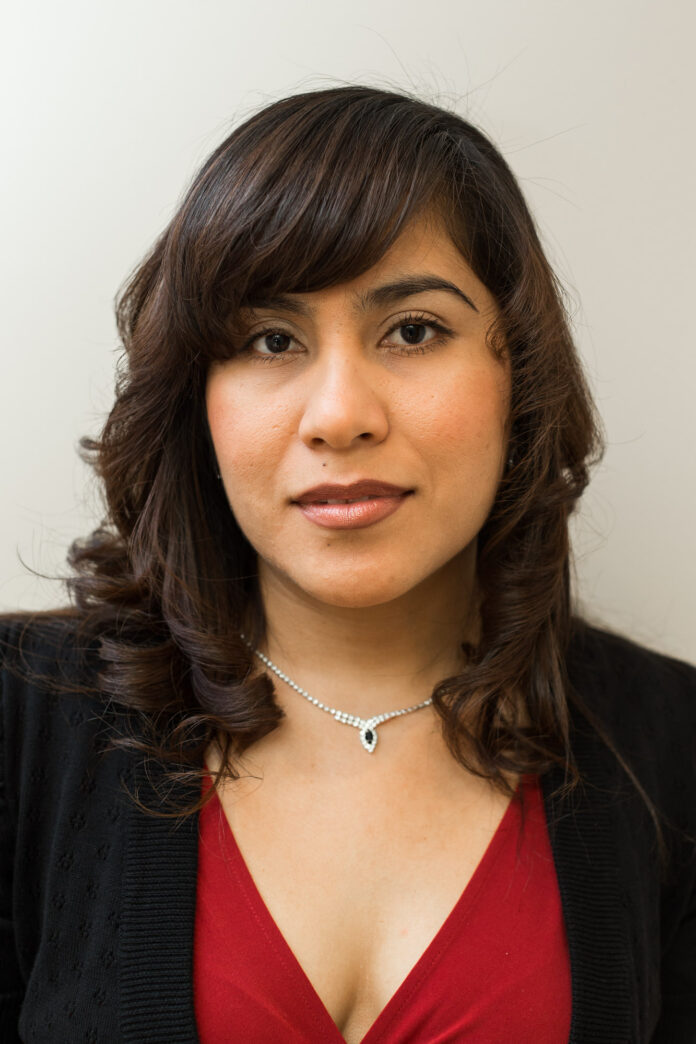 The Arc of Southeast Iowa
Age: 34

Patty Quintero Rodriguez takes what she’s learned raising a daughter with special needs and applies it to help others in the community.

“Patty is a natural leader; charismatic, motivating…and she is the type of person people go to for advice. Patty exudes a genuine care for others and inspires them to be their best. Patty has an encouraging word and smile for everyone and routinely goes the extra mile,” stated Bill Regan, president and CEO of the Arc of Southeast Iowa in his nomination of Ms. Quintero Rodriguez.

Ms. Quintero Rodriguez is the Sibship coordinator and a family advocate for the Arc of Southeast Iowa in Iowa City.

The Arc of Southeast Iowa offers information, services and advocacy to individuals with developmental disabilities, their families and community.

The Sibship program is a support group for children ages 6-12 who have brothers and sisters with disabilities. It provides a supportive, safe, fun environment for children to talk about their experiences; helping decrease their sense of isolation. The children go to museums, parks and apple orchards, for example.

“We think it’s important so they can feel special too,” she said. “As a mother, my daughter has special needs, I know it demands a lot of time.”

“It’s important for them to know that they are special, too.”

Ms. Quintero Rodriguez’s 8-year-old daughter, Pammie, has struggled with health issues since she was born. Pammie doesn’t have a specific diagnosis, but was born with a heart defect and has one lung smaller than the other, among other health issues.

“Patty never complains and in spite of the numerous challenges her daughter has had with disability and fragile health, Patty is always positive and emphasizes how blessed and fortunate she is. Patty is quick to credit others and quick to express gratitude,” Mr. Reagan stated.

Pammie has had 10 major surgeries in the last eight years, including heart surgeries, eye surgery, hip surgery, among others. Ms. Quintero Rodriguez has spent weeks at a time in the hospital with her daughter. She’s taken a leadership role working with doctors and hospital staff and serves as a mentor for other moms.

“Because of her, I felt like I needed to do something real, not just for me, but for everybody in the community,” she said. “She loves life, every time God gives us the privilege to take her home again. She will do whatever she has to do to get stronger. When she’s not in hospital, even when she is there, she never complains about anything.”

Along with coordinating the Sibship program, Ms. Quintero Rodriguez also does public speaking on disability issues and shares her experiences about her daughter’s health struggles.

“When she was born, all the stuff she had, we were told she might never walk or talk, We’ve been trying so hard to change that, and she is (walking and talking). She’s speaking English and Spanish, and learning French words,” Ms. Quintero Rodriguez said. “She goes to Kirkwood Elementary, she’s in a regular class, and is average on reading and math.”

Following in her mother’s footsteps, Pammie gave back by donating her hair to the Locks of Love Program two years ago.

Ms. Quintero Rodriguez lives in Coralville with her husband, Domingo and daughter, Pammie.