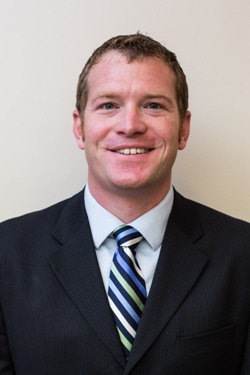 He is a young entrepreneur heavily involved with his community.

Joel Althoff is president and founder of Infrastructure Technology Solutions (ITS), a company he started in 2007 that last year received recognition from technology giant Ingram Micro as one of the fastest-growing businesses in the inaugural SMB (Small and Mid-sized Businesses) 500.

ITS is a managed IT service company that provides outsourced and complementary IT services and data hosting with 300 clients, most of which are located in Iowa. The company employs 10 people and operates offices in Monticello and Ankeny.

While working as the IT director for his family’s business, Cascade Lumber Manufacturing, he developed a network and IT system for the company. He took that model and decided to create a business, in order to provide the service to others. The company continues to grow and is looking to hire two people.

“One of the things we focus a lot on is efficiency and disaster recovery,” Mr. Althoff said. “The Cascade business has had a little experience in disaster recovery, there was a fire in 1997. We took a lot of lessons learned from that and started to offer some solutions around those experiences.”

Infrastructure Technology Solutions received the Venture Award in 2008 from the Iowa Area Development Group (IADG) and Mr. Althoff was selected by the IADG to attend an intimate breakfast with President Barack Obama and three other small business owners.

He, along with four other young leaders from Jones County, developed Ignite, the Jones County young professionals group. Mr. Althoff is also a Rotarian and chairs the group’s annual fundraising efforts and is serving as president elect of the Monticello Rotary. He also serves on the Monticello Community School District’s technology advisory board and on Indian Hills Community College’s computer security advisory board.

“Joel Althoff is a man of many talents and passions,” Rick Meyer of Rick Meyer Insurance Agency, stated in his nomination of Mr. Althoff.