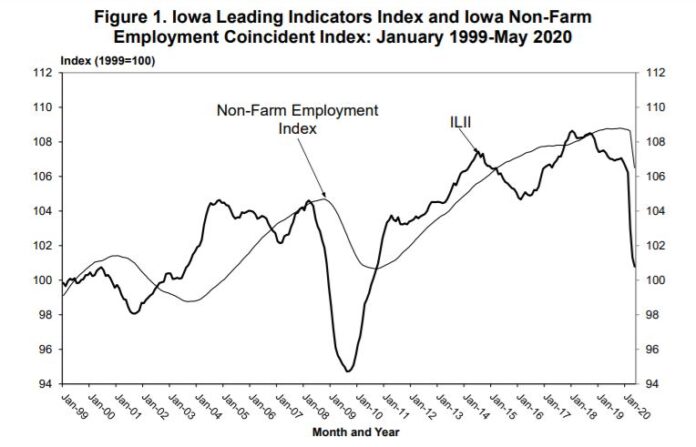 The Iowa Leading Indicators Index (ILII), used by state officials to forecast tax revenues,  decreased 1.7% to 101.3 in April from 103.1 in March. This is the second largest one-month decrease in the history of the ILII, behind March’s 3% decrease. With only one of the eight components contributing positively, the monthly diffusion index decreased to 18.8 in April from 31.3 in February.