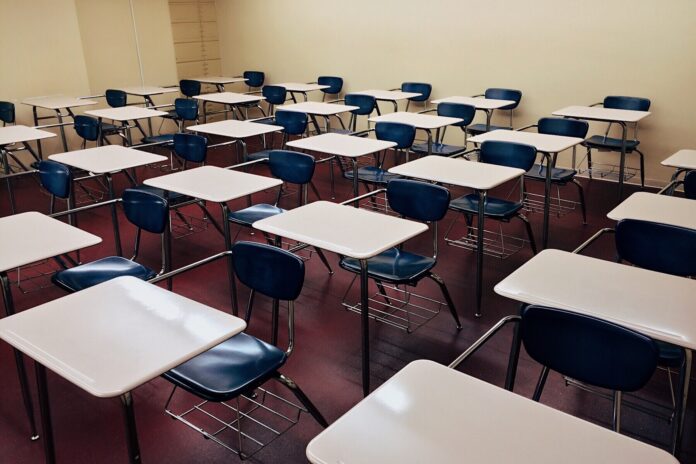 Gov. Kim Reynolds is at the center of critical funding issues surrounding schools.

Ms. Reynolds and the Iowa Department of Education announced today more than $8.6 million in competitive grants for 64 school districts to address mental health support for students and families. The funds were provided through the Governor’s Emergency Education Relief Fund, part of the Coronavirus Response and Relief Supplemental Appropriations Act.

“We have to look at the whole health of every child and supporting the mental health of Iowa children and families is a top priority of mine,” said Ms. Reynolds in a release. “This investment is not only about adapting to the challenges we face today, but it will help schools expand support systems to secure better outcomes moving forward.”

It is hoped these additional resources will address health needs, allow for implementation of mental health first aid training, and suicide prevention services, says Ann Lebo, director of the Iowa Department of Education.

However, Ms. Reynolds is choosing to not accept $95 million in federal funding to improve COVID-19 testing in schools. She argued in May, there were sufficient funds to conduct testing without federal aid.

“As you know, the majority of Iowa schools have been safely and successfully open for the entire school year, with only a few weeks left in the school year,” she said in a televised news conference at the time. “We’ve proven that it’s possible to be in the classroom safely and responsibly. And with proper mitigation efforts, we haven’t experienced the large-scale mitigation outbreaks that school districts across the country remain fearful of.”

But with COVID-19 cases on the rise, all 18 of Iowa’s Democratic senators sent a letter to Ms. Reynolds today imploring her to accept the federal aid now. They believe the guidance can help school districts upgrade the school’s air filtration systems, among other preventative efforts, and not just for testing purposes.

“We strongly urge you to reconsider your decision to reject reopening schools funding,” said Sen. Janet Petersen of Des Moines in a letter, signed by other democrats. “Iowans want to fight COVID, not mitigation efforts or each other. It’s time to do the right thing to lead our state and country out of this pandemic.”

Iowa Democrats have expressed alarm at Ms. Reynolds’ since her announcement.

“Returning federal COVID relief money during a public health disaster is like drilling holes in a sinking boat,” Iowa Sen. Zach Wahls of Coralville tweeted in May.

Federal aid is just one component of a messy battle playing out in classrooms across the state. Democrats continue to urge Ms. Reynolds to reverse her decision on masks and end the law banning mask mandates in school.

Following Mr. Teague’s announcement, the University of Iowa said they will be following the state guidelines.  The Iowa City Community School District also said they will not enforce the mask mandate.