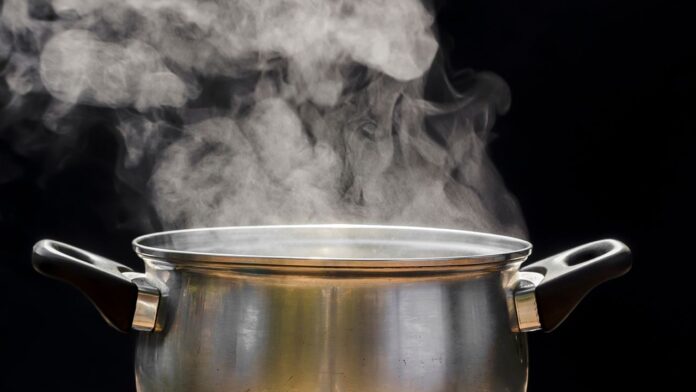 “I’m fine.” When is the last time you have heard this phrase from someone and didn’t think maybe more was going on behind the scenes? We’ve all heard that “I’m fine” is code for “I am struggling right now.” Yet, in the overwhelming desire to return to normalcy, it is so much easier to take “I’m fine” at face value. That said, acting like the proverbial ostrich with our heads in the sand won’t get us where we need to be.

Before we talk about what this looks like in the workplace, let’s first talk about some things we can deduce. First, no one is the same person that they were two years ago. The pandemic has changed every person — young and old — that lived through the crisis. Our experiences have been different, but nevertheless profound for all. Locally, the crisis of the pandemic was compounded by the derecho. There is no way to turn back the clock and revert to the people we were before — especially at work.

What happens to employees trying to convince themselves that they’re fine?

Pretending we are fine when we really aren’t only perpetuates the problem. It’s much like a pot of water on the stove. As the water gets hot, it begins to boil. The more it boils, the more likely it is to boil over. Of course, you can remove the pot for a moment, and it will cool off somewhat. But as soon as you put it back on the stove, it will quickly boil over again.

Employees who try to convince themselves (and their employers) that they are “fine” and they are the same people they were “before” when they are actually struggling will soon find themselves with compounding problems. The feelings (boiling water in our analogy) have to go somewhere. The more a person tries to push down their feelings, the more the water boils, even though they think they are lowering the temperature. People “snap” and we wonder what happened.

Sometimes employees reach that boiling point and instead of “snapping,” they decide that something or someone else is the problem. That something else is often the job, their supervisor, or the company. Enter the Great Resignation. Like our pot of water, when we remove ourselves from the situation, the water stops boiling temporarily. But eventually it starts boiling again when we re-enter the workforce and encounter the same problems all over again.

What happens when employers try to ignore the problem?

Decreased productivity, negative workplace culture, and the Great Resignation are just some of the negative impacts of ignoring the profound effect recent crises have had on people. As an employer, it would seem easy to say “that’s not my problem” when it comes to employee mental health. Sometimes we “check the box” with a company-sponsored EAP program, but don’t make much effort to really help people access services.

If the Great Resignation has shown us anything, it is that ignoring workplace mental health and hoping our employees will have no problem returning to the way things were before has consequences. Worker shortage has made it difficult to operate in a way that meets the needs of our customers.

If we’re not OK, then what are we supposed to do?

For starters, we need to admit it. Accept that we have changed. If someone is not OK, help them speak up. If someone needs something different from you as an employer after having their world turned upside down for two years, help them. How is your employee supposed to know that you stand ready to help them if we believe they can just return to who they were two years ago?

Employers can prevent attrition and decreased productivity by becoming proactive. Assessing the mental health needs within their organizations, and even bringing in outside help to get to the root of the problem, is critical. It is important to look at the workplace through a new lens and give employees the space to redefine who they are. Instead of criticizing employees or penalizing them for not returning to their past identities, work with them to carve the future path.

We may have lost a lot over the past two years, but we have gained resilience, innovation and flexibility. When we stop holding onto the past with a death grip, that is the moment that the future potential becomes exponential.