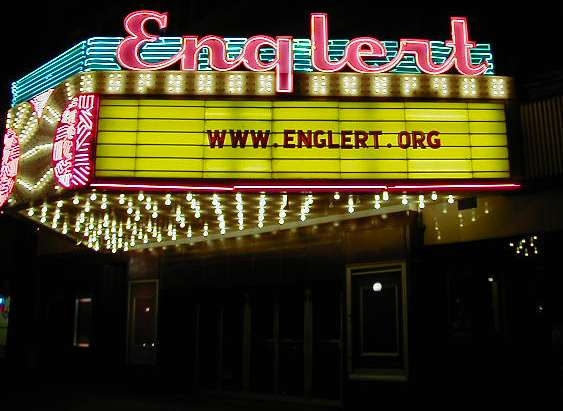 IOWA CITY – The city’s economic development committee met this morning to receive a financial update and request for funding from Englert Theatre officials.

The Iowa City City Council will vote on whether to approve a third year of funding at $50,000 for the nearly 99-year-old theater, at 221 E. Washington St. The committee recommended the funding request; that recommendation will be forwarded to the council for formal approval.

In 2008, the committee approved a proposal from the Englert for a three-year, annual funding request of $50,000, to be reviewed annually.

Today, Andre Perry, the theater’s executive director, as well as a handful of Englert board of director members, gave the committee an update on the theater’s financial health. The theater is in the process of gaining full possession of its mortgage.

A third party, Cityscape, provided historic tax credits to the theater in 2004 to help with the building’s reconstruction. As part of that deal, Cityscape owned part of the theater’s mortgage, with the understanding that Englert would buy out Cityscape in 2011. Next month, the Englert plans to do so, for $230,341. Once the transaction is complete, the theater will be 100 percent owned by Englert Civic Theatre.

Englert officials said they are working with banking partners on the mortgage and the nonprofit will continue a capital campaign to help pay for the purchase.

Mr. Perry said the Englert is also working with local groups on partnerships to host more events at the theater. While attendance is up at the Englert, a new community theater is opening in September in Coralville and once the University of Iowa completes its flood recovery projects, it will have less of a need to use the Englert. Mr. Perry said he is working to fill those gaps.