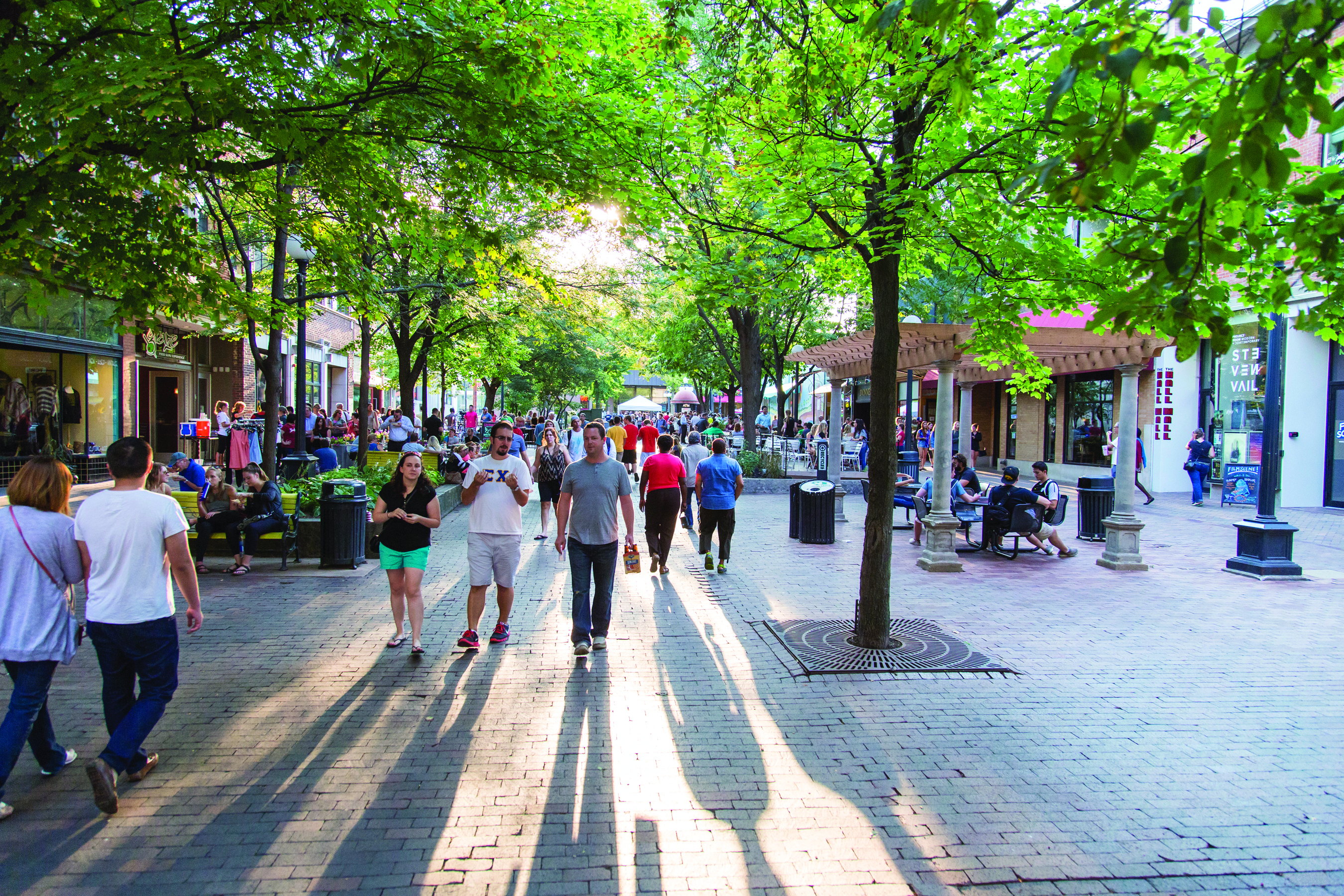 The state of downtown is strong, according to Nancy Bird, executive director of the Iowa City Downtown District, who told a packed audience on June 13 that even with national retail in turmoil, businesses in the city’s center are “doing great”

“We get that question often, especially with the state of retail today – ‘how is downtown really doing?’” Ms. Bird said at the ICDD’s inaugural State of Downtown Iowa City event, held, as if to underline the point, at the newly-opened Graduate Hotel on the Pedestrian Mall. “The reality is that our sales are really good.”

People are spending a bit less per capita, “but overall demand for products and merchandise and entertainment and culture are on the increase,” she said. Taxable sales in the downtown area have grown every year since 2014, according to ICDD’s mission report, suggesting retailers have managed to maintain their footing despite a “turbulent and changing industry.”

Ms. Bird shared the results of ICDD’s May 2018 member survey indicating 87 percent of downtown Iowa City business owners feel optimistic about their ability to grow and prosper in the area. She also highlighted a number of upcoming projects set to open this year and next, including six hotels, seven mixed use projects, and a new RAYGUN store on the corner of Washington and Dubuque streets, which she called “a key corner for downtown, which hasn’t really had a retail presence.”

Over the past year, the ICDD has generated downtown economic activity through a number of events, including the well-received Downtown Block Party, which attracted more than 30,000 people and coverage in the Wall Street Journal; pop-up shops on the Ped Mall over the winter holidays, and the hiring of Angela Winnike, the city’s first “nighttime mayor,” to support businesses that mainly operate after hours.

Ms. Bird said ICDD hopes to keep the momentum going in the next year through the “historic face lift” of the Ped Mall, the return of the CoSign project connecting artists with businesses to create unique signage, the expansion of the Iowa City Mural Project and by fostering unique business and cultural collectives.

An example of what those collectives could look like came from Jon Sewell, owner of D.P. Dough and founder of CHOMP food delivery service, which came together late last year when market leader GrubHub bought the Iowa City division of OrderUp and promptly doubled the rates charged to restaurateurs.

Twenty local restaurants partnered up to start the homegrown service that just six months after launch serves 125 area restaurants and averages about 350 deliveries a day.

“We turned a for-profit model into a public utility,” Mr. Sewell joked.

Building on the success of CHOMP’s food delivery model, Mr. Sewell and his partners are now looking at partnering with retailers outside the restaurant world to kick off CHOMP Shop, which would deliver other goods and services to customers. Mr. Sewell said CHOMP will meet with representatives of John’s Grocery and New Pioneer, is in discussion with officials at the RISE at Riverfront Crossings development to offer a concierge service for residents, and could even move in to challenge companies like Uber and Lyft.

“We have the ability and infrastructure to move anything from point A to point B,” he said, adding that retailers and restaurant owners are “under the same types of threats” from national competitors.