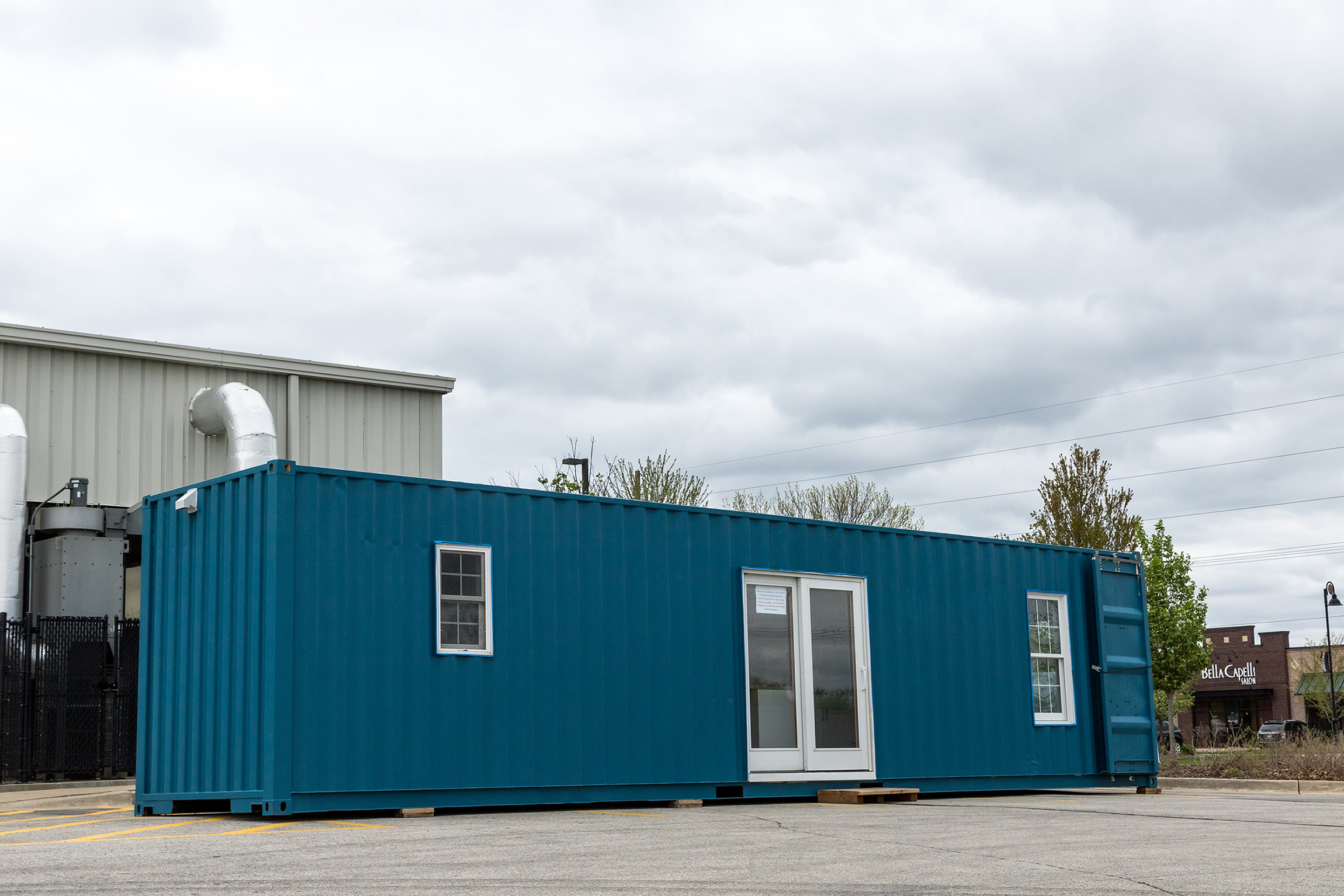 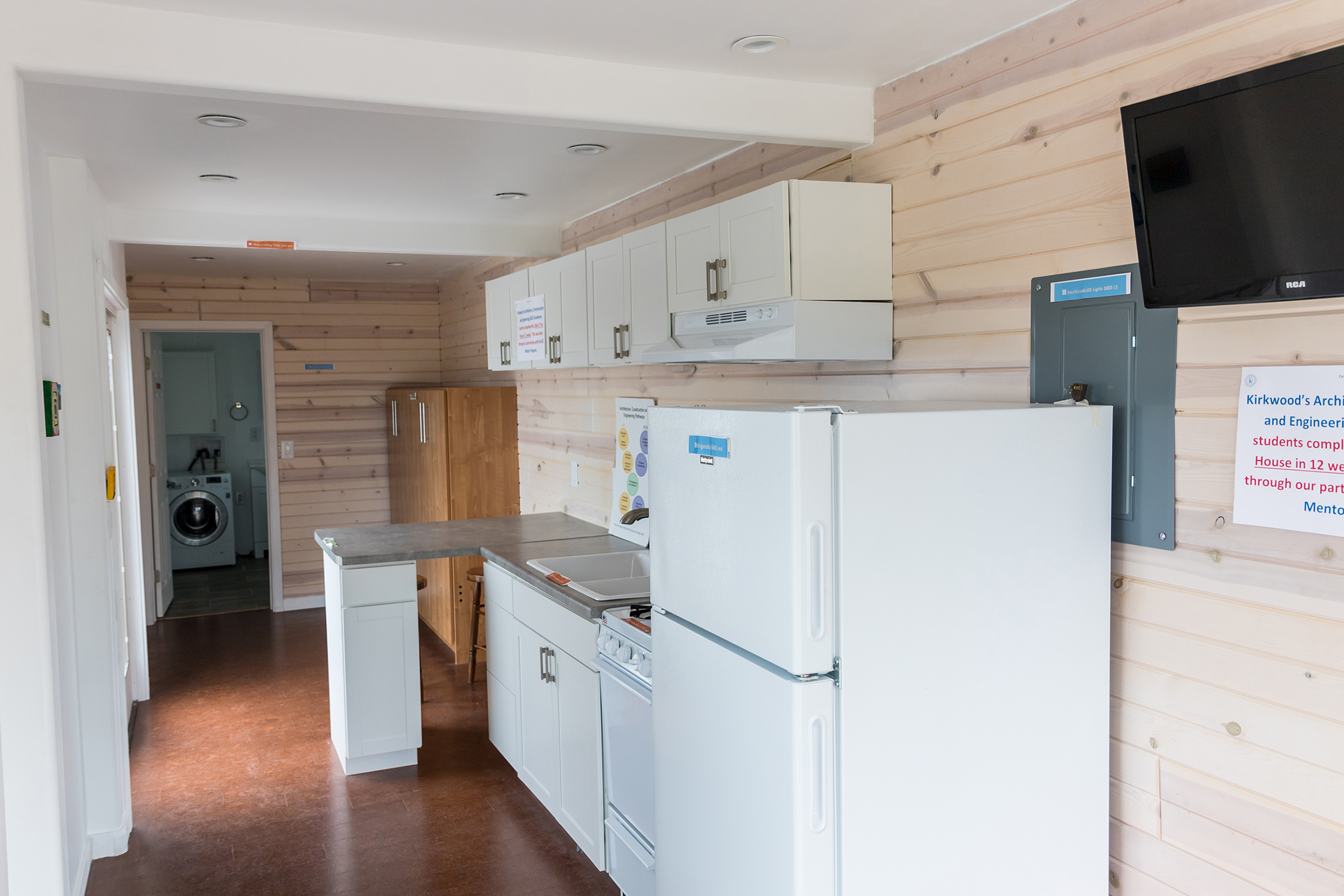 A look at a tiny house built out of a shipping container by area high school students through a program at Kirkwood Community College. The Greater Cedar Rapids Housing and Building Association is working to continue the training under the banner of Project TINY, said Executive Director Melissa Olson. PHOTOS KIRKWOOD

The old question “what’s in a name?” has been a weighty consideration for the association representing homebuilders and remodelers in the Cedar Rapids metro.

The Greater Cedar Rapids Area Home Builders Association had been a good name for decades, and was synonymous with large events connecting builders and potential buyers: the Cedar Rapids Home Show, the Remodelers Showcase and the Spring and Fall Parade of Homes.

Pressure to reconsider the name came from industry shifts that led the association to seek a broader appeal, said Executive Officer Melissa Olson. Fewer of the younger builders entering the Cedar Rapids market were becoming members, and the organization’s existing builders were increasingly crossing over to commercial and mixed-use projects.

Chad Pelley, the association’s president, saw the shift firsthand as both a civil engineer and business development manager with Ahmann Companies, based in Hiawatha.

“It was almost like you saw a natural progression,” Mr. Pelley said. “They would start out as a framing carpenter or trim carpenter. Then they would start building homes, and then developing lots. Eventually, they would take on commercial projects.”

The move toward commercial projects wasn’t so much a planned progression, as it was a reaction to market opportunities, Mr. Pelley noted.

“Builders are like chameleons – they change with the environment,” he said. “When the environment is strong for commercial, as it has been lately, they just migrate to it.”

The association’s marketing committee investigated other associations that were also part of the National Association of Home Builders, and found that many were broadening their names to attract more contractors. The rebranded organizations tended to limit or eliminate the word “home,” and emphasize “builders” or “building industry.”

The specter of such a change raised some red flags for committee members, however. They realized that the association’s valuable Parade of Homes events, in particular, were closely associated with the old name, or at least its acronym, the HBA.

“Everyone who’d been to the Parade of Homes knew the HBA,” Ms. Olson said.

The committee found a solution in a subtle name change that allowed the association to both broaden its base and keep its familiar acronym.

The Greater Cedar Rapids Area Housing and Building Association was introduced last November to more than 300 attendees at the association’s Building Our Community Gala.

“We’re excited about including the commercial sector of the industry,” Mr. Pelley said.

It’s a natural extension of the association’s mission, he noted, because local and state regulations governing building standards such as topsoil depth and sprinkler requirements usually affect both home and commercial construction.

The new name was rolled out with a logo that incorporates a commercial building between two homes. It replaces an old logo with an eagle as its central image, Ms. Olson said. An arching line above the building connects the image together and helps underscore the message that “we’re together, building our community,” she added.

The association has bolstered that message by expanding its community outreach. For the past two years, the association’s members have partnered with Cedar Valley Habitat for Humanity in the Home Builders Blitz, providing labor and materials to build three homes in five days.

Last year, the association worked with high school students in a Kirkwood Community College program to expose them to building trades. Students took a steel shipping container and converted it into a functional, efficient tiny house, which will be displayed in the fall Parade of Homes.

Ms. Olson said the association and Kirkwood are carrying the effort forward under the banner of Project TINY (Trades Investing Nurturing Youth). Although it won’t necessarily involve building a tiny home every year, it will continue to give high school students an introduction to the building trades by providing them with the materials, tools and resources to build a small-scale structure.

Association leaders hope the knowledge and feelings of achievement students gain from the projects will influence their career choices.

“One of the biggest issues for us as an industry is finding good labor, and most of the high schools, unfortunately, are just focusing on four-year degrees,” Ms. Olson said. “We want to get the message across that the trades are an option for you, and you don’t necessarily need a four-year degree to have a good career.”

The association also funds five Kirkwood scholarships annually through the Kirkwood Community College Foundation, and recently donated $5,000 to Operation Home, a program of the Hawkeye Area Community Action Program that provides stable housing for veterans and their families.

Over his years of membership, Mr. Pelley said he’s found that some of the greatest benefits of membership aren’t as well known as the Parade of Homes or the Cedar Rapids Home Show. He said members make invaluable business connections through social activities the group sponsors throughout the year, and gain access to discounts on everything from new trucks to insurance.

When selecting subcontractors and suppliers, “Many of our members will only work with HBA members,” she said.

While aware of national trends affecting the membership of homebuilder associations, Ms. Bohnsack said the Iowa City HBA isn’t planning to change its identity or membership base at this time. The association has continued to grow, she said, and while some of its members build commercial structures and homes, the larger contractors handling the spate of new mixed-use projects in the area are generally not association members.

Attracting and retaining younger members is a challenge for the Iowa City HBA, Ms. Bohnsack said, in large part because younger builders have more demands on their time from family responsibilities and growing their own businesses. She said the association makes recruiting them a high priority, stressing opportunities like the Parade of Homes to give their companies broad exposure to homebuyers.

The name change rollout at the Greater Cedar Rapids Area Housing and Building Association still hasn’t run its course. Ms. Olson said the recent Spring Parade of Homes was the first to use the new name, and she expects awareness of the change to take time. After getting confused reactions from the public when using the new name in conversation, she’s glad the marketing committee picked a name with a familiar acronym.

“When I answer the phone now, I just say, ‘Greater Cedar Rapids HBA.’”