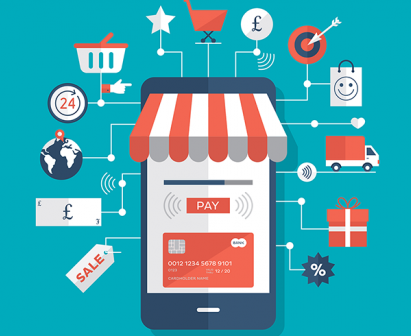 Note: This is the third part in a series about the Future of Retail. You can read parts one and two here.

The ability to analyze and act on data has become a critical survival skill in retail, and one of the factors separating winners from losers in an increasingly digital economy.

Independent appliance retailer Tim Slager of Slager Appliance in Iowa City has reluctantly waded into the oceans of data in the last year or two, where he realizes the fishing is better. Mr. Slager, who’s been in the business for over 30 years, has prided himself on knowing his customers personally.

Influenced by online competition and his buyer’s group, he’s learning about Google Analytics and studying the online shopping patterns of his customers. He has already picked up on tricks like offering the best prices on his website from 10 a.m.-12:30 p.m., when web traffic is highest.

A reluctance to take on the challenge and potential of analyzing customer data is a common issue for smaller retailers, says Peggy Stover, president of Cedar Rapids-based Annex Analytics, which helps businesses build strategies around data.

“Data is really about understanding your business and providing products and services your customers want,” Ms. Stover said. “That hasn’t changed in years. What have changed are the tools to do that.”

Ms. Stover, who also directs the undergraduate Marketing Institute at the University of Iowa’s Tippie College of Business, says every retailer routinely collects data on transactions – namely products, prices, the buyer and the time of purchase. Some retailers also coax customers into providing contact information such as email addresses and phone numbers.

Companies with an online presence can collect additional troves of information. Almost every consumer-facing website now loads cookies onto the browsers of those visiting, making it possible to track their browsing activity with each return.

It all adds up to an exploding world of possibilities for retailers, driven by the declining cost of digital storage and processing power, improved software tools for analyzing data, and the ability to connect them all using the internet and the cloud.

Market segmentation is one of the basic uses for consumer data. By analyzing relationships within the data, Ms. Stover said patterns tend to emerge about what types of consumers buy what goods, at which price points and at what times.

“If you are a pet store, analyzing data might show you that your average ring [cash-register ring-up] is $15, and that most people come in between 3-5 p.m.,” Ms. Stover said. “If you are selling a lot of pet beds, you may want to up your inventory of dog beds.”

The data is usually collected automatically from the point-of-sale terminals used to ring up transactions and credit card processing terminals used to collect payments. Partly because there are still many cash purchases, many retailers also offer loyalty cards to collect data by offering modest discounts in exchange for a “swipe.”

“That Hy-Vee [Fuel Saver] card keeps track of everything you bought and that data gets sold to another company that then sells it to companies like Kraft and Johnson Wax,” Ms. Stover explained. “Whenever you buy a competitor’s candles, I’m going to kick out a coupon for one of my candles for the next time you come back.

Tools such as predictive modeling and marketing neuroscience can also tell retailers what other products or services the consumer may be needing, so that they can send offers or reminders. They might show that a consumer who buys floor polish also buys rugs, or a consumer who buys expensive gin buys more than the usual amount of steaks.

Helping small businesses deal with the data challenge is a goal of firms like Annex Analytics, but it’s also being approached from a different angle by North Liberty-based BlendCard.

“Small businesses are data-starved,” said founder and CEO Paul Kongshaug. “Whether they’ve even been trying to leverage data is a bigger question.”

BlendCard aims to automate the use of data for small businesses by giving them a kind of universal loyalty card. The consumer gets deals and special offers, and the retailer gets data about what, where and when the consumer is making BlendCard-linked purchases.

“What we’re sharing with the business is that this shopper has these preferences, and where and when they like to shop,” Mr. Kongshaug said.

BlendCard allows consumers to carry just one loyalty card for multiple retailers, and offers a more “open and honest” relationship, in which users understand they are providing a certain amount of data in exchange for rewards.

Mr. Kongshaug believes consumers are increasingly sensitive to the way their data is collected and used. He said BlendCard addresses those concerns by focusing on capturing spending and purchasing habits, instead of personal information.

The sophistication of data used by online retailers is perhaps epitomized by the Google Analytics Solutions toolset from parent company Alphabet, which helps track, analyze and visualize customer activity on their websites, among other things.

Online retailers are now using real-time bidding platforms to determine which company or product’s ad will appear in the browser window of a shopper on a particular webpage, based on their browsing history. The pop-up ads and offers are examples of predictive analytics, according to Ms. Stover.

For the largest online retailers, data has become the fuel that drives business.

“Amazon is special,” said Nick Street, professor of management science at the UI’s Tippie College of Business, who oversees the college’s data analytics degree program. “Every part of what they do is data-driven decision making.”

While real-time data analysis continues to become more sophisticated, Mr. Street says the biggest area of interest is moving the focus away from the customer and toward their friends.

“The really hot new area from our point of view is network mining,” he said. “Its purpose is to understand what your preferences might be based on your social connections. What are your friends doing?”

Mr. Street said network mining, to the extent that social networks such as Facebook and Twitter can be reconstructed, can help predict consumer behavior and preferences based on those around them. It may also offer the ability to better predict the next trends to go viral – including the purchases that will go along with them.

“If you really want to market effectively, you look at who the influencers are in a crowd,” Mr. Street said. “If you can interest them, you can influence the followers.”

Mr. Slager says having all that additional data has forced him to make some tough decisions. He’s cut profit margins sharply on some items because he now knows they can help him land bigger sales.

Mr. Slager has even become a Google Analytics fan — almost. He remembers when his advertising representative from a weekly shopper couldn’t even tell him which of the four monthly editions would provide the best response. He says Google Analytics now gives him a complete report card on how he’s doing.

“I’m Fred Flintstone being pushed along by an electric car,” he says.