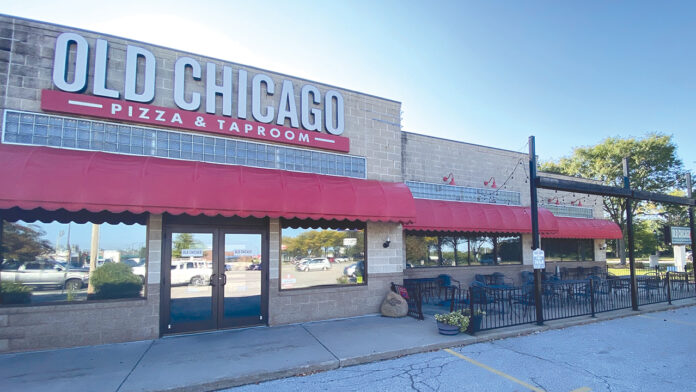 In a growing city like Coralville, owning a business along the strip on Highway 6 would seem like a home run for owners looking to attract customers.

But as several restaurants have found, having a storefront on a street with a lot of traffic doesn’t guarantee success.

In August, Pita Pit was the latest restaurant in the area to close its doors, joining Old Chicago and Guild to the southeast, which closed earlier this year. 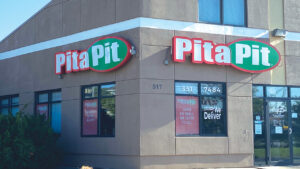 Pita Pit has 210 locations across the country, but no longer has a Corridor presence. On its front doors next to a handwritten note that says “Closed” is a sign that stated the business was looking for more staff.

“Throughout the area, small businesses like ours are struggling to find people to hire,” said the posted message. “The service you have come to expect will be back again as soon as these open positions are filled.”

Finding and retaining employees is not a new challenge for area businesses, but Coralville City Administrator Kelly Hayworth says workforce problems are still present in all industries, referring to the concern as a “constant battle” businesses must face.

“Obviously, it’s not just Coralville,” he said. “It’s lots of locations. For Old Chicago and the Guild, their biggest issue from my understanding was getting employees and staff. It continues to be a real struggle.”

Even for newer but more established businesses like Brick and Iron, which opened in December 2020, workforce is still a tricky obstacle. The business, located near the Iowa River Landing, has posted on Facebook on three separate occasions about staffing shortages that have forced the bar and restaurant to either adjust hours or close entirely for the day.

Bill Lucas was the Old Chicago co-owner for 22 years. He told the CBJ that after COVID-19, the drop in business was noticeable. He noted that finding employees was difficult, but “that’s everywhere.”

“Many places are still recovering from the pandemic,” she said. “Food prices are still high. And since more people expect to work remotely, that flies in the face of many of these restaurant service jobs.

“Business owners get to the point where they wonder if it’s still feasible to continue,” she added.

While Coralville has experienced some closures, the city also welcomed newcomers to the scene.

Last September, Tavern Blue held a grand opening for its beach-themed restaurant. Pat & Fran’s Irish Pub, although not located on the strip, opened in November 2020. Chart Room — a bar that encourages customers to BYOF, or Bring Your Own Food, from other restaurants — opened last January. All three businesses are part of the ICAB.

Other additions include Si Senor 2, a Mount Vernon-based Mexican restaurant that opened its Coralville location in March, and four new retailers that are set to join Coral Ridge Mall starting in October.

Ms. Casko thinks new restaurants need to think creatively about staffing needs, like offering signing bonuses and other incentives to offset not being able to offer remote work.

“I think having a strong workplace culture also goes a long way,” she said. “We see that it’s important to help employees grow.”

A development proposal (called Gather Iowa) designed to revitalize the southeast commercial district subarea is making its way through Coralville City Council and could be one solution to making sure businesses in Coralville thrive.

The plan calls for a large mixed-use building with housing and restaurant space, as well as re-envisioning an area that is “heavily auto-dependent, mainly commercial and has outdated strip malls and poor site design,” according to council documents.

“I think it’s a good thing,” Mr. Hayworth said. “It does revitalize that area. It brings more people into that area. I think, from that standpoint, it would help some of the existing businesses there.”

Concerns from city council over the plan potentially displacing residents and minority small business owners in the area prompted Rael Development Corporation officials to pledge to keep the area affordable. Ideas included starting a collaboration with an organization like The Housing Fellowship, have a percentage of the area designated to affordable housing units or eliminate the townhomes in the plan. It’s possible a combination of these options could be utilized.

“Affordability is a question that’s still out there,” Mr. Hayworth said. “The developer is working on options, but we haven’t heard a report back yet.”

The 12-acre area includes land near Walgreens and MidWestOne Bank in the east and the Iowa Lodge to the west. El Dorado Mexican Restaurant and Tabooleh Mediterranean Buffet are a few of the potentially affected restaurants.

While a master plan and site rezoning was passed unanimously Aug. 23, a site plan still needs to be passed for the development to take place. A site plan has not yet been submitted from the developer and it’s unclear when one will be sent to city staff, Mr. Hayworth said.