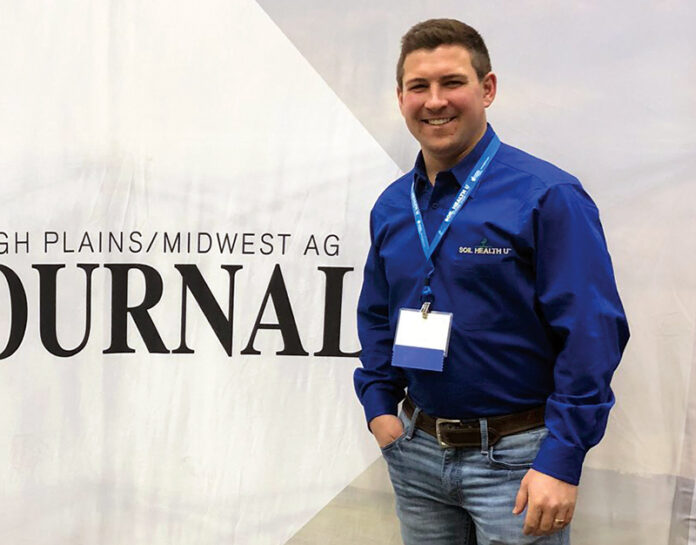 A Washington-based soil testing company is headed to Memphis to take part in an accelerator that has already hosted some of Iowa’s highest-profile agtech startups.

ContinuumAg CEO Mitchell Hora will participate in the AgLaunch365 accelerator along with five other companies – including Sigma0 of Des Moines – selected in late December as part of the AgLaunch & Farm Journal Row Crop Challenge competition.

“What’s really cool about AgLaunch, and what drew me to them, was they’ve got a large network of farmers and acres you can trial on,” Mr. Hora said in an interview with the CBJ. “That’s what I think is really cool – to get into the program, farmers judged pitches and decided what they wanted to see.”

ContinuumAg was founded nearly five years ago when Mr. Hora was a junior at Iowa State University. Inspired by his family’s agricultural heritage — they farm about 800 acres in Washington County — he built an early platform designed to help farmers analyze and improve the fertility of their soil, while reducing the need for fertilizers and chemicals.

While the company began, and continues to operate, as a traditional soil consultant — using satellite and aerial images to establish soil testing zones, and compiling the results of soil sample tests done at commercial labs — it is moving toward a software-as-a-service (SaaS) model, where it licenses its software to other agronomy companies, as well as supply chain companies looking to create “farm-to-fork data transparency,” according to Mr. Hora.

In addition, the company has attracted the attention of manufacturers, who pay it to conduct third-party field trials of their agricultural products. In the process, Continuum Ag has amassed one of the largest private collections of soil biological data.

“It’s tough to scale a consulting company when there are hundreds of millions of acres around the world that need this data,” he added. “We want to team with Corteva, with Indigo Ag, with FBN [Farmers Business Network] and deliver our little piece of the [soil health] puzzle.”

The company has kept its operations lean so far, limiting the amount of money it needs to raise. It previously secured $50,000 from an angel investor in Indiana, and another $25,000 through Iowa’s Proof of Commercial Relevance (POCR) loan program. It will now have a chance to draw investments from Innova and the Ag Venture Alliance, although Mr. Hora said it likely won’t “be crazy amounts.”

“We’ve had revenue since day one. As a farm kid, you go in and just sell things, that’s the whole deal,” he said. “We’re not really actively talking with other investors and pitching, just because we haven’t been super capital intensive.”

The AgLaunch365 accelerator will run through February, with field trials through the organization’s farmer network to happen later this year.