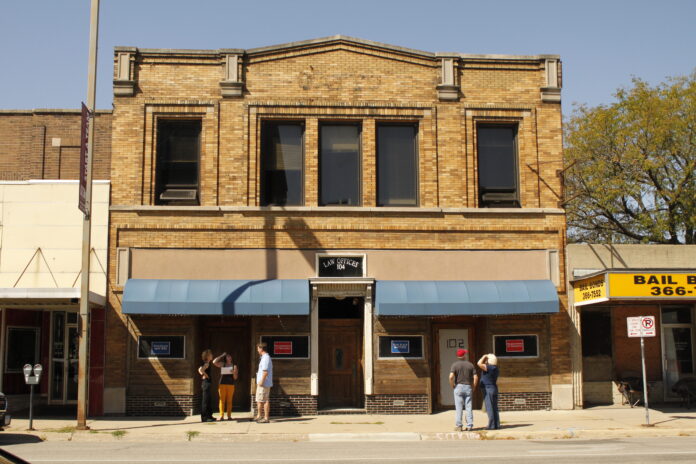 After the city celebrated a milestone in housing redevelopment, Save Cedar Rapids Heritage called attention to properties that still need help.

CEDAR RAPIDS–More than 1,000 homes were destroyed in the floods of 2008. During a public tour hosted by the city of Cedar Rapids Saturday, Mayor Ron Corbett announced that more than 1,300 have been rebuilt, thanks to $200 million in public and private investment. 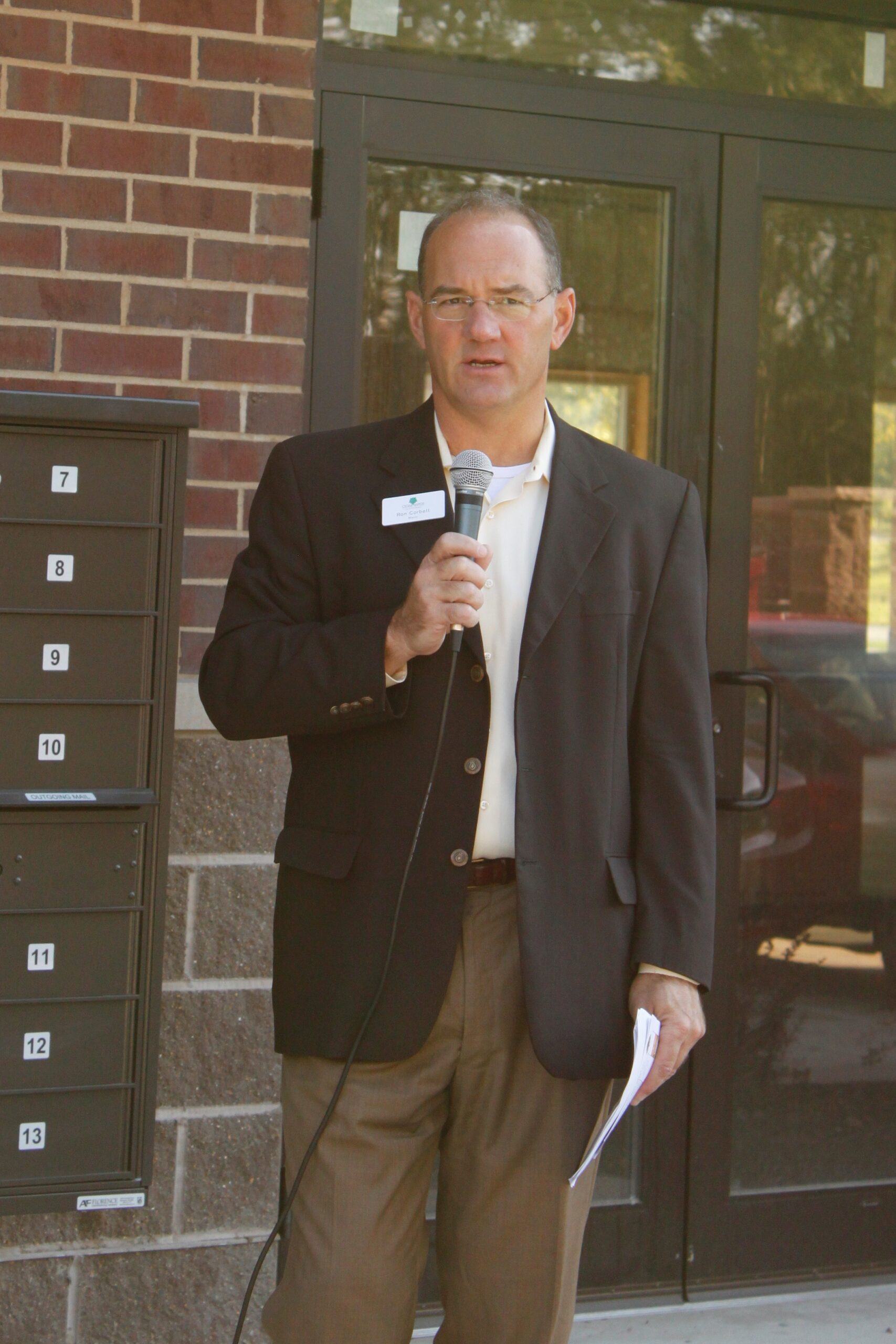 The tipping point was the Villages at 12 and 6, built by Sky’s Edge Development, where the tour began. It centered on the Oakhill Jackson neighborhood, which was one of the hardest hit in the 2008 floods. In addition to the Villages at 12 and 6, the public could tour Hatch Development’s Brickstones Apartments and see single-family houses in the neighborhood that have been built with ROOTS (Rebuilding Ownership Opportunities Together) funding.

“Strong neighborhoods in all of Cedar Rapids make a strong Cedar Rapids,” said Cedar Rapids Mayor Ron Corbett in his remarks, thanking the citizens of Oakhill Jackson as well as city officials.

A second tour, hosted by Save Cedar Rapids Heritage that afternoon, called attention to city-owned properties in the New Bohemia and loosely-named Kingston (west of downtown) neighborhoods.

The properties, which included residential and commercial buildings, are available for purchase for their most recent assessed value, or a fair market value if the assessed value is $0, said Beth DeBoom, president of Save Cedar Rapids Heritage. Additionally, several qualify for historic tax credits.

The buildings featured on the tour are scheduled to be demolished in the spring if buyers cannot be secured.

“We’ve lost so many already,” said Ms. DeBoom. “You look at the landscape, and you can see whole blocks are gone.”

Scroll down for photos from both tours. The tour began at the Villages at 12 and 6, built by Sky’s Edge Development. The building will eventually contain an organic foods store and bistro on the ground floor, developers said. The building was a $3 million project, and was supported by $1.3 million in public funds. The second multifamily building on the tour was the Brickstones Apartments, built by Hatch Development Group. The two buildings represent a $19.5 million investment, and include parking on the lower levels. 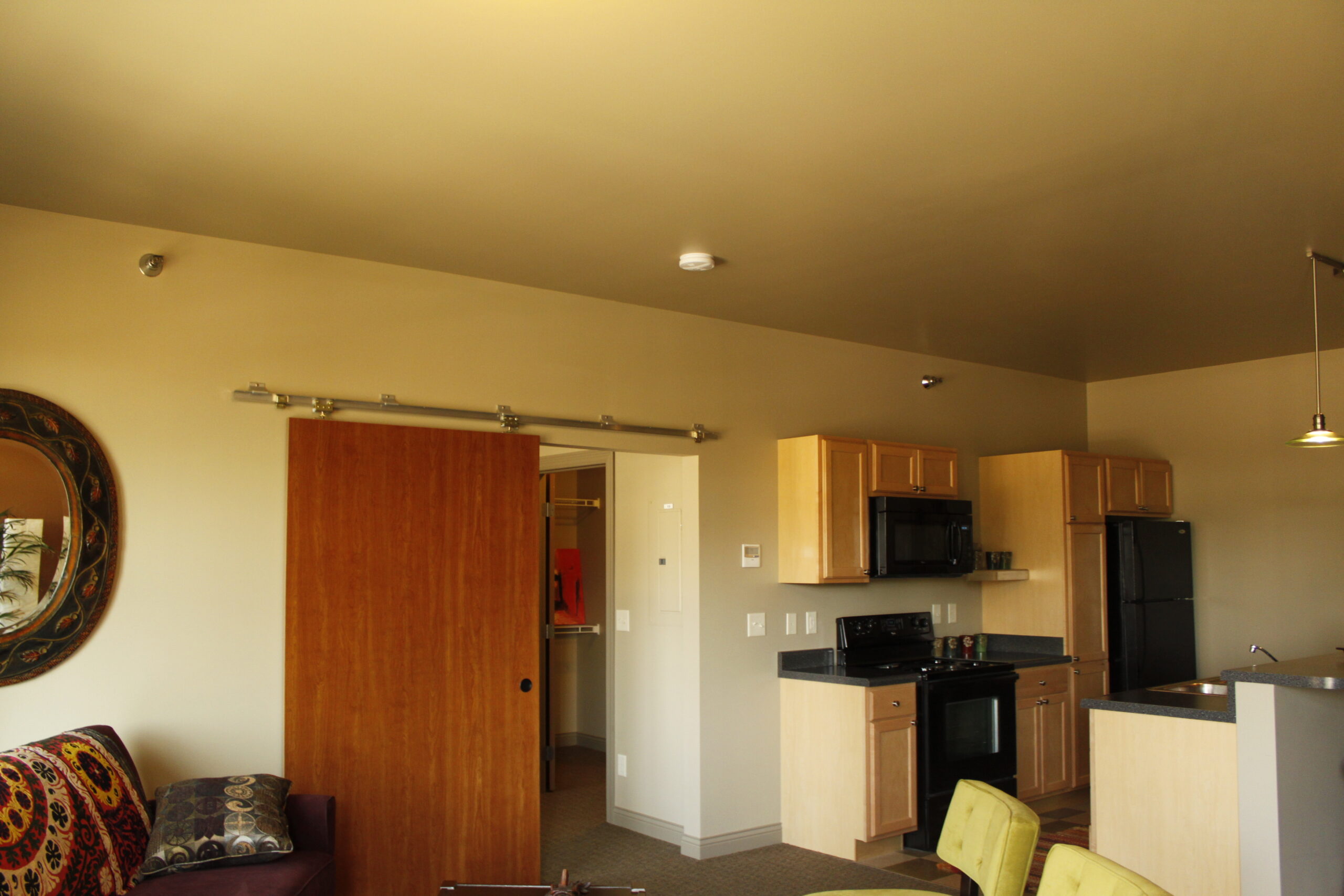 The building includes 1- and 2-bedroom apartments that rent for $490-560 per month. Residency is income-controlled. After being open for around 18 months, only two 1-bedroom units remain available. 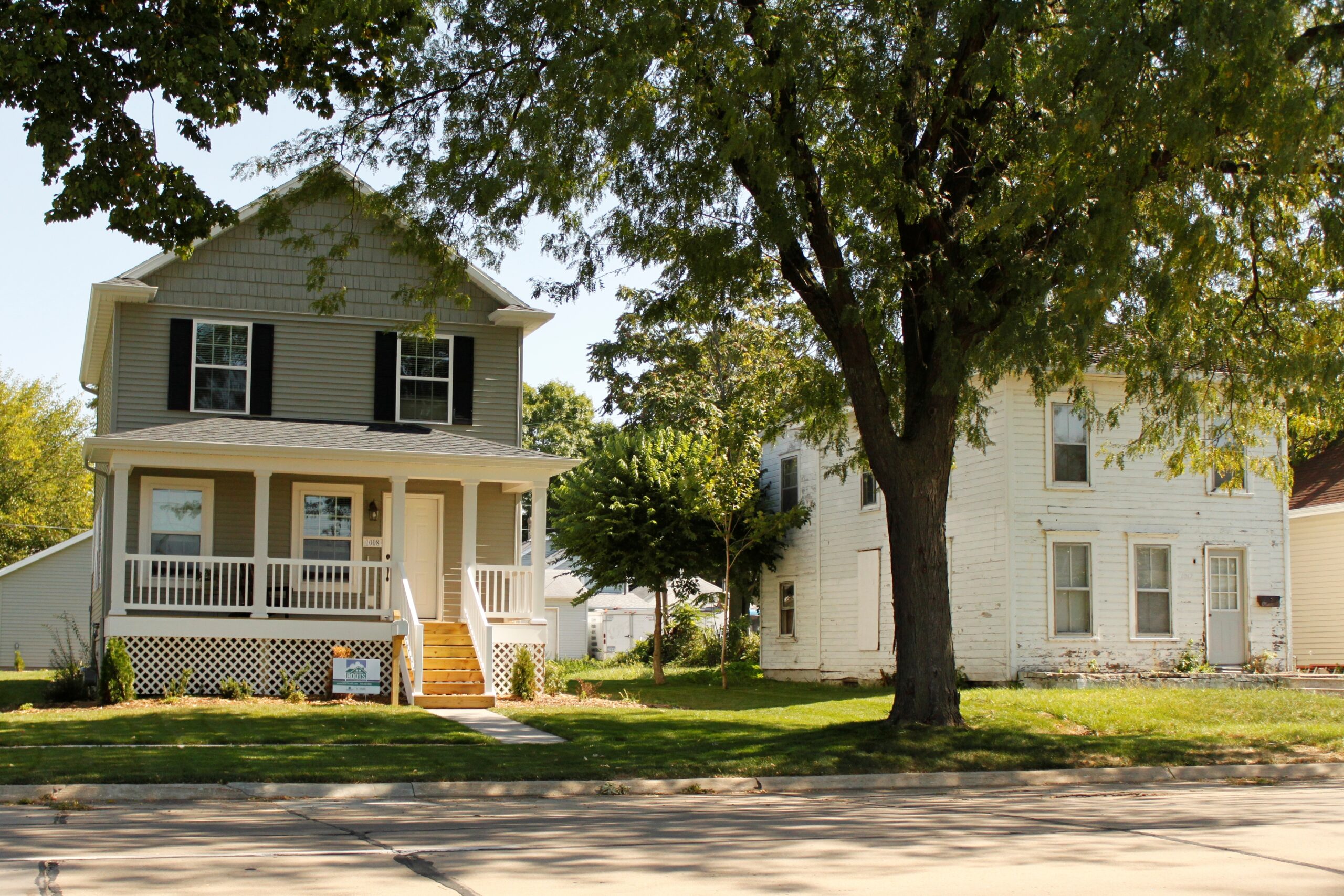 A completed ROOTS home in the neighborhood, on the left, and an older home on the right. The ROOTS program, which received funding from the Iowa Economic Development Authority, will build 200 single-family homes. An under-construction ROOTS project. Qualified buyers purchase the home before it is constructed, so they have a choice of floorplans. Qualified buyers receive up to 25 percent assistance on the home’s final sale price. 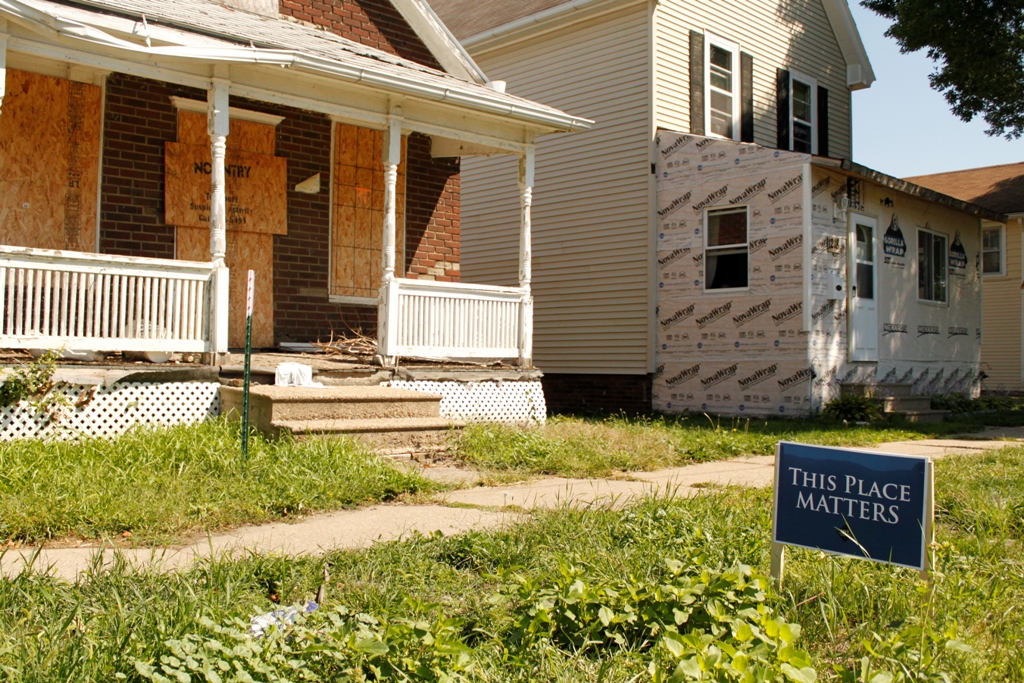 Signs reading “This Place Matters” and “Preservation In Progress” marked stops on the walking, biking or driving tour, including this house at 1216 2nd St. Southeast. 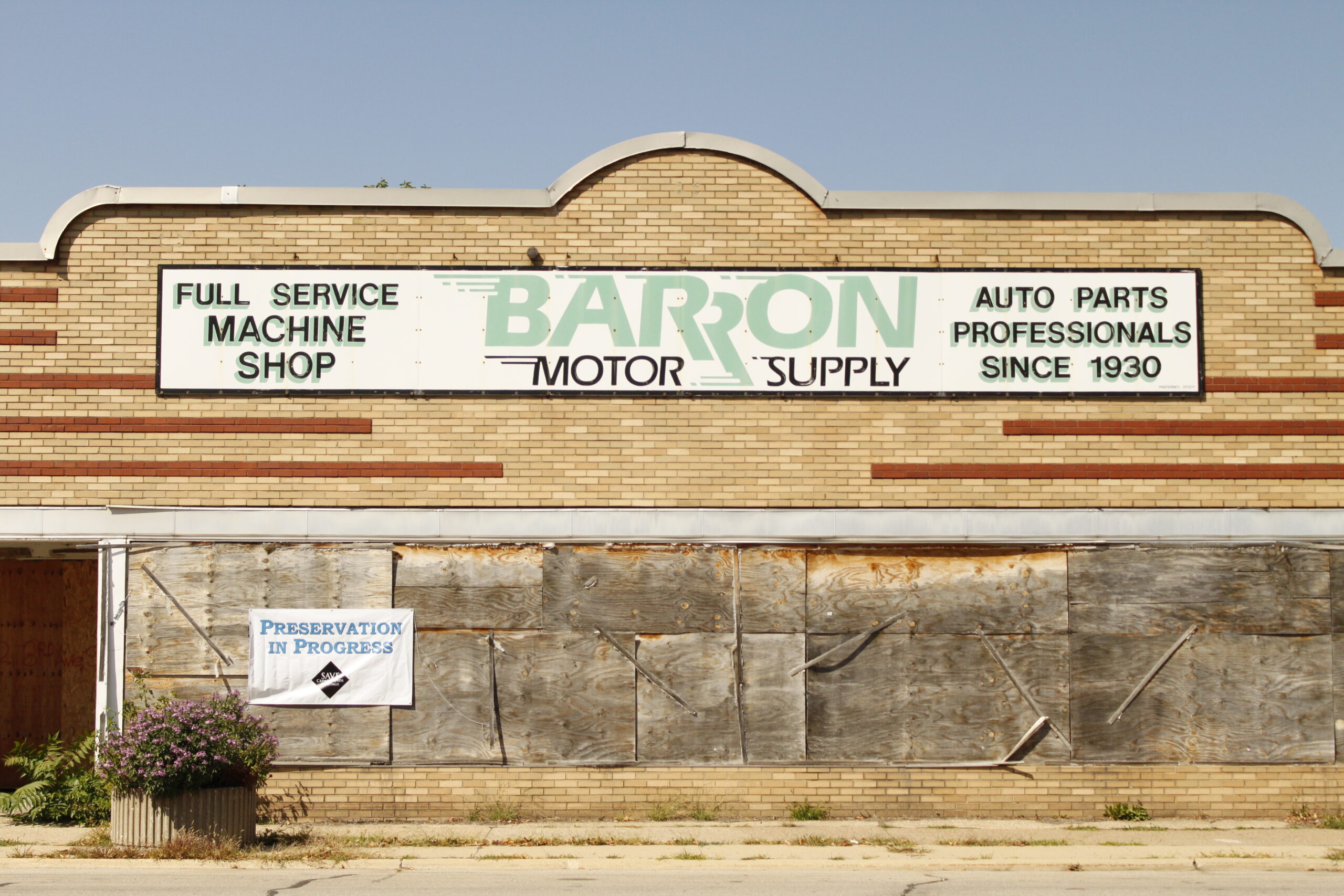 The Barron Motor Supply building’s facade is architecturally intact, according to Save Cedar Rapids Heritage documents. 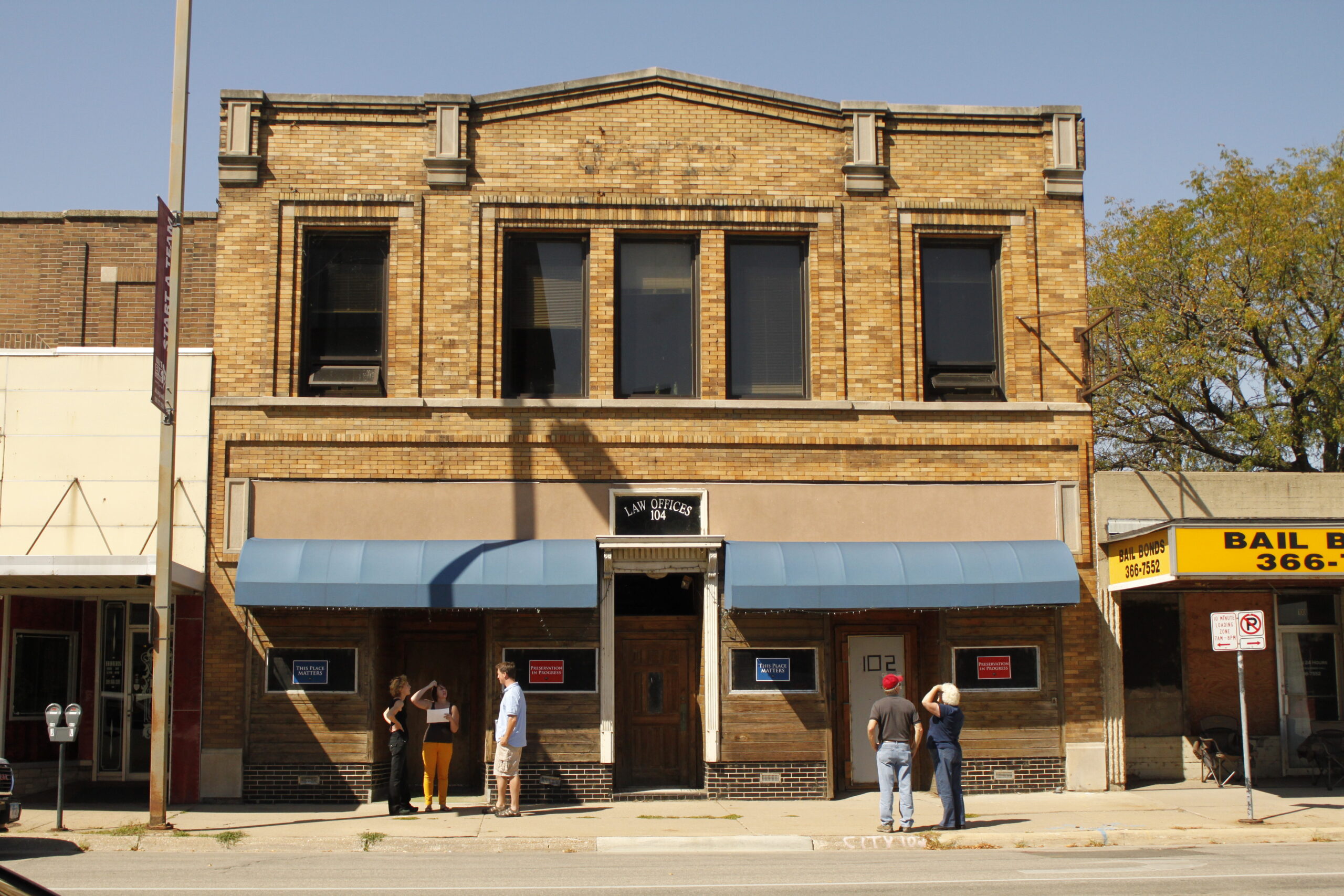 The Gatto Building, west of Downtown, was one of several non-residential buildings featured on the tour.

For more information on other historic properties on the Save Cedar Rapids Heritage tour, visit their Facebook page.