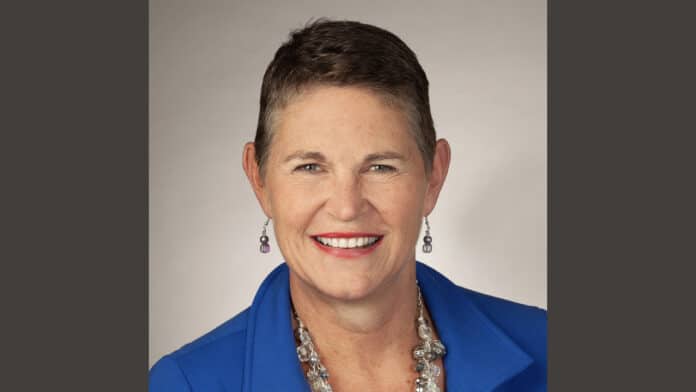 Terri Vaughan, a long-time leader in Iowa’s insurance community, has been named the professional director of the Vaughan Institute of Risk Management at the University of Iowa’s Tippie College of Business.

The Vaughan Institute offers a variety of programs and classes for undergraduate students who are interested in pursuing careers in risk management and insurance, including a certificate in insurance and risk management. It also conducts research in the field. As professional director, Ms. Vaughan will focus on extending the institute’s reach to industry, alumni and other units within the university. The institute is named after Emmett Vaughan, a longtime professor of insurance at the University of Iowa and Terri Vaughan’s father.

Ms. Vaughan is a past commissioner of the Iowa Insurance Division, which regulated the industry in the state, and later served as chief executive officer of the National Association of Insurance Commissioners, an industry trade group based in Washington, DC. She also served as a distinguished professor at Drake University, teaching insurance, risk management, and actuarial sciences, including serving as director of the school’s Insurance Center and as dean of its College of Business and Public Administration.

Ms.  Vaughan earned her bachelor’s degree in insurance and economics from the University of Iowa and her PhD from the University of Pennsylvania. She has received frequent recognition for her work, including being named Insurance Woman of the Year by the Association of Insurance Supervisors, being named a Top 25 Living Legend in Insurance by National Underwriter, and inclusion in WomenInc. Magazine’s list of most influential corporate directors. Her scholarship is widely published, and she has testified frequently before Congress about insurance-related policy issues.

She will begin working at Iowa on Sept. 1.