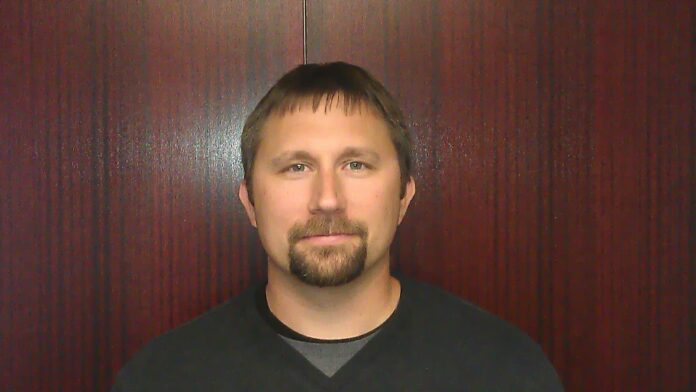 He has a strong sense of commitment.

In the nomination of Toby Bral, MSI Mold Builders President Roger Klouda said: “Toby has shown a strong sense of commitment over the five years we have worked together. A strong family man with local family ties, he truly enjoys the area’s wealth of opportunities,
both professionally and socially.”

Those opportunities keep him busy. Mr. Bral is vice-chairperson of the Advanced Manufacturing Industry Sector Board for the Cedar Rapids/Iowa City area, member of the Project Lead the Way Advisory Board and graduate of the Iowa City Community Leadership Program.

“At MSI, we’re basically on the border of Johnson and Linn counties, so we’re a member of both chambers; we’re pretty equally involved in the communities in Cedar Rapids and Iowa City,” Mr. Bral said.

In high school, Mr. Bral was interested in math and science. He started in chemical engineering at the University of Iowa, before switching to electrical engineering to work with computers.

He was asked to join the Advanced Manufacturing Industry Sector Board to help Kirkwood Community College identify gaps in the skills needed by local manufacturing employers.

“The big push now is, ‘how do we push the message that manufacturing is a great career to have?’ It’s not what it used to be 30-40 years ago, with dirty manufacturing and being a second- rate job,” Mr. Bral said. “If you go to our floor, it’s extremely clean, most of the people on the floor are working computers to run machines, very smart individuals making very good money and not having to go through four years of college to do it. The main thing now is, how do we get the message out that we’ve got $20+ an hour jobs for people who are really interested in creating things and working in a clean, air-conditioned environment?”
MSI Mold Builders is trying to hire several machinists and is having a difficult time finding people with the right skills to fill those jobs.

“We’ve had a generation that didn’t push anyone into manufacturing,” he said. “(It was) ‘go get your four-year degree and be a nurse, be a lawyer and I think things are starting to come around again where there’s more of a push to buy things that were made in the U.S. and people realizing we need to be manufacturing things, we can’t just trade services with the entire economy and think we’re going to get ahead.”

He is an important part of MSI Mold Builders’ succession plan and has taken over the responsibility of the company’s one-year and five-year strategic initiatives. He also led the
organization through the certification process of ISO (International Organization for Standardization) 9000.

“Nine thousand is a quality system certification and it gives your quality system some repertoire in the world market that this company meets these internationally-accepted standards of a good, quality system,” he said. “It all focuses around meeting customer expectations, making sure that if we don’t that we’re handling it in an appropriate manner and that we’re doing continuous improvement. It was a year-long process, documenting
what we do, trying to get a real good feel for what processes we do everyday and then review those things and see what improvements we can make.”

He earned a bachelor’s of science degree in industrial engineering and a master’s degree in business administration, graduating with distinction, from the UI.
“I hope I never quit learning, I hope I don’t think I have it all figured out and always want to better myself,” he said.

Mr. Bral grew up in Marengo and lives there now with his wife, Kristen, and their two children.
-Gigi Wood