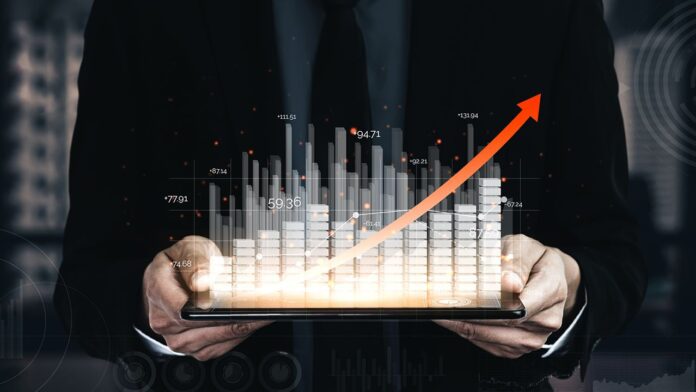 Just think how strong the economy would be if employers could find all of the employees they needed, and supply chain disruptions were fixed.

Here’s a mix of economic reports documenting the improvement we continue to make coming out of the pandemic.

“The overall region remains below pre-pandemic levels, but we’re moving in the right direction,” said Creighton University economist Ernie Goss in a recent press release about his monthly survey of business leaders across the Midwest. “Only one out of 10 supply managers report a lessening of bottlenecks and delays in deliveries. That’s where there are some real issues.”

Although Iowa’s business conditions index slipped to 69.5 in June from 70.2 in May in the survey, average hourly wages for manufacturing production workers in Iowa has risen 7.7% over the past 12 months, its growth in this category ranking third among the states surveyed, reports the Associated Press.

Architecture billings is another leading indicator of where the economy is headed.

Demand for design services from architecture firms, particularly those in the Midwest, continues to grow at a fast pace, according to a report from the American Institute of Architects.

As reported in the Des Moines Business Record, the group’s Architecture Billings Index score rose to 58.5 in May, up from April’s score of 57.9. Scores above 50 indicate an increase in billings. May’s score was among the highest in the index’s 25-year history. In May, the score for new design contracts reached a record high of 63.2; the score for new project inquiries was 69.2.

“The Midwest and Iowa are seeing the strongest growth in billings as compared to the other regions across the United States,” Jessica Reinert, AIA Iowa’s executive director, said in a news release. “This growth started in November 2020, and it has kept climbing upwards since.”

Regional average scores include 63.4 in the Midwest, 59 in the South, 57.4 in the West and 54.2 in the Northeast. Commercial/industrial had the highest sector score at 60.6.

And taking a broader look, the U.S. economy is also rebounding swiftly and is on track to regain all the jobs lost during the coronavirus by the middle of next year, in part due to huge amounts of federal relief spending, reports the New York Times. The gusher of outlays is expected to swell the federal budget deficit to $3 trillion for the 2021 fiscal year, the Congressional Budget Office said July 1.

The CBO also raised its estimate for gross domestic product, projecting a gain of 7.4% by the end of 2021 and 2.8% a year through 2025, well above its historical norm. The agency also predicts unemployment will continue to decline until it falls to around 4% in 2022 and remains there for several years, reports CNBC.

It’s amazing to see the progress we’ve made in a relatively short period of time.