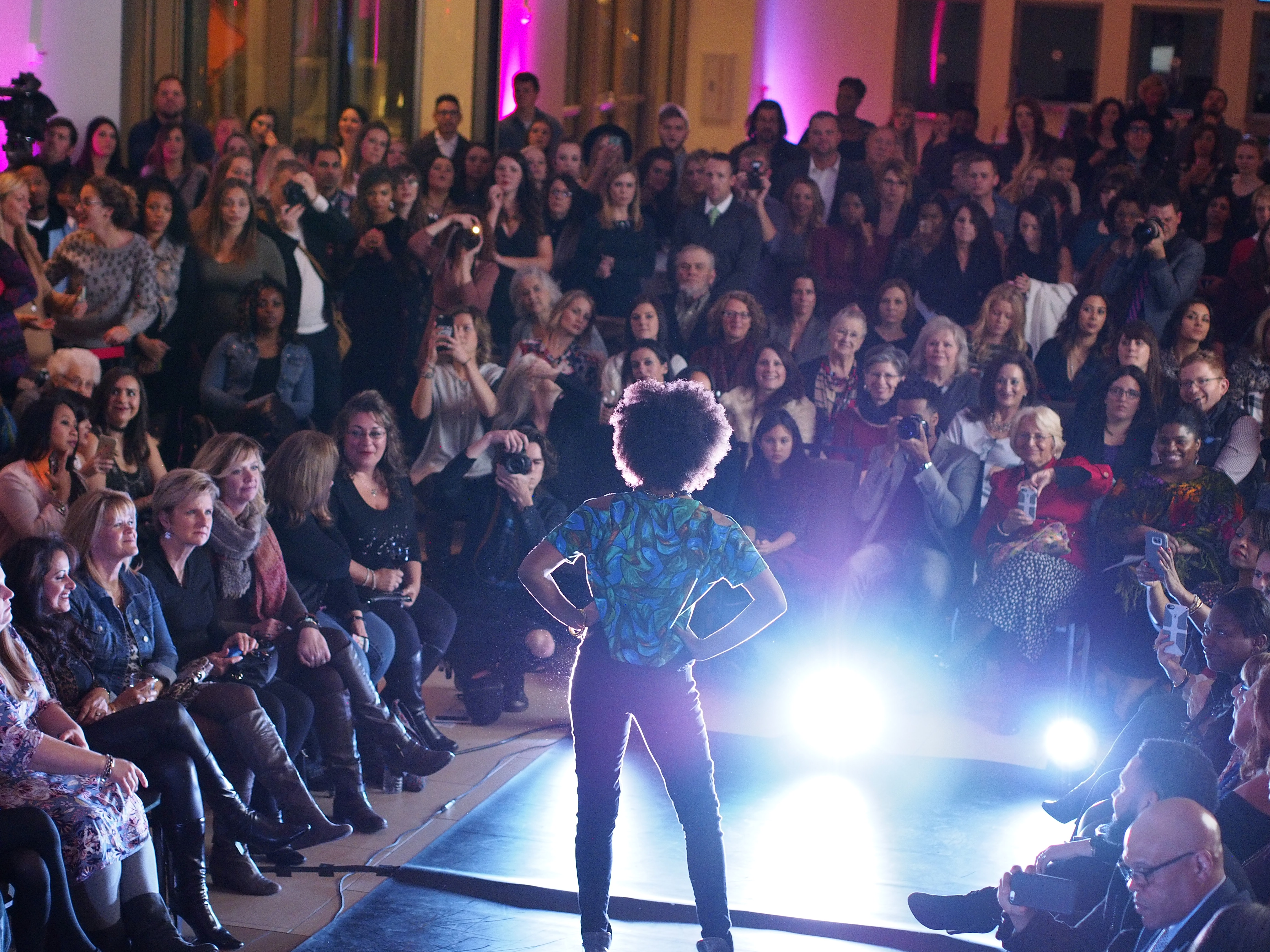 Iowa’s fashion scene was escalated this month during a first-of-its-kind show in the state, exposing the crowd to the Corridor’s artistic side.

“Sleigh the Runway,” held Dec. 1 at the DoubleTree by Hilton Hotel Cedar Rapids Convention Complex, utilized escalators its as the runway, bringing new meaning to the term “elevated fashion.”

The Iowa Fashion Project (IFP) and GO Cedar Rapids presented the event to an enthusiastic crowd of more than 300 people, proving that the high fashion isn’t just for places like New York and Los Angeles.

“I’m going to let you in on a little secret,” said Steve Shriver, master of ceremonies, as he introduced Sleigh the Runway to the audience. “Iowa fashion is alive and well, and you are going to experience it tonight.”

Guests were greeted with a cocktail hour and vendor show before the main event began with a modern dance performance, immediately followed by a parade of models showing off Iowa-made outfits and clothing lines on the catwalk.

Trends of the evening featured ensembles that reflected the dropping temperatures of an approaching winter season. Boutiques such as Mode, Insights and Splurge introduced tartan scarves and ponchos paired with knit sweaters and turtlenecks.

Embroidered details could be found on many pieces, from classic dresses by Jessie Zhao to bolero jackets from Industry. Acid-washed denim proved to be timeless as models strutted down the runway in jackets with studded shoulders and patches by designer Zach Owens.

Another trend was tulle accents on dresses from boutiques Rawson’s Daughter and Copper Alligator, the latter of the two incorporating a faux fur stole on a few models.

“The Iowa Fashion Project is all about bringing people together, and we continue to be inspired by the existing entrepreneurship community we already have right here,” Mr. Talley said.

The IFP has a goal of emphasizing the work people are currently doing and making the necessary connections so that the scene can grow and become even more successful.

“Some of what we’re doing is tracing what already exists. We have all this talent here – why not build with what we have?” he added.

“With this show, we were able to recognize longstanding boutiques and gain support from both Iowa City and Cedar Rapids fashion communities,” explained Amanda Lesmeister, producer of Sleigh the Runway and co-founder of the Iowa Fashion Project.

The project is currently working to develop more resources for designers and other fashion-oriented entrepreneurs.

“Since there already is this well-connected, entrepreneur-focused community in the Corridor, we’re looking to fill in the gap for fashion entrepreneurs and facilitate more fashion in this area,” Mr. Talley explained.

Visit IowaFashionProject.com to find more events in the area.

City of Swisher saves more than $150,000 paying off sewer bond