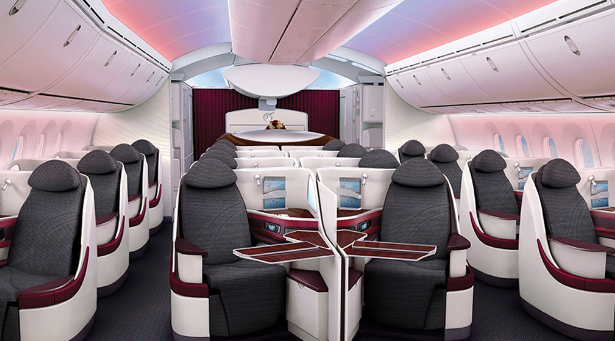 Rockwell Collins plans to acquire B/E Aerospace, the world’s leading manufacturer of aircraft cabin interior products, in a $6.4-billion deal that will become the largest in the company’s 83-year history.

The agreement to acquire Wellington Heights, Florida.-based B/E Aerospace was announced Sunday as both companies released fourth-quarter earnings. Rockwell Collins will pay $6.4 million in cash and stock, in addition to assuming $1.9 million in B/E Aerospace debt.

Leaders of the two firms began selling the deal this morning on a conference call, projecting that it is projected to boost Rockwell Collins earning per share by at least 10 percent in the first full fiscal year, and generate free cash flow of more than $6 billion over the first five years post-merger.

B/E Systems has about 10,000 employees and supplies seating, food and beverage preparation and storage equipment, lighting and oxygen systems, and modular galley and lavatory systems for commercial airliners and business jets. The products are complementary to many of Rockwell Collins’ own products for distributing information and entertainment to aircraft cabins.

Industry observers cast the merger as a response to pressure from major aircraft producers such as Boeing and Airbus on suppliers to lower costs. Rockwell Collins’ shares were down about 5 percent in early trading today.

Rockwell Collins does not expect any additional workforce reductions as a result of the transaction beyond those announced Oct. 12, Mr. Ortberg told employees.

The news was announced as Rockwell Collins reported fourth-quarter earnings per share from continuing operations of $1.48, an increase of 14 percent from $1.38 in the fourth quarter of fiscal 2015. Fiscal year 2016 sales were $5.26 billion, compared to $5.24 billion in fiscal year 2015. Earnings per share from continuing operations increased 6 percent to $5.50.