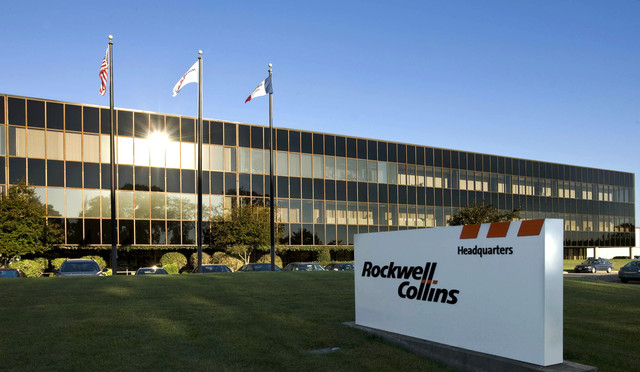 CEDAR RAPIDS—With an important new business segment, a series of major Boeing wins and versions of its newest flight deck going into production, Rockwell Collins is looking to hire and expand in the Corridor.

Rockwell Collins CEO Kelly Ortberg told shareholders on Feb. 5 that the company has achieved its goal of returning to top-line sales growth, and that not all of that growth has come from the $1.4 billion acquisition of Maryland-based ARINC in December 2013.

Mr. Ortberg said that the company’s Commercial Systems business grew by 6 percent in fiscal 2014, and Government Systems, while down 2 percent, has stabilized after reductions in recent years.

“They don’t build any other airplanes,” Mr. Ortberg said. “We did a full sweep of the flight decks.”

In an interview, Mr. Ortberg said the beginning of full-rate production on the big programs will mean more hiring by Rockwell Collins in Iowa.

“We’ll see a nice cadence of growth over the next five years,” Mr. Ortberg said. He also projected that in five years, the company will generate more revenue from international markets than from the United States.

The production ramp-up will start out with instrumentation and communications systems for the Airbus A350 XWB, which received FAA certification in December. It is Airbus’ newest mid-sized, long-range passenger jet.

Mr. Ortberg said Rockwell Collins has also scored a series of important avionics wins in the rotary wing market, and has been selected as sole source supplier of helmet-mounted displays for the F-35 joint strike fighter by the Naval Air Systems Command.

Additional mergers are expected to realize that strategy of adding value with information flowing from aircraft cockpit to ARINC network, Mr. Ortberg said. They are likely to be what the company terms “bolt-on” acquisitions of smaller companies that provide specific technologies or software.

In a conference call with Wall Street analysts, Mr. Ortberg and Chief Financial Officer Patrick Allen said that low petroleum process could boost the company’s aftermarket sales in the corporate jet market and air transport market later in the year, as more aircraft owners use fuel savings to make discretionary equipment upgrades. They said currency exchange markets will have a roughly $30 million negative impact on revenue, primarily due to the strength of the U.S. dollar versus the Euro.

Rockwell Collins shareholders re-elected Mr. Ortberg, board member Cheryl Shavers and Chairman Anthony Carbone to the board of directors at the meeting, the company’s first since former CEO Clay Jones left the board.