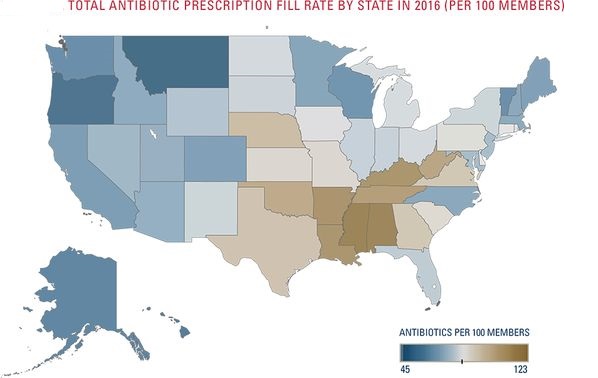 The rate at which outpatient antibiotic prescriptions were filled declined 2 percent among Wellmark Blue Cross and Blue Shield commercially insured members in Iowa, compared to 9 percent nationally from 2010 through 2016, according to a new study by the Blue Cross Blue Shield Association (BCBSA).

Within Iowa, there was a noticeable variation in the rate of antibiotic prescriptions filled in different cities across the state.

The report, “Antibiotic Prescription Fill Rates Declining in the U.S.,” represents a comprehensive study of outpatient medical claims from Blue Cross and Blue Shield (BCBS) members who filled antibiotics over a seven-year period.