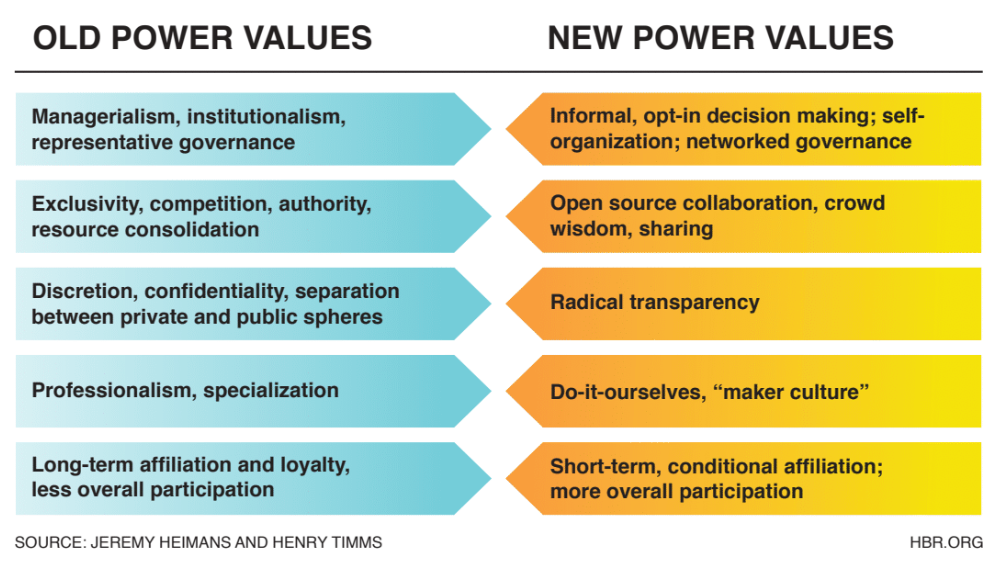 In 1958, “The Blob,” a B-movie sci-fi horror film was released. The storyline is basic. An alien entity – a mass of jelly-like goo – arrives by meteorite and devours citizens, growing larger, redder and more aggressive with each meal. That shapeless blob is a perfect symbol of what we used to, and to a certain extent still fear: the unknown.

We are living in the biggest shift of human history. The process of how we think, create and behave is something new. We are rewriting the physics of humanity as individuals, organizations and societies. Take a moment to appreciate the magnitude of that.

There is good reason to be awed and cynical about what the future might bring. We tend to fill the gap of what we don’t know by imagining a blob moving through our streets and sticking to what is comfortable. A blob causes us to have three reactions: fight, flight or freeze. Uncertainty and how we handle it drives our successes and failures.

A Harvard Business Review article, “Under-standing ‘New Power,’” cites a cultural shift from “Old Power” to “New Power.” For ex-ample, the cliché generational conflict between millennials and baby boomers is really about Old and New Power values. In another example, the last election cycle featured candidates of varied political perspectives overtly attacking the idea of Old Power (the establishment), while also failing to implement any core New Power values.

Make no mistake: New Power is the way of the future, in terms of the “big picture,” but elements of Old Power still matter. Through my consulting work, I once assessed an organization that adopted New Power to the max. Training was done on the fly and they lacked a strategic plan due to uber-collaboration and fear of appearing to have top-down authority.

Indeed, Old Power should not always be a dirty phrase. For example, every organization or generation moves in a cycle. A startup is likely to embrace the values of New Power, but over time, as the company grows and matures, the pendulum will swing. Generations act the same way – the early evidence is that Generation Z will be similar to the Greatest Generation (but still within the framework of New Power).

You’re reading the Corridor Business Journal, so I’ll keep it contextual. In Iowans’ DNA is our historical ability to navigate the power spectrum and strike an appropriate balance. We are generally rugged individuals (maker culture) and collaborative. We are at the same time a traditional and transformative state, which is why we have become a national barometer.

Iowa – especially the Corridor – has gone through a massive change over the last 10 years. We are primed for national recognition as a great place for businesses to be. We need to consciously and actively have conversations about who we are and who we ought to authentically be, instead of taking flight, fighting change or freezing. It may seem radical and philosophical, but this is what drives day-to-day operations.

This doesn’t mean it will be easy – indeed, those who fear change tend to tighten their grip on what they know to be comfortable. I constantly have employees at various companies asking for my help. They see what their leaders don’t – a classic example of Old Power. On average, organizations that embrace New Power see a decrease in turnover, an increase in revenue, and significant improvements in measurements of quality, productivity, efficiency and innovation.

We have to recognize that change is inevitable. We have a choice: to be steamrolled by change or to be transformative. These are the two options.

At the end of the movie, the blob is transported to Antarctica, where apparently the cold freezes it. It is a temporary solution – wonderful for a sequel but terrible for solving the problem. Let us not hide from obstacles. Person to person, workplace to workplace and city to city, let’s work together to create new realities.

Ben Snyder is the founder of Copper Black Services, an organizational consulting firm based in North Liberty.