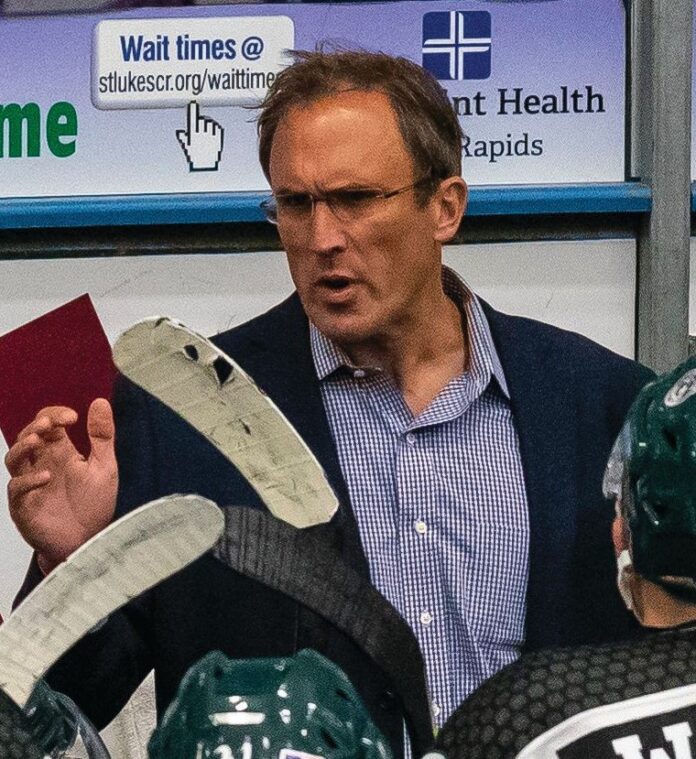 It’s fair to say that Mark Carlson is synonymous with the Cedar Rapids RoughRiders.

He’s been the USHL hockey team’s head coach and general manager since the team was founded in 1999, and has been the RoughRiders’ co-president since 2012. He’s a native of Lawrenceville, New Jersey, and earned his master’s degree in education from Northeastern University in Boston, but now calls Ely home.

So his hockey chops are well-established. But what struck me most during our conversation was his relentless focus on personal character and passion.

“I know that everybody talks about [character], but to get out and to do the work and to do the research to make sure that you’re getting good people that really care about, in our case, the RoughRiders organization,” he told me. To us, that’s first and foremost. And … having a passion for it and loving what you do and having that excitement every single day. When you combine those two things … it’s a lot simpler to have success.”

Check out our full, uncut conversation this Thursday at corridorbusiness.com, or wherever you listen and subscribe to podcasts.

How would you describe the differences between leading a business and leading a sports team as a coach?

What are the key tenets of your leadership style that apply both to leading your business and leading your team on the ice?

Well, number one, I would say, getting out there and being relentless every day. There’s always a way to find a way to get something done, whether it’s getting out and meeting with more sponsors or selling more season tickets. To me, it all comes down to being relentless and getting after it every day. And, number two, is teamwork. And I think one of that’s one of the great things about sports and any successful organization is looking at people’s strengths and looking at things that maybe they’re not great at or maybe the you don’t agree with, but bringing those groups together and having that teamwork and getting after it together every day.

Read the full interview with Mark Carlson in the Dec. 7 print or digital editions of the CBJ. Not a CBJ member? Join today.