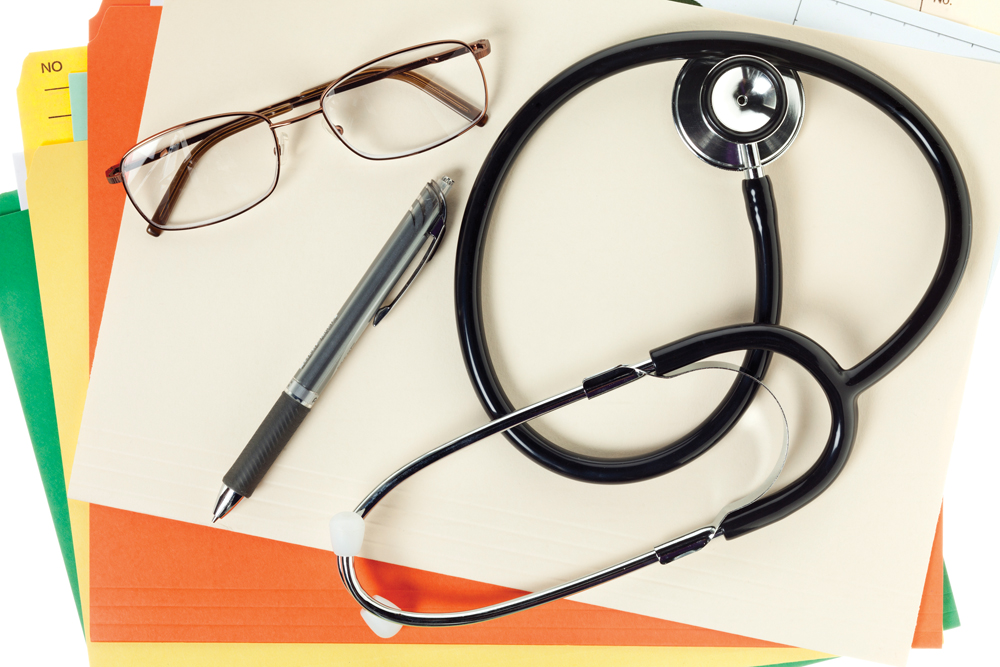 CORRIDOR – There’s nothing easy about it.

But Corridor legal, insurance and accounting advisors say it’s time for local employers to pay attention to the changes coming in 2014 regarding the Affordable Care Act, also known as Obamacare.

“The employers are suddenly realizing that the first of the year is just around the corner and they’ve got a lot of work to do to make sure they’re in a position so that they can deal with it at that point in time,” said Bob Mreen, an account manager at TrueNorth Companies who has become the benefits provider’s health-care reform compliance point person. “My main message tends to be, ‘this is manageable as long as you get going on things pretty quickly here.’”

The Affordable Care Act was signed into law by President Barack Obama on March 23, 2010. The legislation aims to increase the number of people covered by health insurance and reduce the overall costs of health care.

“Some people are still hoping it’s going to be repealed or is it just going to go away and I feel the answer at this point is ‘no,’” said Lisa Stephenson, an attorney with Simmons Perrine Moyer Bergman PLC in Cedar Rapids. “At least in some variation, this is here to stay and with President Obama’s re-election, that’s not something that’s going to get wiped full-scale off the books.”

Large and small employers are beginning to gather information and ask questions about the legislation. Several legal, insurance and accounting companies have hosted educational seminars about the law across the region. And those same companies, tasked with answering questions for their business clients about Obamacare, are trying to stay up-to-date on rules and regulations being finalized by the federal government.

“(Questions about Obamacare) have been gaining steam ever since the first of the year,” Mr. Mreen said. “It’s become a very hot issue for most employers. In fact, I spend most of my time visiting with our clients or doing seminars, that sort of thing. I think people are getting nervous and rightfully so. A lot of these issues, people were hoping would go away or the regulations might change. Obviously that hasn’t been the case, so now they realize they have to address the nuts and bolts of the situation.”

No matter what path employers take as they begin to deal with Obamacare, with every decision and criteria, there is a new maze of requirements and rules to meet. While the legislation is complex, it’s important at this stage to stick to the basics and not become mired in the details, Mr. Mreen and other local advisors said.

“The fact of the matter is, no employer has ever been required to provide coverage to their employees; that’s something that evolved in the last 40 or 50 years here in the United States,” Mr. Mreen said. “But as far as the law goes, for a small employer, under 50 employees, they’re still not required to offer coverage, but they also get an additional break in that if they choose not to, they’re not assessed any kind of penalties for making that decision. It’s the large employers that could potentially face penalties if they choose not to offer any kind of coverage.”

“Before you do anything, you need to create a team,” said Mark Hudson, a vice president at Shuttleworth & Ingersoll, P.L.C. in Cedar Rapids, whose work focuses on labor and employment compliance. “You need to have partners you’re working with, whether it be accountants, lawyers, your broker, your insurance folks; all those folks working together to see what works for you. As a small business, it can’t just be a one-to-two person thing.”

“You’re going to have to find somebody who can determine the cost of this,” he said. “Secondly, you need to have an HR person help figure out how to retain people and what do employees want, because maybe they don’t like some of the (health insurance) options.”

Next stop is visiting with the company’s attorney.

“You need to sit with your attorney to determine where your workforce is at and what the penalties are going to be or what adjustments can be made (if you decide you) don’t want to have coverage on folks,” Mr. Hudson said. “And it’s ongoing because we keep getting changes from the federal government about how they want things done.”

“A lot of the process involves gathering information, just to know whether you’re a large employer or a small employer,” Mr. Mreen said. “But it’s information that should be in your payroll systems. As an employer, you don’t have to make stuff up, it’s simply data. It needs to be managed and understood. And recognize the law doesn’t require anybody to have insurance. It’s a word game, is what’s being played there. No, you don’t have to have insurance but if you choose not to, you could be subject to penalties and taxes, so it’s a strong incentive for people to get in compliance.”

Many employers near that 50-employee mark have had questions about Obamacare, Ms.

“Large employers have sophisticated HR people; they have a better grasp on it,” she said. “We’re getting a lot of calls from the medium sized and maybe on the bubble or even those smaller employers.”

“From a legal perspective, determining whether or not someone’s an employee, that’s typically the first legal issue you’re addressing,” Mr. Hudson said. “Because it’s not as simple as, ‘do they have a W-2?’ You have to address whether they work 30 hours so you can determine what kind of world you’re living in.

Because of the change in the hours-per-week definition for full-time employees, businesses could find themselves with more than 49 full-time equivalents.

And hours of new employees may need to be tracked to determine if they’re part time or full time.

“The confusion on new employees, when you’re looking at whether to offer them benefits, is whether or not they’re a full-time employee,” he said. “You might schedule them for 28 hours a week, but in all practicality, they may end up working 32-34 hours a week. In that case, that would make them a full-time employee. What you have to do in that case is have what is called an initial measurement period, whereby you take a certain amount of time, if you’re not expecting them to work 30 or more hours, you need to measure that for a certain period to verify that.”

Next, employers need to determine whether to offer healthcare insurance to employees.

“Employers need to determine do I provide coverage now or do I plan to in the future?” said Michelle Weber, tax director in Bergan Paulsen’s Waterloo office. “And if I offer health insurance right now, do I want to maintain the current level that I’m providing and what is the cost associated with that? Or do I want to change it by trying to save costs or change the type or cost of care I’m providing to employees?”

For the large employers who choose not to provide coverage, the fine will likely be $2,000 per employee after the first 30 employees.

Employers who offer insurance need to make it affordable. The fine for not providing affordable insurance is $3,000, Mr. Bourke said.

“Your least expensive single coverage is your safe harbor determination. If you have a single option that is 9.5 percent or lower than your employee’s gross wages, then it’s affordable. If it’s not affordable, that’s when the $3,000 (per employee) fines can be implemented,” he said. “The safe harbor definition takes into consideration only the single employee coverage in determining whether it’s affordable or not.”

The big unknown with Obamacare is the exchanges, which will offer health insurance coverage to individuals who cannot receive affordable coverage from their employer.

“One of the biggest unknowns is how much this insurance that’s meeting certain new standards going to cost?” said Dean Spina, an attorney at Bradley & Riley in Cedar Rapids who chairs the company’s health law practice group. “Until that’s known, I think companies really don’t know if they can continue to afford to provide it or don’t have to. It’s going to be very interesting. Personally, I think there might be sticker shock but we won’t know until we see the numbers.”

“With the exchange, what we know now is people within a certain threshold of household income, will be eligible for a subsidy if their employer does not offer affordable coverage,” Mr. Bourke said.

“I don’t think they should be viewing it as the enemy,” he said. “Problem is, it’s an awfully complicated option. It’s going to be difficult for individuals and small employers to understand exactly how the exchange works.”

Steve Flood, senior vice president at Holmes Murphy & Associates, said there is a bright side to the legislation.

“This is the first chance in the last 30-40 years that’s given employers a catalyst to relook at this vicious circle they’ve been in, of, ‘we hate this whole monster called healthcare but we’ve got to offer it and we’ve got to do it the way we’ve always done it, because that’s the way everyone else does it, and that’s the way we’ve always done it,’” he said.

Not only was the overhaul overdue, most American are over-insured for health care, Mr. Flood said.

“If you think about any other insurance you buy, auto insurance, for example, doesn’t cover oil changes,” he said. “It doesn’t cover new tires or new wiper blades, yet we’d be appalled if our (health) insurance didn’t cover a prescription drug or a doctor’s office visit. All of those things have drastically accelerated and complicated the cost of insurance and people don’t realize when you build that into a monthly premium, at the end of the day it’s (paying co-pays) a heck of a lot more expensive than budgeting it over time and buying less insurance.”

For now, everyone must wait for information on the exchanges.

“We as advisors are in the dark, as well,” Mr. Mreen said. “We’re desperate for information, from either the state or federal level and the fact of the matter is, there’s just a lot of details for those entities to work through before they can start releasing information. So we’re all kind of stuck in a hold pattern. Hopefully, information will start breaking loose here in July, August, maybe. October is when they have to be ready to accept applications at that point. It’s going to be a challenge.”