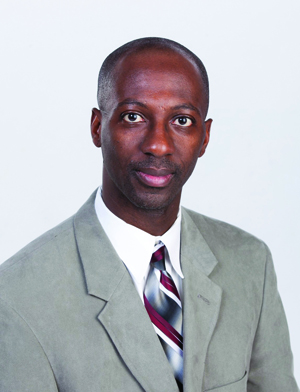 Cedar Rapids native Karl Cassell graduated from Iowa State University in 1999 with a bachelor’s degree in Sports and Exercise Science and visions of working for the Washington Wizards. He instead traveled to Baltimore, where he took a job as a program manager with a youth camp serving inner-city kids. Despite telling himself that he would “never work with kids below college age,” the experience affected him greatly, and eventually put him on a new course, starting with his return home in 2004 to serve as executive director of Jane Boyd Community House.

Mr. Cassell was appointed to lead the Cedar Rapids Civil Rights Commission in 2008, where he served until 2013, when he was named executive director of Horizons: A Family Service Alliance – a far-reaching nonprofit offering everything from Meals on Wheels to financial counseling. In his short time there, Mr. Cassell has helped orchestrate the organization’s 2015 merger with Neighborhood Transportation Services, and launched a variety of nutrition programs emphasizing fresh and homegrown produce. He is also currently past president with Cedar Rapids’ Downtown Rotary club, succeeding Allen Witt in 2015.

Looking back a year later, how did the NTS merger go for your organizations?

I’ll say this first: For probably the first nine months, we waited for the other shoe to drop. We were sure something bad was going to happen, that we didn’t properly plan for, but it never happened.

We literally started talking about it once I joined here, because I was on the board at NTS. Mike [Barnhart, executive director, NTS] and I had been friends for years since I was at Jane Boyd. He was looking to land with an agency he could trust, knowing that they had kind of hit the ceiling. They needed infrastructure and services that they couldn’t provide for themselves.

The next fiscal year, our boards’ executive committees started looking at the pros and cons of it. Initially, they weren’t interested, but we came back with documentation and said “This is why, as we look at the landscape of nonprofits and the reach of services we can provide, this merger makes perfect sense.” After walking through that process, each had legal counsel who provided their services and expertise so that we crossed every T and dotted every I. Once it happened July 1, we haven’t missed a beat.

In fact, we’ve added homeless rides, rides for kids in the Cedar Rapids school district – the number of ancillary things NTS has been able to do just outside their second and third shift work deliveries has been great for both of us. Now, hopefully, if we get this large grant, we will be able to provide rides to and from the hospital in Iowa City. We’re hoping to know about that by the end of September, as the fiscal year for the feds starts Oct. 1.

Speaking of the pressures on nonprofits and thinking about the merger with NTS, is consolidation something we’ll see more of in the coming years?

I think it’s going to happen … There’s donor exhaust –people don’t want to give to an agency that does the same thing three or four other agencies do. And I totally get that … But what’s happening is, people are saying “We have a lot of duplication of services. Is there any way that organizations can start looking at collaborations or mergers?” And so we said openly … that we see this is going to be a trend in the future, and that we are appreciative of the fact that we can show the example early on.

You also have a shifting donor base, with baby boomers exiting out of the workforce and millennials coming in, and they’re more service-oriented – it’s not just “I’m going to write a check and hope that everyone else does good work.” They want to be involved. They’re also not making the sort of salaries where they can just write a check and be done with it. So it’s putting a lot of pressure on human service agencies. We believe that by 2020, we’ll probably see a few less organizations.

Grants and the United Way made up about two-thirds of your funding for 2015. How have your funding streams changed in recent years?

So, we are a subcontractor with the Heritage Area Agency on Aging, and they get federal funds through the Older Americans Act to feed seniors. Those monies – Congress has not increased the dollar amount to feed seniors in over 16 years and we don’t think it’s going to change any time soon. So Heritage is getting less, which means the agencies they fund are getting less, and that puts extra burden on the reach of your services.

I don’t want to bash politicians, but I’m just thinking that they’re a little removed, whether intentionally or not, from what is really valuable to those folks on the ground. We can’t keep saying, “We’re going to take the rug out from under you and still expect you to make it.” So when we look at the dollars that flow from the state for mental health services and those things, it’s certainly changing.

And then when we look at pieces like the United Way, a major issue for the next campaign year is that Transamerica and Rockwell aren’t going to be giving at the levels that they have been in the past. And when they are your two largest employers and givers to your campaign, the less money given means the less money received by organizations, because United Way won’t have it to give. So that affects 32 different agencies and programs.

What’s your general take on the Corridor’s support for nonprofits like yours?

I think it’s tremendous. People will never not want to help, but people get tired of helping organizations or people that they feel are either taking advantage of them, or are not good stewards of what they have. The Corridor has done well with their services, because everyone acknowledges that we’re needed, and because we’re held to a standard that doesn’t allow you to just do things willy-nilly and not care about what the outcomes or results are.

Now, the caveat to that is, I don’t always agree with folks just writing a check. I wish more of those folks were less detached from the problem. Much as we appreciate your dollars, I would love to get your hands in the pot. That would probably be my only criticism: I’d like to see more people actively engaged with these populations that need it the most.

That would also help change the conversation in political circles, one would imagine.

Absolutely that would change the conversation, because they don’t know what they don’t know. You often hear people say, “He’s in that place because he wants to be.” Who wants to be asking someone for help? No one wants to be poor. But the fact that that’s a mentality that is as pervasive as it is, is almost heartbreaking. And unless you’re around people and hear the stories… you’ve got people working two and three jobs. They don’t want to be poor, it’s just where they’re at.

And I think we’ve removed ourselves from it pretty quickly. Back in ’08 and ’09, it’s amazing the number of folks who were laid off who were decent earners. You know how hard it was for those folks to ever make the wages they were earning again? At least every family knows someone in their family who went through that, whether it was something medical, or whether it was being downsized at a company after 15-20 years. We’re a little removed now from ‘08-‘09, so a lot of people have forgotten that a lot of others never made it back. But those are the new folks needing services, at no fault of their own.