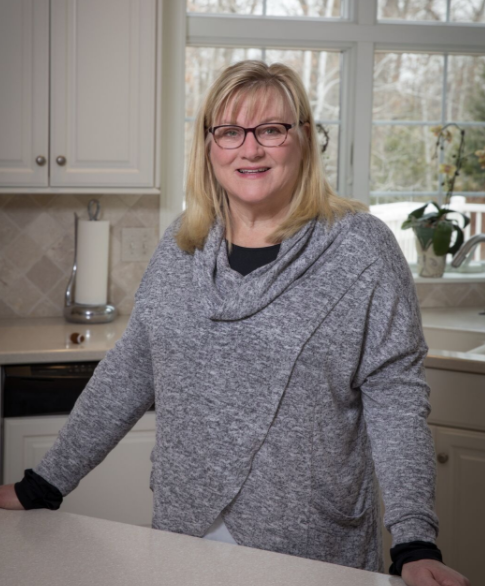 Mary Ferentz is not a person prone to tooting her own horn, describing herself simply as a homemaker, volunteer and philanthropist. But those who have worked with her on a lengthy list of boards, charities and causes – particularly the University of Iowa Stead Family Children’s Hospital, where she’s chaired the council for 12 years and personally raised more than $1.5 – are more than happy to do it for her.

“When I found out she was being nominated for this award, I dropped what I was doing to write this letter,” wrote Dr. Ian Law, division director of pediatric cardiology at the children’s hospital and one of Ms. Ferentz’ many fans in the medical community. “Mary exemplifies a role model.”

“I can confidently say we would not have such an outstanding facility to care for children and their families without the support and commitment of Mary Ferentz,” echoed Dr. Jeffrey Segar, professor of pediatrics at the hospital. “More importantly, she inspires those who work within the walls of the hospital by her dedication and devotion to those within the hospital.”

Ms. Ferentz herself will only modestly say she hopes she’s been a role model and inspiration to her children – “not that they’ve had a choice in the matter” – by maintaining a focus on causes near and dear to her heart.

“I don’t know how much I’ve influenced others in the region,” Ms. Ferentz said, “but I know the children’s hospital does. It has a tremendous impact on children and families across Iowa and beyond, and will for generations to come. It has been great being involved with the staff and patients – they have certainly influenced me.”

Ms. Ferentz, the wife of Iowa football coach Kirk Ferentz, has not only served on the UI Stead Family Children’s Hospital Council since its formation in 2006, but has raised more than $1.5 million for it through her Ladies Football Academy, a fundraising program offering women the opportunity to experience a day in the life of a Hawkeye football player.

She has also served on the UI Hospitals & Clinics’ medical center council and the committee for Iowa First: The Campaign for Breakthrough Medicine, “working tirelessly to transform medical research, education and patient care,” according to nominator Lynette Marshall, president and CEO of the UI Center for Advancement.

“Mary’s leadership extends into her philanthropy as well,” Ms. Marshall continued, highlighting the couple’s 2003 gift establishing the Kirk and Mary Ferentz Excellence and Innovation Fund in the UI College of Liberal Arts and Sciences; a 2006 gift establishing the John and Elsie Mae Ferentz Undergraduate Fellowships for Research, also in the College of Liberal Arts; and the Ferentz Family Pediatric Research and Education Fund to aid research and education initiatives at the children’s hospital.

“I admire Mary and I am grateful for the friendship she has shown throughout her many years of dedication to the University of Iowa,” Ms. Marshall wrote. “She is a loyal Hawkeye, a strong advocate for UI Health Care and a true champion for the UI Stead Family Children’s Hospital.”

Ms. Ferentz said her family’s long roots in the community made her want to give back. The family lived in Iowa City from 1981-89 before moving back in 1999.

“We have great friends here and our first four children were born here, so even though we spent nine years away, Iowa City has always been a special place to us,” she said. “And these last 19 years, Iowa City has become home to us. It is to our children as well. We love Iowa.  What happens here is important to us.”

While she said her commitment to the Stead Family Children’s Hospital has only grown stronger over the years, Ms. Ferentz said her greatest source of pride is her family. Together since high school, Mr. and Ms. Ferentz have five children, four of whom are now married, making them members of “the best club in the world, grandparenthood.”

“Watching my children become loving parents is the ultimate source of pride and feeling that I did something right,” she said, adding that her husband and family are the biggest influences in her life, “the first people I turn to, and my favorite people to be with.”

Ms. Ferentz’ counsel to women who want to follow in her footsteps is simple, and emblematic of what Dr. Law called her “understated, but incredible passion” and “infectious” enthusiasm: “The best advice I can give other women is to provide friendship and encouragement to each other. We are better when we work together.”