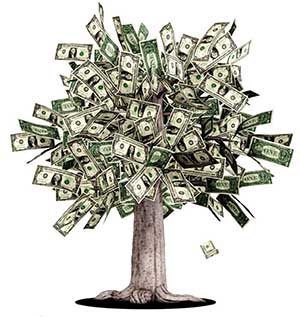 The arrival of the first venture fund using Iowa’s new Innovation Fund Tax Credit is the latest sign of a greening venture capital landscape in Iowa.

The Next Level Ventures Fund, which was scheduled to close in December 2014 at around $30 million, fills a gap in Iowa’s venture capital arena: funding in the $1 million-$4 million range for startups that are in the expansion stage.

Investors receive a state tax credit of 25 cents for each dollar invested in the fund, which by law is allowed to invest only in Iowa-based companies, explained Craig Ibsen, managing principal. The Next Level Venture Fund has made its first three investments in three technology companies: Urbandale-based BirdDog, Johnston-based Igor and Coralville-based Vida Diagnostics.

The Des Moines-based fund is now the largest venture capital fund based in the state, according to Mr. Ibsen. Having an in-stage fund capable of making such multi-million-dollar investments is important, he said, because the larger venture capital funds based on the East Coast and West Coast typically don’t want to invest far away.

“If a company from the West Coast wants to fund a business, they’re going to want them to move to the West Coast,” Mr. Ibsen said, explaining that venture capitalists like to have their investments nearby in order to monitor and mentor them.

Mr. Nelson said the Next Level Ventures Fund will complement the investment capabilities of the Iowa Seed Funds by providing the level of investment that certain businesses require in order to reach a stage where they can become profitable or be sold, allowing early investors to cash out.

“They are the most exciting thing that’s happened in venture capital in Iowa in quite a while,” Mr. Nelson said.

Todd Smith of venture capital firm Dreamfield Ventures believes that the Innovation Fund Tax Credit launched in 2013 may be part of finding a better investment model that will encourage more Iowans to invest in startups. He is pursuing creation of a fund using the tax credit.

“There is sufficient aggregate investment money here; it has just not been channeled into an investment fund,” Mr. Smith said. “I’d like to see Dreamfield Ventures, Next Level – I’d like to see four, five or six of them.”

Mr. Smith envisions the Iowa City area as the hub of the Iowa startup scene. Having been part of vibrant startup ecosystems in Ann Arbor, Mich., and Boulder, Colo., he said Iowa City has most of the same attractions larger startup communities have to offer.

Dreamfield Ventures currently syndicates investments in earlier stage companies in such sectors as marketing and consumer technology. Mr. Smith raised the overhead to get the company off the ground. The firm has six limited partners, primarily long-term friends and family members, and recently syndicated a $1.5-million investment in a Des Moines company showcased during Steve Case’s Rise of the Rest Tour.

“I take on an advisory role in the company,” Mr. Smith said. “I’m not interested in a company in which my partners and I cannot add value.”

Built by Iowa leans toward tech startups, Mr. Patel said, and looks to invest not only in the business concept but also the entrepreneur and the team they’ve created. Filling the early-stage gap between “friends and family” funding and a more structured funding round is where Mr. Patel, president of Hawkeye Hotels, sees the company’s main strength.

“This void is where a lot of companies die, and we see our firm as helping companies bridge this gap and making it to the next level of Series A funding (the first round of capital raised after seed capital),” Mr. Patel said.

Mr. Nelson, of the Entrepreneurial Development Center of Iowa, doesn’t dispute the value of having more seed capital investors in Iowa at the earliest stages, but says that isn’t the reason Iowa has gotten a bad rap for venture capital in the past.

The state has offered tax credits for qualifying venture capital investments since 2011, but an amendment made in May 2013 to the previous law increased the credit from 20 cents per dollar invested to 25 cents, removed a three-year waiting period to claim the credits and allocated $8 million per year to program.

“When you need to raise $2 million to $3 million, you’re not finding that in the state,” Mr. Nelson said. “This was a missing link in our venture capital funding landscape in Iowa.”