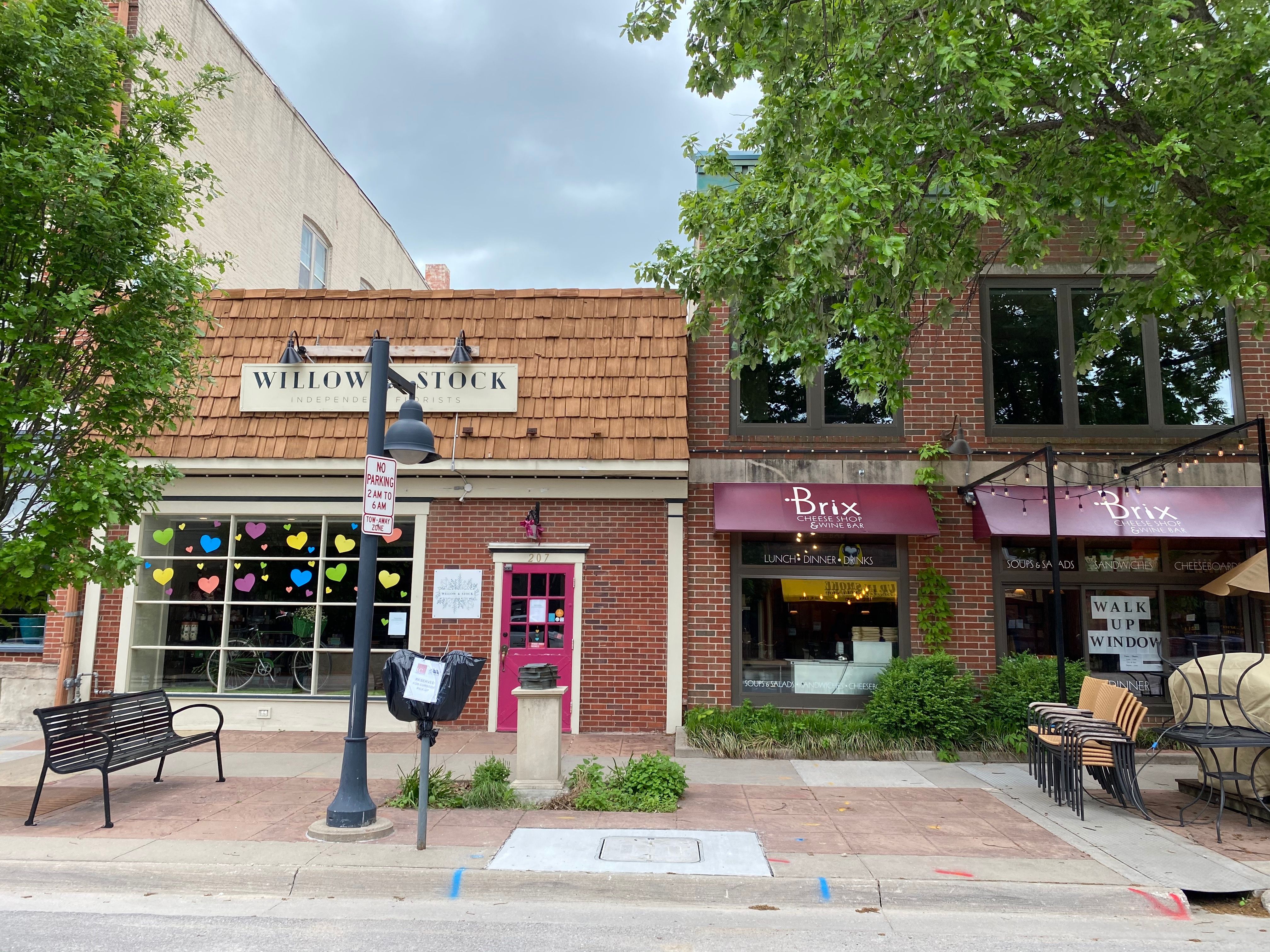 The Iowa City Downtown District (ICDD), city leaders and business owners are working on a plan to reorganize downtown streets, sidewalks and rights-of-way for the new realities of conducting business in the age of COVID-19.

City Manager Geoff Fruin said last week that while the plan was still a work in progress, picnic tables and additional outdoor café seating would soon begin appearing alongside city sidewalks, in parking areas and on other existing public rights-of-way throughout the spring and summer.

Also under consideration is temporarily closing at least one city block to traffic – North Linn Street between Market Street and the alleyway near the Hamburg Inn – to allow outdoor restaurant seating in an area not conducive to sidewalk dining, new delivery and pickup zones, and outdoor waiting areas to manage social distancing requirements in retail establishments.

The idea, officials said, is to entice shoppers and diners back to the city’s urban core in a safe, responsible fashion.

“We’ve been exploring outdoor seating throughout the downtown area,” said Mr. Fruin, adding that the preparations follow a block-by-block ICDD canvas that gathered business input on how to get retail stores and restaurants up and running again while maintaining safety protocols. “Some things, like adding tables to complement benches and sidewalk café seating will start unfolding in the next few days, but larger decisions on road closures are a week away or so, and we will need to get some bollards up in parking areas. All of these are efforts to give folks room to spread out.”

ICDD Executive Director Nancy Bird said the plan was still in flux based on input from stakeholders. It is likely to include temporary elimination of some parking spots to make way for more drive-up delivery and pickup zones, as well as seating outside retail establishments for better indoor crowd control, given Gov. Kim Reynolds’ current order that businesses remain below 50% of capacity.

As of May 28, ICDD Director of Operations Betsy Potter said the plan, which could be finalized as soon as this week, included about 40 10-minute pick-up and delivery zones, all marked with new signage, scattered throughout the downtown area.

“The question is whether we can make downtown a space where people feel they can really spread out and be comfortable,” Ms. Bird said, adding that closure of North Linn Street remained the thorniest issue to work through. “There is a good opportunity to do that there [on North Linn Street]. On the other hand, we want to keep the streets and sidewalks open as much as possible, especially in our beautiful new Pedestrian Mall.”

“We’re trying to take a scalpel to the issue and not be heavy handed,” she added. “We are listening to all of our retailers and restaurant owners because they all have unique needs.”

Ms. Potter said the plan would roll out with 40 city-owned picnic tables being strategically placed in and around the downtown zone to supplement current outdoor seating.

“The idea is if you’re getting takeout and there’s no indoor or outdoor seating, you can simply go right outside and sit at one of these tables,” she said, adding that a project launching this week in partnership with GreenState Credit Union will transform the basic bench and table combos into works of public art.

Ms. Potter said ICDD and the city took a different approach to each block of Iowa City. The city “already has three closed blocks with a terrific mix of restaurants and retail” in the form of the Ped Mall, which is set up for outdoor seating. Wide new sidewalks along Washington Street and roomy rights-of-way on Iowa Street make additional seating there easy to manage, as well.

While Clinton, Dubuque and Linn streets have less space to work with, officials have identified parking areas suitable to be closed off to cars and turned into “parklets” for outdoor socially distant dining and congregating.

That left North Linn Street, where there was no easy solution.

“It’s happening all over the world that cities are looking at closing streets,” Ms. Potter said. “We know that a lot of retailers rely on street access to reach them, which is why we determined to put out as much seating as possible while keeping streets open. But that part of North Linn Street is a very dense block and closing this small portion of it seemed like the safest way to do it.”

It will likely take a couple of weeks to organize the temporary street closing and put out the bistro-style seating North Linn restaurateurs have requested in lieu of picnic tables. Ms. Potter said the seating would be available for dining only, with no extension of liquor licenses that would allow patrons to drink alcohol in the streets – a possibility that roiled a few restaurant owners.

Nick Craig, owner of Brix Cheese Shop & Wine Bar at 209 N. Linn St., said he would welcome additional outdoor seating to accommodate his customers. The wine bar has been relying on business via walk-up window and delivery.

“Any place it makes sense to add outdoor seating, where it can be done, is sensible,” he said. “Our outdoor sidewalk space is much more limited [than some venues] and opening space up according to traffic patterns and needs makes sense.”

Mr. Fruin said none of the changes, including closing roads, would require city council action thanks to an emergency declaration from Mayor Bruce Teague allowing such decisions to be made administratively.   CBJ