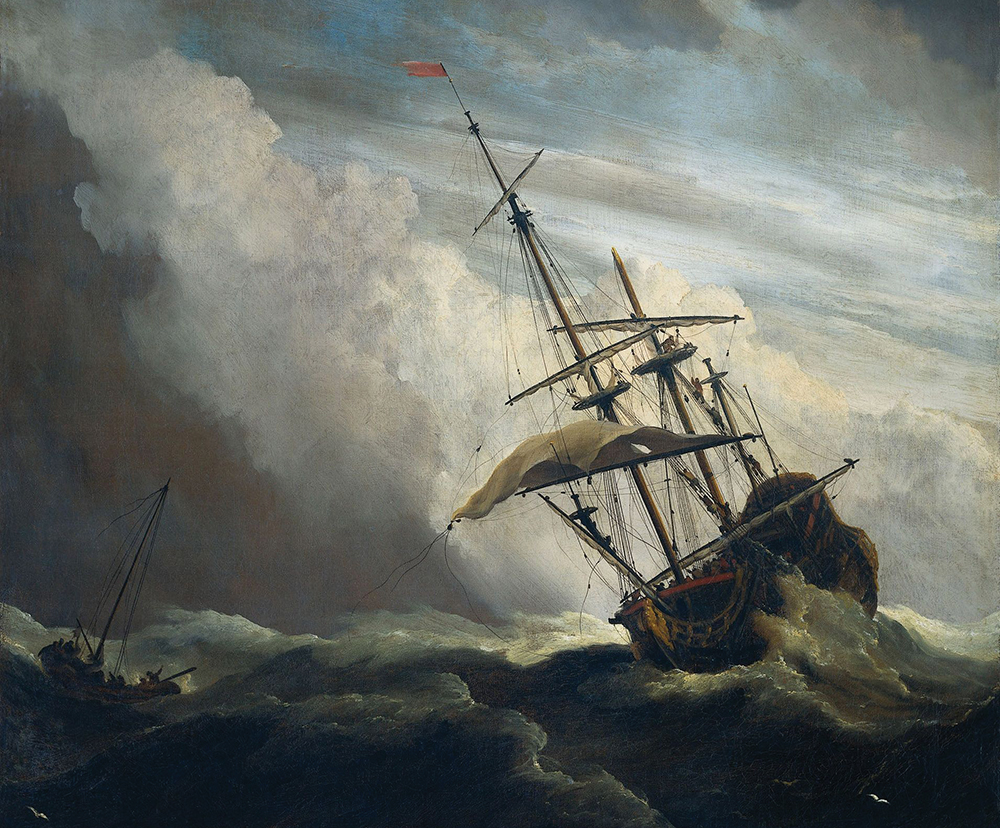 There’s a feeling in the wind that the nation’s long economic recovery cycle and nine-year-old bull market – al­ready the second longest on record – are reaching their limits.

After roaring in 2017, the stock market has produced muted returns in 2018 following a volatile start to the year that included wild market swings.

Nearly 60 percent of economists surveyed by the Wall Street Journal now think the next recession will begin in 2020 – about 18 months from now.

One harbinger of potential reces­sion is an inverted yield curve, when the interest rate on short-term treasury notes becomes higher than that on long-term treasury notes. Although the curve has not yet inverted, yield spreads between five- and 30-year Treasury notes narrowed earlier this month to the lowest level since August 2007. Federal Reserve Bank of St. Lou­is President James Bullard recently said he expects an inverted yield curve later this year or in early 2019.

Is it panic time? Not at all, say veter­an investment advisors. They caution against predicting an end to the bull market, pointing out that the recent tax cut could provide the stimulus needed to keep it running. Still, they say, the condi­tions make it a good time to review your investing plan and make sure your port­folio can weather the next storm when it reaches the shore.

“We’ve got no shortage of headline risk and Twitter information,” said Tim Haw­kins, a certified financial planner with 25 years of experience and the leader of Haw­kins Wealth Management in North Liberty.

Mr. Hawkins said such headlines tend to fuel the temptation to switch game plans – maybe holding more cash in hopes of buying at a bear market bottom, or going heavily into defensive invest­ments. He said some clients are sitting on piles of cash, hoping to buy stocks cheap during the next down cycle, while a larger group is troubled by a sense of envy that while they’ve seen good gains during the bull market, others did better and they should try to catch up.

“The hardest thing for most people is to control their emotions,” Mr. Hawkins said. “Whatever the plan is, it’s making sure we go back to that. We go back to our time horizon and risk tolerance.”

For those who truly have a low risk tol­erance or simply can’t tune out the head­lines, Mr. Hawkins said there are hedging and defensive strategies they can work out with their investment advisors. Those in­clude defensive or counter-cyclical stocks, preferred stocks and covered-call strate­gies. While many stocks are overvalued by traditional mea­sures, he also sees some fairly valued stocks that pay strong dividends in telecommunica­tions, finance and consumer non-durable products.

The financial industry in particular “has some tail­winds,” Mr. Hawkins said, including a rising interest rate climate that should improve interest margins and pros­pects for regulatory reform. On big growth names such as Amazon and Tesla, Mr. Hawkins said he is sometimes inclined to recommend limit orders to protect gains if the stocks begin a sharp fall.

“We spend too much time talking about the stock market,” said Jeffrey Johnston, president of Premier Investments of Iowa in Cedar Rapids. “We need to take the stock market off the table.”

Mr. Johnston, who’s been at it 27 years, reminds all his clients that the stock market will have swings – sometimes wild ones – but what matters is having the funds you need when you need them, and long-term success in preserving and growing assets.

Watching the market’s gyrations puts investors on an emotional rollercoaster that can often provoke unproductive ac­tions such as panic selling of stocks, Mr. Johnston said.

Mr. Johnston is a longtime advocate for a “bucket” investing approach of dividing assets into different categories by intended use and risk level.

The investor puts 10 percent of their assets into Bucket 1, the liquid asset buck­et. It can include money market funds, short-term certificates of deposit, check­ing accounts and even savings accounts that don’t earn much income, but are available for important life events such as home and auto repairs and medical ex­penses not covered by insurance.

That leaves about 60 percent to invest in Bucket 3, which is for higher-risk investments such as mutual funds, stocks and real estate investment trusts, which fluctuate with the market, or variable annuities based on market investments.

There’s also a fourth bucket for “legacy investments” you don’t plan to spend. It can include long-term care insurance, life insurance and variable annuities. Growth and income are less important than other objectives, such as protecting other buck­ets from the costs of long-term care or fa­cilitating wealth transfer to the next gener­ation with life insurance.

Tory Meiborg, president of World Trend Financial in Cedar Rapids and Iowa City, is a similar advocate for diversification, but accepts that some investors have been lured away from that approach by the market’s long bull run.

“Let’s assume the market is nearing the end of its run,” Mr. Meiborg said. “When people say ‘the market,’ they’re almost entirely focused on the large U.S. [stock] market – that’s been the place to be and everyone is overweight in that area now, which tends to happen at the end of every bull market.”

The typical solution might be to dump some of those U.S. equities and reinvest proceeds in bonds. But not so fast, Mr. Meiborg said.

With interest rates rising, bond prices have been slipping. And the climb in interest rates is widely expected to continue, putting more pressure on bonds.

“This [time] is a little more of a challenge,” he cautioned. “Bonds may not be as much of a safe haven this go-around.”

As in many things, simple answers may not carry the day. Mr. Meiborg says the valuations of the hottest growth stocks, such as Alphabet, Apple and Amazon, are stretched, and in a market pullback they could snap back the hardest.

Valuations on many international and small cap stocks seem to be more in line with traditional norms, Mr. Meiborg noted, offering avenues for diversification.

One direction to go may be more diversification by sector, meaning the “flight to quality” concept of holding blue chip stocks in financially strong companies may not seem so old-fashioned anymore.

Diversification strategies hinge greatly on the investor’s age and income needs, among other factors. A baby boomer set to retire next year has a lot more to lose in a stock market downturn than a millennial who is 30 years from retirement.

“If you’re holding stocks today you have to accept the notion that they could fall 20 percent over the next quarter,” Mr. Meiborg said. “If you cannot ride out that 20 percent, you probably shouldn’t be in equities.”

Still, the investor’s age is just one part of the equation guiding portfolio decisions. If a 65-year-old investor has $30 million and only needs $50,000 per year in income, “he doesn’t need to be 60 percent in bonds,” he explained.

Investors determined to avoid asset shrinking in market downturns have sometimes turned to alternative investments such as precious metals or real estate, which serve as a “store of value” and can grow over time. Mr. Meiborg said that approach may work for those who are risk averse and understand those markets, but long-term, precious metals haven’t provided the returns most investors are seeking, and few ordinary investors want to spend the time and effort required to understand and invest directly in real estate.

A hand to hold

Market pullbacks can be a time for investment advisors to exercise one of those time-honored communication skills, sometimes called “hand-holding.” Advisors are increasingly proactive, however, and often don’t wait for the worried call.

“We set the stage early that this will happen, and we also tend to err on the side of more communications during times of extreme volatility,” said John Darrah, chairman and CEO of HK Financial Services, which manages more than $3 billion in assets. “We’ll do mass emails to our client about what’s happening and what’s causing extreme volatility at times. We will tell them in most cases that there’s nothing they need to do about it.”

During the period of high market volatility earlier this year, Mr. Darrah said HKFS didn’t see any more than the normal number of calls and inquiries.

“We’re here. We’re aware of it, and if there’s something that needs to be done, we will tell them,” Mr. Darrah said.

He agreed that low bond yields are one of the differences in portfolio management in recent months.

“We’ve had to be more creative in terms of different types of bonds, whether floating rates, corporate instruments or international bond instruments,” Mr. Darrah said. “Whereas years ago they were probably concentrated in U.S. Treasury bonds or certificates of deposit, those have not in recent years created sufficient income.”

With the current yield curve, Mr. Darrah said HKFS has had to reduce the average length of bond maturity and concentrate on shorter-to-intermediate maturities so clients are not locked into a low interest rate.

“By the same token, we don’t think there will be a drastic rise in interest rates, so there’s still some benefit in having part of the income set for longer periods of time,” he said.