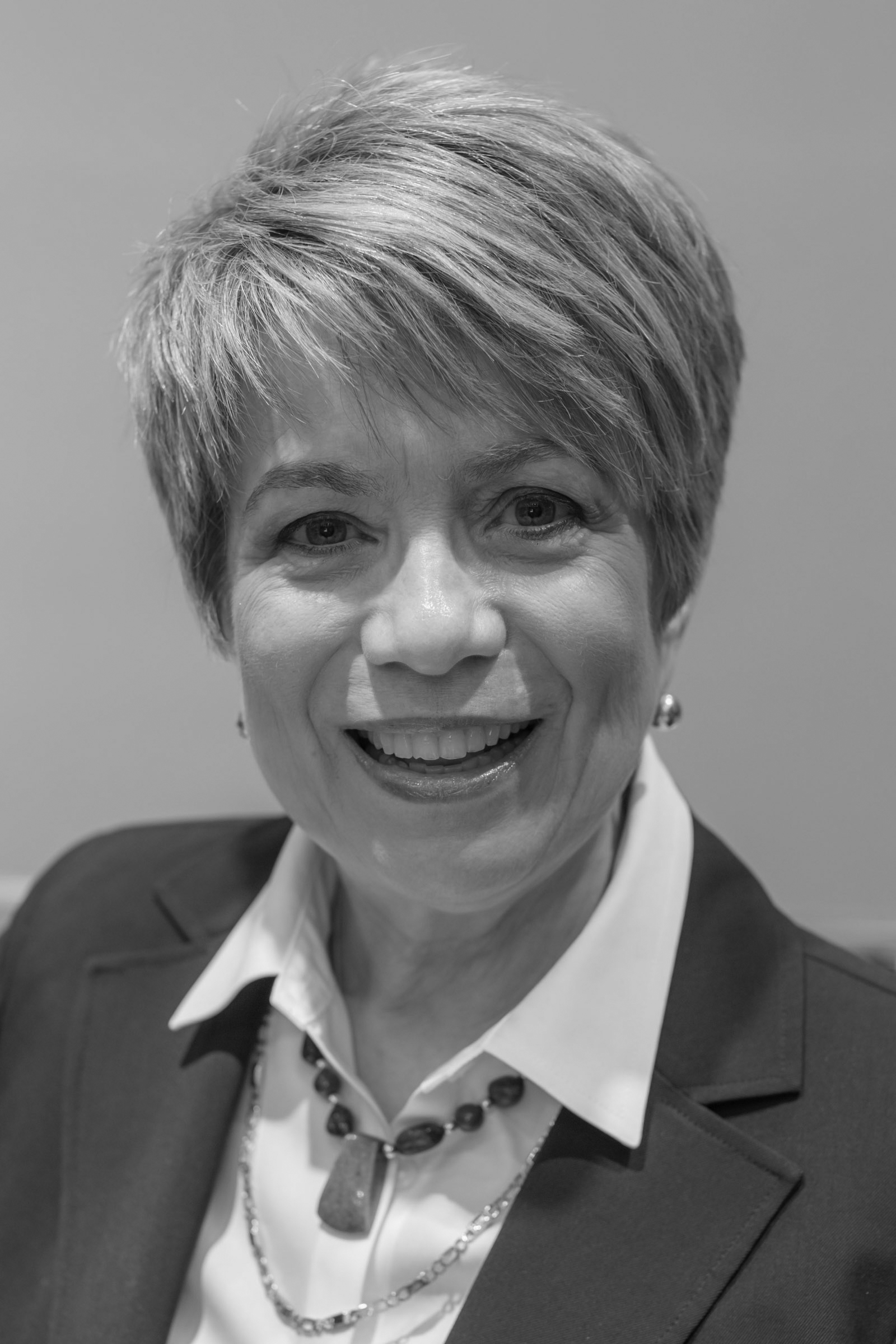 Today, the vice president and chief operations officer of the University of Iowa Alumni Association makes sure she is available as a mentor of UI students and young professional women looking for advice and inspiration about going into business.

Ms. Coffman grew up in Mazatlan, Sinaloa, Mexico. When she realized she wanted to go into business, she moved to the United States in the 1970s. She quickly took advantage of the early movement for women in management, working in a male-dominated industry.

“With my years of experience I think this is a role I like to assume because I owe it to other women,” she said. “I grew up without role models. Once I came to the states, I was
a woman and a foreigner with no higher education. I had to start from scratch.”

She began working and attended night school, which was paid for by the company for which she worked. She earned a bachelor’s degree in management from Pepperdine University and a MBA from the University of Chicago.

“I’ve been very fortunate and blessed to have all of my higher education paid for by employers,” she said. Ms. Coffman quickly advanced at her job at NRM Steelastic in California.

“I started as secretary and left as vice president,” she said. “I was determined to be successful. I utilized the theories I learned at the university into practical applications because I was working and studying at the same time.”

She started at her position at the UI Alumni Association in 2006. From 1992-2006, she worked in several roles at Muscatine-based Bandag, a provider of tire management and vehicle maintenance solutions with a dealer network of 900 locations worldwide. Before 1992, she worked in several positions at NRM Steelastic in Buena Park, Calif., also a tire  and transportation company.

“Other than the Alumni Association, everything I’ve done has been in a male-dominated industry,” she said. “Managing a personal life with heavy international traveling is something that prepped me for my role (at the Alumni Association) and in helping other women who want to go into business.”

Making the transition from the corporate tire industry into the academic world was a challenge, she said.

“I have put to use all of the skills from the business world into how to run the  organization,” Ms. Coffman said.

At her previous jobs, about 50 percent of her time was spent traveling internationally.

“Once I settled down here, I became involved in community activities. It’s what I’m doing now for the community that gives me the most satisfaction,” she said.

She is also proud of her involvement with the Iowa City Noon Rotary Club’s Rotary  International as a volunteer translator, working with families and children being helped by the organization’s Miles of Smiles Team (MOST) in Guatemala. She is also the chair of the Rotary’s World Community Service that helps treat children with clubfoot in  Guatemala.

Ms. Coffman has been an active member of the 50-50 in 2020 efforts, a bipartisan organization focused on achieving political equality for women in Iowa by 2020.

“I’m not involved in politics, but I am 100 percent for women in politics,” she said. The organization encourages women to run for office in Iowa. It offers training programs focused on topics like public speaking and fundraising.

“Her energy is boundless; she can juggle an amazing number of tasks at a time. At the same time, she is a stickler for detail with infinite patience for getting things right,” stated Jean Lloyd-Jones, co-chair of the 50-50 in 2020 organization in her nomination of Ms. Coffman. “She can engage the most recalcitrant individuals with her charm and can inspire an apathetic audience with her contagious enthusiasm.”

As vice president and chief operations officer at the Alumni Association, Ms. Coffman is responsible for overseeing the strategic coordination and integration of four  departments: alumni travel, communications, membership/marketing and programs. In her time there, she has introduced an operational planning process to improve execution of goals, led the past three-year strategic plan and negotiated contracts with major strategic partners and vendors to assure the financial strength of the organization.

“We have alumni at NASA, people in the movie industry, people heading major corporations,” Ms. Coffman said. “We have alumni doing marvelous things.”

“Her extensive management experience, her bilingual skills, and her strong multicultural
background have helped Tita succeed, throughout her professional life, in developing first-rate business strategies, implementing growth tactics, and effectively managing projects from beginning to end,” stated Lynette Marshall, president and CEO of the University of Iowa Foundation.