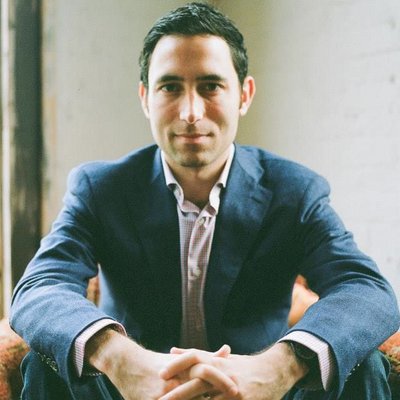 Adobe Systems’ Scott Belsky talks with the CBJ in an exclusive preview of EntreFEST, the statewide innovation and entrepreneurial conference set for May 17-18.

“My specialty in working with entrepreneurs is helping them craft their product experience, and making sure their ‘first mile’ of product experience is a good one,” said Mr. Belsky, who will come to Cedar Rapids May 18 as a keynote speaker for this year’s EntreFEST.

Mr. Belsky knows the entire startup system well, however. He launched his own startup, the creative portfolio display site Behance, which was acquired by Adobe, and he has been an investor and product advisor on other wildly successful companies including Pinterest and Uber.

“That’s always been my obsession,” said the Boston native, a Harvard MBA and partner in the venture capital firm Benchmark.

After spending so much face time with entrepreneurs, Mr. Belsky believes that any type of person can become one. What makes them an entrepreneur is a deep passion, Mr. Belsky said, “a problem they want to solve, and a desire to do something about it.”

There’s never been a better time to be an entrepreneur than now, he added.

“I think entrepreneurship is all about optimism and transcending the market ups and downs that are happening. It’s easier than ever to start a company, but it’s getting more difficult than ever to scale a company. As you grow a business you need specific kinds of talent like data scientists, and that talent is hard to find. There are also more regulations to comply with, when it comes to data and privacy.”

One of the biggest changes Mr. Belsky sees today is the emergence of thousands of tiny “microbrands,” which are capturing business from established names. Mr. Belsky said microbrands use just-in-time supply chains that allow them to get by with minimal inventory, highly targeted marketing and agile social media strategies.

“It’s a positive trend,” says Mr. Belsky, who has increasingly patronized such brands. “It means in the future, there will be a lot more startups and entrepreneurs.”

Mr. Belsky has traveled the world discussing ideas from his first big solo book released in 2012, “Making Ideas Happen: Overcoming the Obstacles Between Vision and Reality.”

The book focuses on the creative process, with advice like untethering from email and text messages for at least a couple of hours in the morning and evening to let your mind explore deeper thoughts. Mr. Belsky popularized concepts like “idea plateaus” – the point where the excitement surrounding a new product concept begins to fade – and “insecurity work,” which wastes time reassuring product developers that they are doing nothing wrong.

Nowadays, Mr. Belsky is focused on his next book coming out this fall, which will address “the messy middle” of the startup process. It’s past the idea stage in the long months when money starts to run out, teams start to fall apart and the path to market and profit becomes hazy.

Interviewing entrepreneurs, Mr. Belsky said the messy middle years were so muddled and anxiety-ridden that most of them tended to forget exactly how they spent them. In a recent Creative Mornings video, he said he spent an amazing amount of time during his middle years at Behance “obsessing over what wasn’t working and what could be better.”

Capturing what other people were saying about Behance became another obsession, “like manufacturing some kind of non-financial reward out of thin air” for the team, he said.

“A lot of time you are f***ing freaking out,” Mr. Belsky said. “You are trying to stay afloat long enough to figure it out.”

In the final analysis, Mr. Belsky decided surviving the middle came down to just two things: Enduring the low points and optimizing the things that are working.

“Accept the burden of processing uncertainty at all times,” Mr. Belsky said.

He also recommended asking yourself one question frequently: “Is this within or outside my circle of influence?” Too much time can be wasted, he noted, worrying about things over which the entrepreneur has no control.

One of the things Mr. Belsky talks a lot about are teams – the importance of bringing together the right people and skills.

“You have to hire people who have a history of taking initiative in what’s interesting to them. If it’s someone who’s interested in archery, maybe they led the archery club and started an archery newsletter,” Mr. Belsky said. “That’s an indication that whatever later in life they’re passionate about, they’re likely to take an interest in as well.”

In a recent Creative Mornings lecture, Mr. Belsky warned of the dangers of “cultural fit” in hiring. Too often, he said, hiring managers interpret that as meaning a person who is like the other members on the team, or will not make them uncomfortable.

“We hire people we want to be with, when instead we should be hiring people who challenge the way we think, push us in uncomfortable ways and cause a ruckus,” Mr. Belsky said. He recommends bringing people on the team who aren’t afraid to step out the lines.

For Mr. Belsky, Iowa is literally a flyover state. His family splits its time between homes in New York City and San Francisco, but he’s excited to be dropping in for more reasons than a speech.

“A lot of the greatest companies going forward are not going to be coming out of San Francisco anymore, but from other parts of the country like yours,” he said. Part of the reason is the transience of highly prized talent in the big tech hubs.

“In San Francisco, it’s just so competitive to hire people,” he said. “Teams don’t stick together long enough to figure it out.”

Mr. Belsky will speak from 3-4 p.m. May 18 at the Paramount Theater on “Crafting the First Mile of Customer Experience.” He will be joined by a powerful lineup of EntreFEST speakers, including the likes of Kauffman Foundation Vice President-Entrepreneurship Victor Hwang, Columbia Business School Chief Innovation Officer Angela Lee and Clipisode CEO Brian Alvey. Learn more about the festival here.