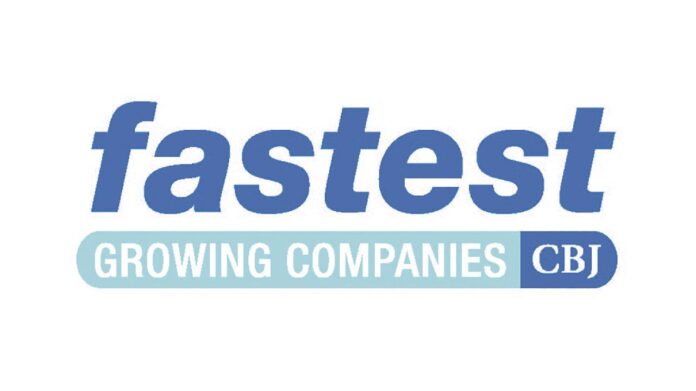 The Corridor Business Journal was privileged to host the 15th annual Fastest Growing Companies awards on June 7. These companies and their leaders are making success happen through grit and determination, and oftentimes with a lack of appreciation.

That’s why these awards are so important. They are essentially a big regional thank you to these entrepreneurs and their hardworking employees.

We were excited to award Aaron Warner with the Thomas L. Cardella Entrepreneur of the Year award at the banquet. Mr. Warner entered the vibrant cybersecurity industry with his company ProCircular in 2016 after nearly two decades in leadership positions at Integrated DNA Technologies. ProCircular subsequently debuted as the Fastest Company on the Fastest Growing Companies list in 2020 and has continued to make the list each year, which is no small feat. We expect that his success will continue for years to come.

Having solid representation by fast growing companies within a community is just one indicator that communities can use to see how they are doing in attracting and building entrepreneurial companies. If a community isn’t represented well on this list, then they should be asking why.

The CHOMP entrepreneurial story is something that should make our region extremely proud, and it’s a lesson for aspiring entrepreneurs or businesses feeling the crunch from national competitors.

Instead of accepting the increasingly challenging and chaotic food delivery business, which was impacting margins and customer service, 20 local restaurant owners joined together to help control their own destiny by creating their own local delivery service. CHOMP now offers services for more than 150 restaurants across the Corridor region and made its debut on the Fastest Growing Companies list this year.

Congratulations to these intrepid restaurant owners and the success they have created.

It is a great accomplishment making the Fastest Growing Companies list once, but what really is impressive is the companies that have made the list numerous times. Special mention goes to Clickstop, a multi-brand merchant and manufacturer based in Urbana, for appearing on the list a record 12 times this year.

North Liberty-based Spotix is appearing on the list for its eighth consecutive year. The e-commerce company specializing in high-end hearth and patio products premiered on the list in 2015 as the fastest company.