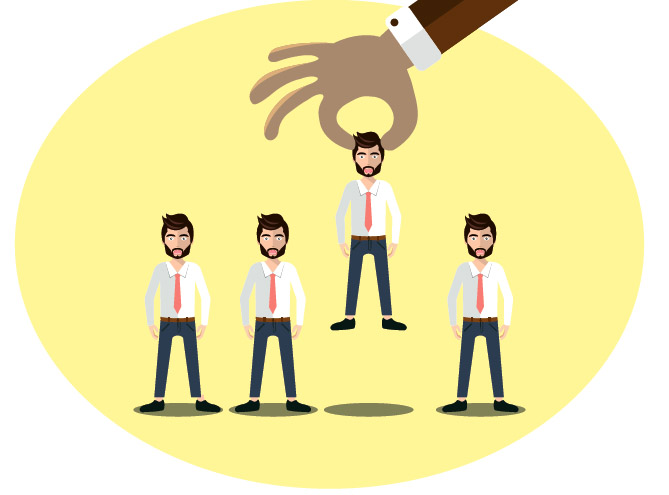 Recruiters are starting earlier and getting creative in the fight for talent.

The tightest labor market in years has some employers building relationships with college students years before graduation in an attempt to build a pipeline of candidates before rival employers can lure them away.

Iowa’s unemployment rate fell below 3 percent in November for the first time in 17 years, landing at 2.9 percent. While that alone should concern employers needing to grow their workforce, there’s another vexing problem. The size of Iowa’s labor force has been shrinking over the past year as baby boomers leave the workplace, and nonfarm employment remains relatively flat.

The Corridor’s largest private employer, Rockwell Collins, faces the added challenge of hiring from the extra-tight pool of graduates in STEM (science, technology engineering and math) fields for its development of avionics and defense products. Over the past few years, it has been connecting with promising students in key fields such as computer science and electrical engineering as early as their freshman year of college, and offering multiple work experiences throughout their collegiate career.

“You hire individuals early in college and they learn about Rockwell Collins – they learn about the company, the culture, how decisions are made,” said Steve Schulz, director of global talent acquisition for Rockwell Collins. “If that individual after their freshman year returns to school, we would love to have them between their sophomore and junior year, and if that works out, between their junior and senior year.”

Mr. Schulz said Rockwell Collins offers both internships and co-op positions, both of which are typically paid positions. It also strives to offer interns more than a summer or part-time job.

“They have to be doing meaningful work, gaining useful experience in their field that they can apply later,” Mr. Schulz said. “They can’t be fetching donuts and coffee.”

Iowa City-based ACT has employed summer college interns for at least 20 years, but if they were hired permanently, it was usually as a “boomerang hire” after they had gained several years of experience in other post-college employment, explained Julie Divoky, ACT senior program manager, talent strategy. With the pool of experienced talent tightening, ACT has now begun offering part-time employment to some promising past-interns and hiring them directly after graduation.

ACT doesn’t face the same hiring strains as Rockwell Collins, with a stable workforce size. But with its mission of helping people achieve education and workplace success, Ms. Divoky said the organization is passionate about the role internships can play in building careers.

Both ACT and Rockwell Collins have enriched their internship programs with non-work experiences that introduce them to company leaders, the community and other interns. They include informal gatherings with senior leaders and volunteer projects.

“If we’re investing our time and energy to have students with us early in the process, we try to make sure we get them back,” Mr. Schulz said. “Statistics show that their productivity and our satisfaction level with them as an employer improve exponentially if we have numerous experiences and they return numerous times.”

Rockwell Collins gauges the success of its intern recruitment programs through reviews of the company’s internships posted by past interns on the jobseeker website Glassdoor, Mr. Schulz said, along with the acceptance rate on permanent job offers to former interns. Both are highly positive.

The lengthening of the campus recruiting cycle is a trend that’s evident to both career placement leaders at Iowa’s regents universities and professional recruiters.

“We’re definitely seeing the employers engage students earlier,” said Matt Nuese, University of Northern Iowa’s associate director of career services. “They will bring students in for one-day job shadows or leadership training programs, all of that prior to them entering an internship program.”

Mr. Nuese said one UNI junior majoring in accounting was recently offered a permanent position upon graduation two years out from taking their accounting exam, in what’s typically a five-year process. Historically, accounting students didn’t get offers earlier than one year from completion.

At the University of Iowa, “they definitely start to recruit them early, meeting with clubs and organizations, meeting with them at career fairs, offering career exploration activities onsite and inviting students with high aptitude to come to leadership programs at their location,” explained Alan Boettger, senior director, corporate and community outreach at the UI’s Pomerantz Career Center.

Mr. Boettger has also seen an increase in the number of early job offers. He said they typically come from the largest accounting and financial firms, because small and mid-sized firms don’t have the predictable level of business that can ensure they’ll need those hires in the future.

Besides building a pipeline of college students, Rockwell Collins is active in a variety of programs at the elementary and high school levels, such as FIRST Tech Challenge and FIRST Lego League. It also offers job shadows, tours and a limited amount of high school internships, the latter in partnership with the Workplace Learning Connection in Cedar Rapids.

“When we look at the entire pipeline, it’s really a K-16,” Mr. Schulz said. “If we can build that pipeline from when they’re in the LEGO League to when they’re a senior in college, that’s excellent.”

While employers look to universities to gain talent at the early-career stage, they often call on professional recruiting firms to help fill key roles in their leadership and management ranks.

Mr. Baker said DHR’s services are in high demand because of its extensive network of industry contacts and database of potential candidates. DHR still targets a 90-day recruiting cycle for his clients, but now does more interviewing by Skype and FaceTime to reduce travel-related expenses and save time.

Because of the tight talent market, “the recruiting process is taking longer,” said Brandi Mueller, managing director of the Overture Group in Cedar Rapids. “Finding candidates that are qualified and will fit the culture of a company is harder.”

Employers have a growing arsenal of talent management apps and online job boards at their disposal to aid them in the recruitment process, but they haven’t replaced the need for recruiters. That’s partly because employers, especially smaller ones, can’t take the time out from running their businesses to learn new apps or make scores of new contacts.

And while websites such as LinkedIn, Indeed.com and Monster.com have become staples of the recruitment process, recruiters say the “A-list” candidates that most employers want for key positions are not out on those boards looking for work. They are what recruiters call “passive candidates” who have to be convinced that an opportunity is worth taking the time to consider.

“It is a challenging market because the unemployment rate is so low, but also because companies are getting better at engaging their employees,” said Sarah Hermanson of Management Recruiters of Cedar Rapids.

At Rockwell Collins, Mr. Schulz said the number of job requisitions has nearly doubled in recent years because of the company’s growth. Recruiting staff has not been expanded in proportion to the increase, Mr. Schulz said, a situation that he said is common across industries.

“We really have to get creative, and that causes us to look at technology,” he said.

Scores of new apps have hit the market in recent years to enhance the recruiting processes. Rockwell Collins has adopted apps that let it see more candidates at job fairs by shortening the time needed to collect vital candidate information at career fairs, and video interviewing apps that allow candidates to answer questions via smartphone.

A key software platform used by Rockwell Collins for talent acquisition is Yello. Mr. Schulz said the company has grown to rely on Yello to enhance and streamline a variety of recruiting functions, including the collection and distribution of candidate information to hiring departments around the globe.

Ironically, while the tight market has lengthened the recruiting cycle for many skilled and leadership positions, it’s had a different effect on hiring for entry-level positions.

Adam McCoy formerly led recruitment efforts at the cable and internet company Mediacom. In his travels, he’s seen even tighter entry-level hiring markets than the Corridor.

“Up around Minneapolis, they’re paying $15-$16 per hour just to start at McDonald’s,” said Mr. McCoy, director of recruiting and operations for Skywalk Group in Cedar Rapids. He said employers hiring for those entry-level positions have learned they can’t delay when they find a good job match.

“For an entry-level position, if you take more than 25-30 days, you’re sunk,” Mr. McCoy said. “That candidate will go to the next guy down the road.”

Getting them to Iowa

We asked some veteran recruiters about the challenges they face when trying to recruit executive talent from out of state. Here’s what they had to say:

Sarah Hermanson
Practice Director, Management Recruiters of Cedar Rapids
“After 20 years of recruiting for Iowa organizations, I believe the greatest challenge in recruiting talent to Iowa is educating them on all we have to offer. Locally and regionally Iowa consistently ranks in the top nationally for careers, raising families, outstanding education and overall quality of life. Once individuals realize all Iowa has to offer, it’s easy to share details about challenging careers.”

Adam McCoy
Director of Recruiting and Operations, Skywalk Group
“You sometimes have to get over the stigma, especially if you’re recruiting from the coasts, that this is ‘podunkville.’ That’s counteracted by Iowa’s consistently high rankings in surveys of the pest places to live and work. Des Moines, for example, has for years ranked in the top five on the Forbes list for best places to live and work for professionals. The Cedar Rapids-Iowa City Corridor is a prime area for education. It’s a very well-educated contingent of the population. These are excellent places to raise families.”

John Baker
Global Life Sciences Practice Leader, DHR International
“If you’re going to come here, it takes more of a risk taker. They [specialized executive talent] no longer have a safety net. If it doesn’t work out, they don’t have 20 other companies they can go to. Iowa, to many on the east and west coasts, is a flyover state when it relates to the life sciences and a few other industries. But that’s no different than Wilmington, Ohio; Eau Claire, Wisconsin; or Kalamazoo, Michigan. … I think Iowa is a tough place to recruit to from any of the Fortune 500s.”

Brandi Mueller
Managing Director, The Overture Group
“Because our region is not as well-known as some larger markets, our challenge is to educate candidates about the excellent quality of life and education we have to offer. The Corridor has so much to offer and it’s easy to show candidates why so many choose to live here. We have great schools, housing, entertainment and opportunities to make an impact in the community and with your employer. All that coupled with high job satisfaction and a minimal commute equals a great quality of life. Recruiting top talent to the Corridor is all about matching the employers’ desires with the candidate and the community.”