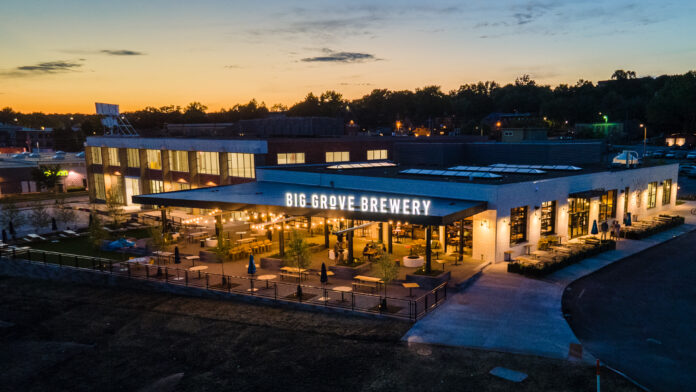 Big Grove Brewery has announced its newest brewery and taproom location is scheduled to open to the public in Des Moines on July 27, at 3 p.m.

The 10-barrel brewery and expansive taproom and patio are located on the eastern portion of the Crescent Chevrolet Building as part of the Ingersoll corridor project.

According to a news release, Big Grove Brewery is among the leading craft beer producers in Iowa and ranks in the top 3% for barrel production nationally.

In 2013, the brewery got its start as a 3.5-barrel brewhouse in Solon, Iowa and focused on freshly made craft beer and elevated pub cuisine. Four years later, the brewery opened a 28,000 square foot production facility, serving as an anchor for the Iowa City Riverfront Crossings redevelopment project.