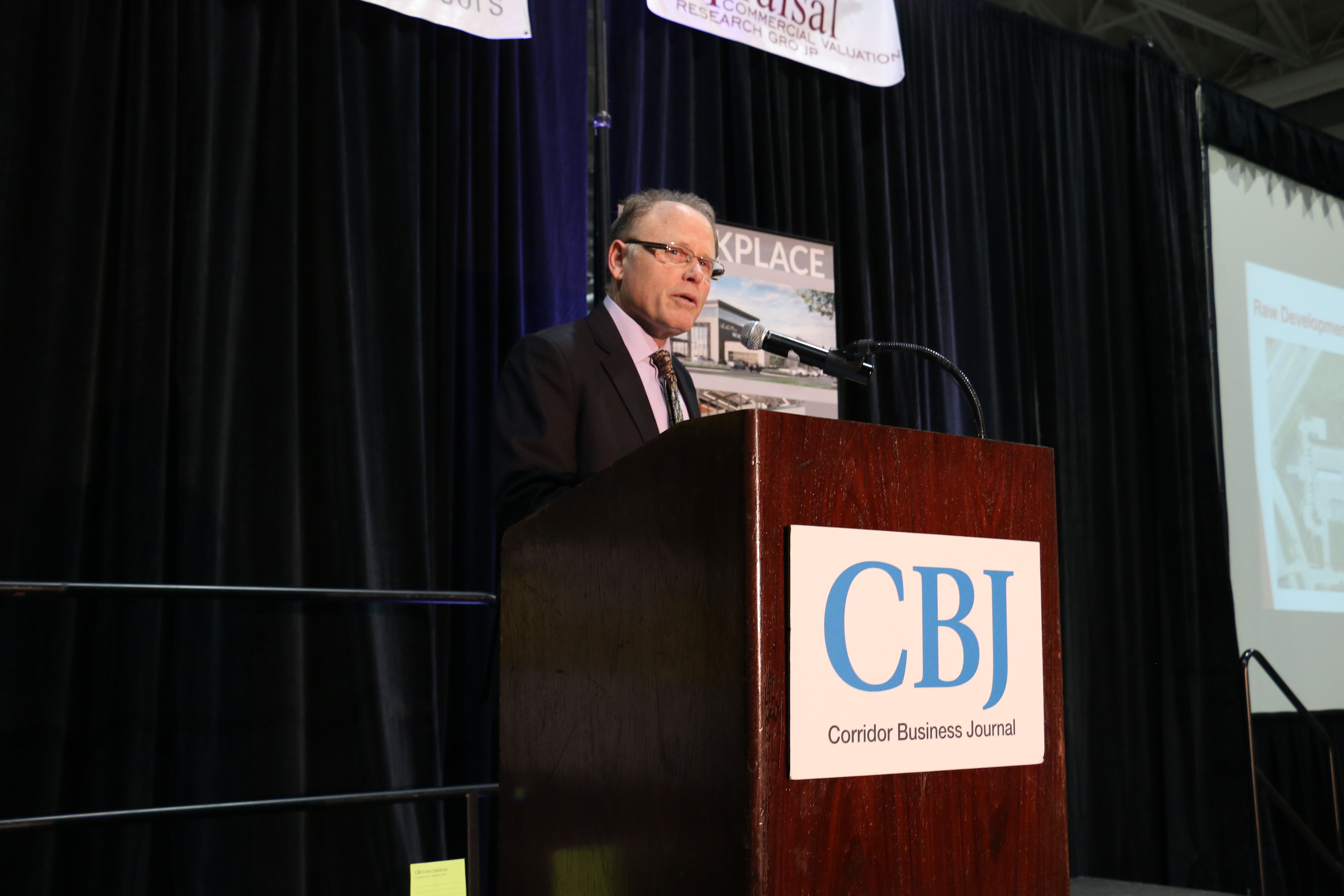 “You can’t be a developer unless you’re ceaselessly optimistic,” Casey Cook told attendees of the 2017 CBJ Commercial Real Estate Luncheon. The commercial real estate appraiser offered advice from two of his own projects. PHOTO/EMILY BETTRIDGE

Mr. Cook, the president of Cook Appraisal, shared a wealth of lessons from two development projects during his speech, one of the highlights of the March 8 luncheon at the Coralville Marriott. About 280 attended the event, sponsored by GLD Commercial, Shive-Hattery, University of Iowa Community Credit Union, Ahmann Companies, the city of Iowa City and Cook Appraisal.

Mr. Cook’s day job is appraising commercial properties as the president of one of the state’s largest appraisal firms, but he’s also gotten his hands dirty in development with Garage Mahaul, a nearly four-acre, solar-powered self-storage facility at 4181 Alyssa Court in Iowa City, and Muskrat Free Partnership, an investment in a marsh-like Highway 1 area that has since been turned into a prime five-acre development lot.

“Finding and enhancing underutilized assets is how developers make money,” Mr. Cook said. He said the opportunities are often well disguised, and paraphrased the Thomas Edison quote, “Opportunity is missed by most people because it is dressed in overalls, and looks like work.”

Mr. Cook’s work on the two projects left him with the following lessons:

Mr. Cook didn’t share the outcome of his two investments. He told the CBJ his return on investment in Garage Mahaul was excellent, partly because of the low initial land costs. He was able to put more buildings on the site than originally expected simply by asking a pipeline company to vacate a portion of its right-of-way that was no longer needed. The jury is still out on the Muskrat Free property on Escort Lane off Highway 1 because the property remains unsold.