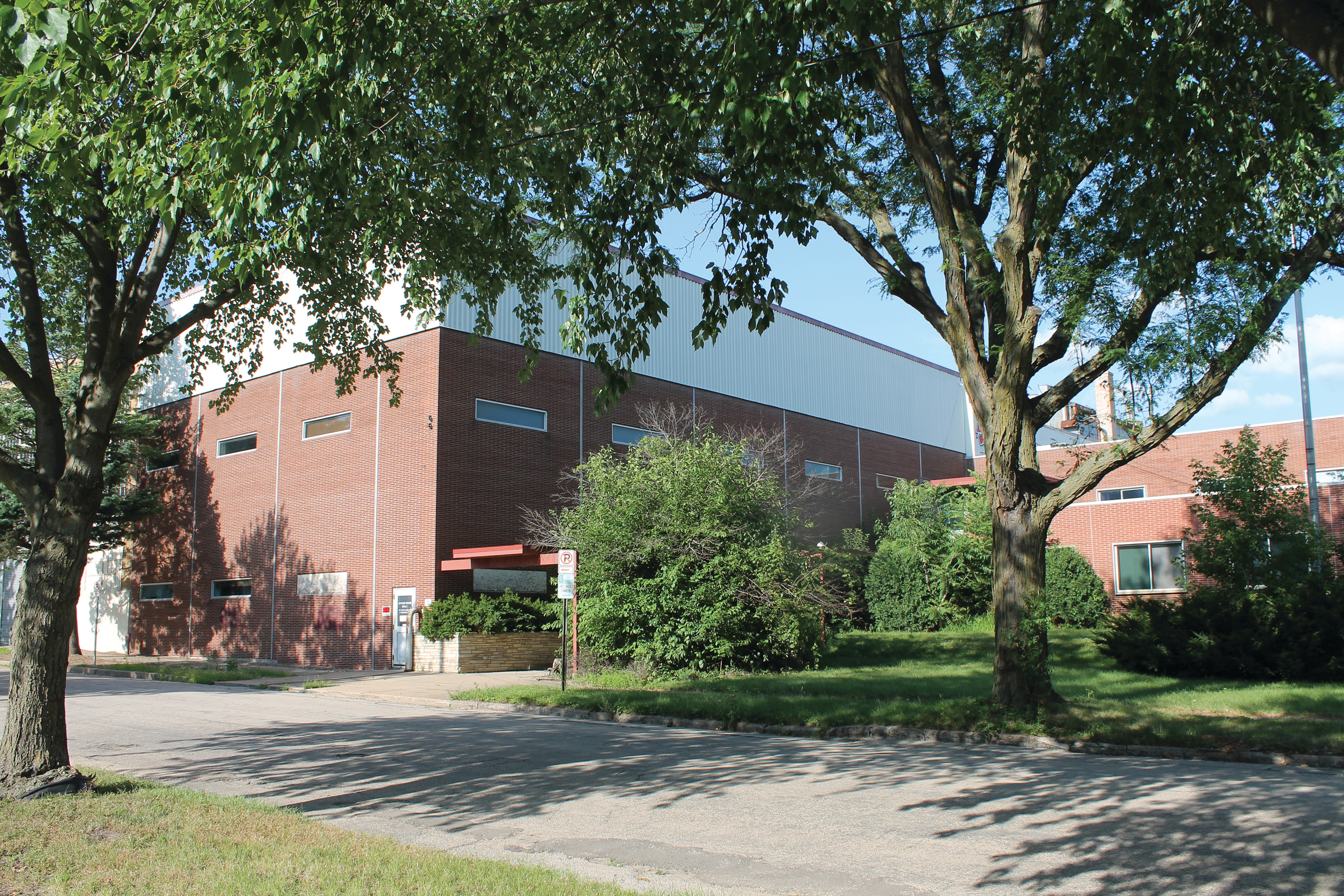 Plans are being made for redevelopment of the rambling Main Building of the former Terex complex at 916 16th St. NE in Cedar Rapids, acquired recently by The Hub LLC, an Ahmann Companies venture. PHOTO DAVE DEWITTE

Ahmann Companies is making plans to redevelop the site of a vacant Terex factory at 916 16th St. NE in Cedar Rapids that could become a catalyst for redevelopment in an industrial area of the city’s Mound View neighborhood.

The large factory located on a 3.2-acre site — once part of an operation that made rock crushing and street paving equipment — was acquired last month from Terex by Ahmann Companies for $250,000.

The site is seen as a potential neighborhood hub, and was actually purchased through a new LLC called The Hub, led by Ahmann Companies CEO Joe Ahmann.

Whether existing elements of the 128,219-square-foot building, parts of which date back over a century, could be incorporated into the redevelopment project has not been determined, said Chad Pelley, business and development manager for Ahmann Companies. He said plans for the property will be made in consultation with the neighborhood and could potentially incorporate other properties in the area. It will include housing and potentially other uses.

That excitement won’t necessarily make it an easy project, however. Mr. Pelley noted the former Terex property is a “huge blighted site,” and probably presents more environmental challenges than any other property Ahmann Companies has developed.

The site is part of the Cedar Rapids College District Action Plan. Adopted by the city council in December 2018, the plan covers a large area of the near-northeast quadrant that stretches from Coe College to Mount Mercy University and includes the historic Mound View neighborhood. It calls for preserving the area’s historic character, improving trail connections and walkability, improving stormwater management, adding more housing options and improving the area’s visual appeal, among other things.

Redevelopment of the 16th Street site could build on the momentum created by Mount Mercy’s recent conversion of another former Terex property into the Rinderknecht Athletic Center, according to Adam Lindenlaub, a city planner who worked on the College District Action Plan.

“It could bring attention to the possibilities of this area,” he said.

Ahmann Companies undertook a similar redevelopment challenge with the former Iowa Iron site it acquired from the city and redeveloped into a mixed-use project called The Depot. That project generated nearly $40 million in investment over a period of years, and helped the city receive a Phoenix Award from the U.S. EPA for exemplary redevelopment of a brownfield area.