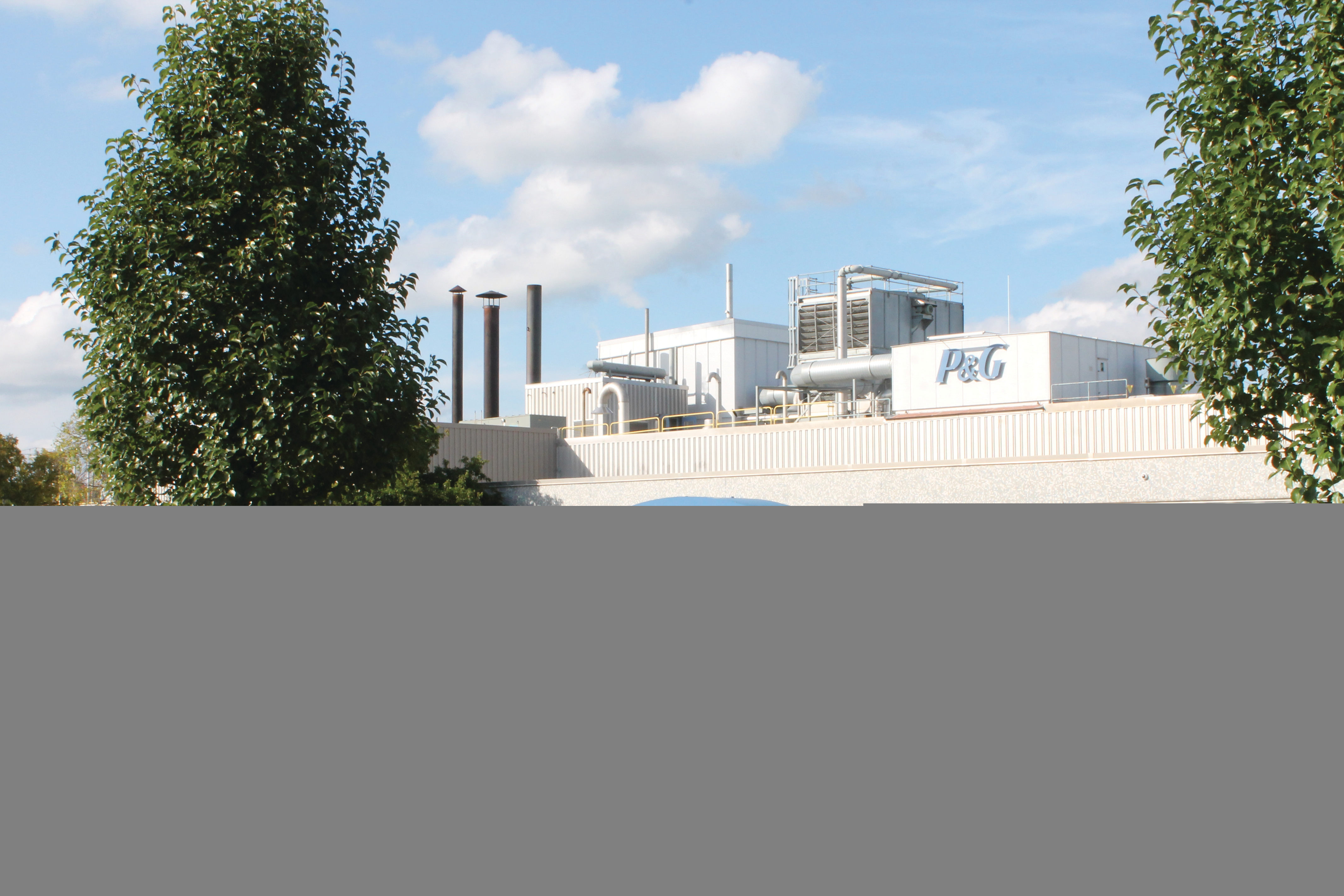 Procter & Gamble, which announced in February 2018 it would cut 500 jobs from its 2200 Lower Muscatine Road facility, plans to hire 100 new workers and is “actively studying other ongoing uses for the site.” PHOTO KATHARINE CARLON

More than a year and a half ago, consumer products giant Procter & Gamble announced it would cut 500 jobs at its Iowa City facility and shift production of hair and body care lines to a new mega-plant in West Virginia.

Now, the company says it is making “some adjustments” to its timeline, and plans to actually hire up to 100 additional workers at its 2200 Lower Muscatine Road site throughout the transition to West Virginia – and potentially beyond.

A P&G spokesman told the CBJ that ads for the new positions were “imminent,” including some set to run on local radio.

“The gist of the situation is that we are getting ready to hire for Iowa City,” said Patrick Blair, a member of P&G’s global communications leadership team. “We need all the folks we can get. P&G is crushing it … and there is a lot going on in West Virginia.”

It is still unclear whether the company is committed to operating the Iowa City facility on an extended or permanent basis as it shifts operations to its new Tabler Station plant, which will eventually encompass 2.5 million square feet. P&G is currently conducting a site study to identify potential uses for the Iowa City facility, with all options on the table.

In emailed responses to questions, local P&G officials said a number of employees have already transferred to West Virginia or other locations, while others would transfer in the coming year.

At the same time, they said, “We plan to hire up to 100 new employees to enable continued strong performance at the 2200 Lower Muscatine site throughout the transition,” adding, “We are committed to high standards for quality, safety and customer service, and having a strong P&G workforce is a top priority.”

The company has previously said it would maintain its Oral Rinse operation, add a supply warehouse and expand customization operations in Iowa City. Now, it says it is “actively studying other ongoing uses for the site,” in addition to those plans.

“Because the Iowa City plant is doing so well, we’re really reviewing that,” Mr. Blair said, adding that the company’s readjustments stemmed from three factors: the historically strong performance of the Iowa City plant, the complicated process of ramping up multiple new lines in West Virginia at what will become the multinational’s largest production facility in the world, and P&G’s overall growth.

“I’m very encouraged by what we’re hearing, and I hope it is a sign of a longer-term commitment to Iowa City,” said Mark Nolte, president of the Iowa City Area Development Group, which has worked with Iowa Workforce Development, Kirkwood Community College and P&G officials since the initial relocation announcement to minimize the impact on workers. “I think the company realizes how special and productive our local workforce is, and we hope they’re considering any and all options to utilize the people we have here.”

P&G reported its highest quarterly sales growth in more than a decade in late July. Organic sales rose 7 percent for the quarter, led by health and beauty care products, which include the shampoos, conditioners and body wash lines moving to West Virginia.

“It’s a good problem to have,” Mr. Blair said. “Business is good, the Iowa City plant is doing fantastic and we don’t want to stop the momentum.”

At that time, P&G, which operates three plants in Iowa City, vowed to retain the 700-some workers producing oral care products, including Oral-B power toothbrushes – a commitment that remains intact, Mr. Blair said, adding “oral care is always going to be there.”

The announcement came as part of P&G’s ongoing supply chain transformation, which has involved the closure of more than a dozen U.S. factories since 2013. In recent years, the company has moved production to fewer, more automated factories closer to strategic suppliers and mega-distribution sites with “significant scale opportunities.”

The $500 million mega-plant in West Virginia, for instance, is roughly the same size as New York City’s Empire State Building, by square footage, and situated within a day’s drive of 80 percent of the United States.

As of late July, the Tabler Station factory employed 1,100 people and was seeking to fill 275 more spots, the nearby Martinsburg Herald Mail reported. At that time, the plant was producing Bounce fabric softener, the Aussie, Pantene and Herbal Essences lines of shampoos and conditioners, as well as Swiffer and Dawn products, with dozens of production lines expected to be operational by late next year.

“There is a lot to process [in West Virginia] because it’s the biggest project we’ve ever built,” Mr. Blair said. “It’s going to be our largest plant in the world and that comes with a lot of complexity and longer timelines.”

P&G’s Lower Muscatine site has shed some employees due to retirements and natural attrition since the February 2018 announcement, although it has not yet seen any layoffs. Mr. Blair said some of the new employees would replace those workers “and there is business demand evident for the next nine to 12 months, for sure,” if not longer, pending the company’s site study.

“At the end of the day, our people in Iowa City are unlike anything you find in other parts of the country,” Mr. Nolte offered. “I will just say I’m encouraged by some of the signs.” CBJ