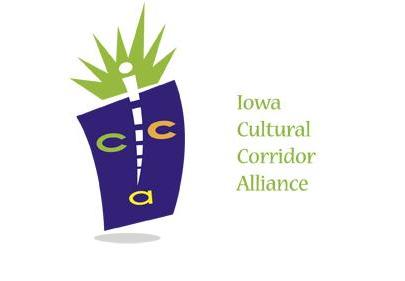 The advocacy of the arts in the Corridor is good, but the Corridor must come together with supporters throughout the state to advocate for the arts, according to Jay Dick, who spoke at the Iowa Cultural Corridor Alliance (ICCA) meeting Tuesday night.

The meeting, at CSPS Hall in Cedar Rapids, drew about 60 people and replaces the ICKY Awards event that the organization held each January. The organization decided to move away from that awards-based format this year.

Awards were presented, but only in four categories. In the Collaborative Award category, “Journey to Freedom,” a program of the African American Museum of Iowa and Wickiup Hill Outdoor Learning Center won. In the Reaching Out Award category, which recognizes a collaboration between an ICCA member and a non-member, “Miss Representation,” a project of the Landlocked Film Festival and a handful of partners was recognized.

Two other awards were given. Steve West with West Music in Coralville won the Larry Eckholt Award, given to an arts advocate in the south end of the Corridor. F. John Herbert and Mel Andringa, co-directors of Legion Arts, which operates CSPS in Cedar Rapids, won the Cultural Advocate Award. That honor goes to an arts advocate in the north end of the Corridor

The event also marked the first day for new ICCA Executive Director Jessica Johnson. Ms. Johnson replaces Abby Ballain, who left the organization this fall after 13 months in the position.

Delivering the keynote for the evening, Mr. Dick, who is director of state and local government affairs with Americans for the Arts, shared that 23 states had flat or increased arts funding last year, while 11 saw a disproportionate cut. He said that occurred in those states because elected officials didn’t hear from people to whom the arts are important.

While groups like ICCA work well when it comes to advocating for the arts locally, Iowa lacks a strong statewide advocacy group.

“You need to be working more cooperatively,” he said. “If you don’t want to be left behind.”

Advocacy efforts must include the grass roots and “grass tops,” which he defined as the people who can pick up the phone and reach elected officials directly. He said the $50 million in arts funding in the 2008 stimulus bill is an example. It was in flux, but then arts advocates convinced the actor Robert Redford to call then-Speaker of the House Nancy Pelosi. Ms. Pelosi is a fan of Mr. Redford’s, Mr. Dick said. The next day, the money was in the House version of the bill.

He also suggested involving college students in advocacy. Too often, he said, the demographic of arts supporters skews toward women over 50. They are great advocates, but elected officials want to hear young voices as well, he said.

“Make sure advocacy is part of your daily mission,” he said.