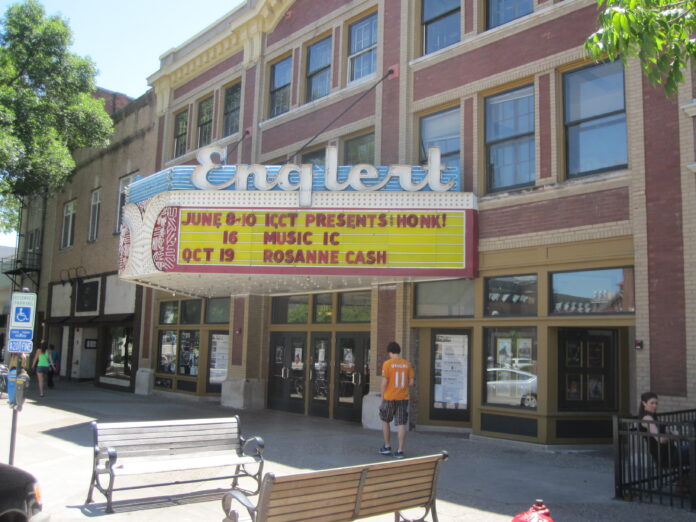 The Englert Theatre in downtown Iowa City was approved to receive $50,000 in funding from the city of Iowa City by the city’s economic development committee last week. Andre Perry, the theater’s executive director, said the funding is important given additional competition with the Coralville Center for the Performing Arts and the anticipated changes when new University of Iowa arts venues open. One of the most significant changes from 2011, Mr. Perry said, was the capital campaign that led to the Englert Civic Theatre  Inc., taking over 100 percent ownership of the property.

Tell us what you think: The Englert is celebrating its 100-year anniversary this year and has received continued community support through the years. What makes the theater so special? Why does it continue to be important to the Corridor? Comment below or e-mail your answers to news@corridorbusiness.com.