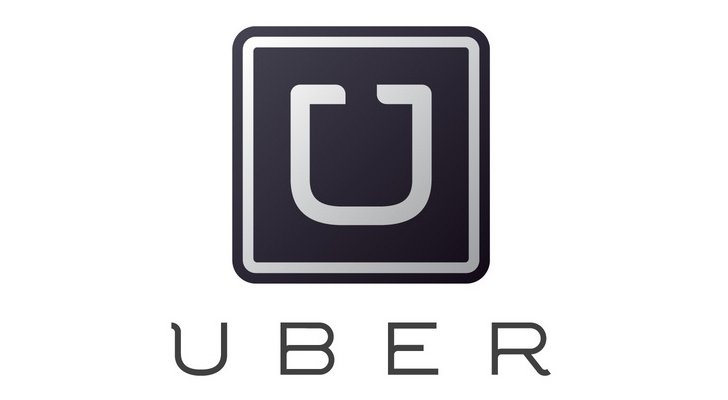 The Corridor’s two largest cities are pulling together to create a regulatory template that could ease the way for regional regulation of Uber, which launched service Dec. 4 in Cedar Rapids.

Cedar Rapids and Iowa City are collaborating on the crafting of city ordinances to regulate ridesharing services such as Uber, Lyft and Sidecar that don’t fit neatly into the regulatory framework of existing taxicab ordinances. The services offer apps that allow users to request transportation and pay for rides all through their mobile devices.

Some of the services are used to connect passengers with taxi cabs or limo services, but the one attracting the most interest in the Corridor is UberX, a low-cost option from San Francisco-based Uber that pairs private vehicle owners with passengers seeking a lift.

Uber had been running online advertisements for months seeking drivers here with their own cars, promising opportunities to earn up to $50,000 a year. It officially launched its UberX service by offering up to five free $20 rides to Cedar Rapids metro users for a one-week period.

The regulatory hurdles shouldn’t be too difficult to conquer, according to Cedar Rapids Mayor Ron Corbett, an ardent supporter of the cooperative approach. He says Uber has indicated its willingness to comply with such public safety requirements as insurance and driver background checks.

“Cab laws are set so there isn’t a difference in the fare based on the time of day or night,” Mr. Corbett said. “Uber-type companies operate on a supply-and-demand business model (where fares change with demand), and unless the current cab laws that set the fee schedule would be changed, it would be a problem.”

Pooneet Kant, Uber General Manager-Regional Expansion, said the company launched when it did in Cedar Rapids because of “consumer demand.” He said the company had been receiving inquiries about whether Uber would be available during holiday parties, when rides are in high demand.

Iowa City, which was already reviewing its taxicab ordinances, has many residents clamoring for Uber, City Manager Tom Markus acknowledged.

Mr. Kang said Uber “remains very interested in the Iowa City market. I think it will be a strong market.”

Opportunities to cooperate on ridesharing regulations and other issues were discussed at a recent meeting in Solon between the city managers and mayors of Iowa City and Cedar Rapids, Mr. Corbett said. He added that it only makes sense to take a regional view of updating cab laws, and the cooperation between the Corridor’s two largest cities should make it easier for smaller cities in the Corridor to chart a regulatory path.

Uber has racked up a series regulatory oversteps and public relations gaffes since its 2009 launch that have resulted in outright bans in some communities. Regulatory compliance issues clouded the company’s Sept. 12 service launch in Des Moines, and the Cedar Rapids launch came ahead of regulations, even though Uber representatives had met with representatives of both cities as recently as Nov. 21.

“I wish they would have given us a little advance notice,” said Maria Johnson, communications manager with the city of Cedar Rapids. She said the city has no ridesharing ordinance in place, and Uber doesn’t fit under the city’s taxi cab ordinance, so the company would be allowed to continue operating while the cities work on an ordinance.

Marion, the largest city bordering Cedar Rapids, also had no ridesharing regs in place, according to City Manager Lon Pluckhahn, who said the city may wait to see how big ridesharing gets before deciding whether to regulate it.

Mr. Kang said Uber adds an important choice to the transportation fabric of a community by pairing driver supply with demand. In Des Moines, he said 70 percent of Uber rides have been between 9 p.m. and 3 a.m. on Friday and Saturday nights, clearly reducing the need for intoxicated persons to drive.

“Uber is a tech company that provides a platform that allows riders and drivers to connect for safe and reliable transportation,” Ms. Altmin said.

“We don’t take street hails, and we don’t wait at cab stands or airports,” Mr. Kang said. “All of our ride requests come through the app.

“If you’re transporting somebody for money and the cost is more than the cost of the ride, it’s a taxicab business,” said Roger Bradley, manager of Yellow Cab in Iowa City. “The fact that it’s coming through a phone app is nothing new, and they’re not the first to do that in Iowa City and Coralville.”

“Technically, they’re a transportation broker,” said Thomas Ketelsen, owner of V.I.P Chauffeured Services, a Corridor limousine service based in Clarence. “All the cities would need to do is revert to that state and federal legislation.”

Mr. Ketelsen says Uber has a record of non-compliance, which has gotten it banned from some cities, states and even countries.

“They should be regulated like everybody else,” Mr. Ketelsen said. “What it comes down to is safety.”

In some cities that tightly regulate ridesharing servies, Uber has come in with Uber Taxi, a service that connects with municipally licensed taxi services. The company also has Uber Black, a licensed delivery driver service.

Nazar Osman of American Class Taxi has been contemplating Uber’s arrival since he learned that the company was contacting potential drivers in the Corridor. He expects Uber to have no difficulty recruiting drivers from the University of Iowa student population.

When Uber arrives, “That will be it for the taxi business,” said the Sudanese immigrant, who is prepared to redirect his efforts into his medical transport business.

Mr. Corbett isn’t ready to conclude that ridesharing services will send taxicab companies the way of the buggy whip. He believes some will be able to adapt technologically to the changing environment, while others may not.

The regulated nature of the taxicab industry may in fact have stifled innovation, Mr. Corbett said, but that doesn’t mean local municipalities must defend the status quo.

“We’re supposed to be embracing technology and changing the way business is done,” Mr. Corbett said.

Mr. Corbett said he’s utilized Uber when traveling in groups on city business, although he doesn’t have the Uber app on his phone. His experiences were positive, and the technology platform adds a feedback measure.

Mr. Markus says that protecting the safety and well-being of the public will be at the forefront of Iowa City’s efforts to regulate ridesharing services. To some degree, he sees the spread of ridesharing as inevitable, and something cities must be prepared to regulate.

Just getting city staff members from different cities working together on projects is a step in the right direction, Mr. Corbett said, creating a familiarity that makes collaboration come more naturally. He says it’s important to do more than talk about regionalism.

“When we get it done, we can look back and say, “What else can we do?” Mr. Corbett said.