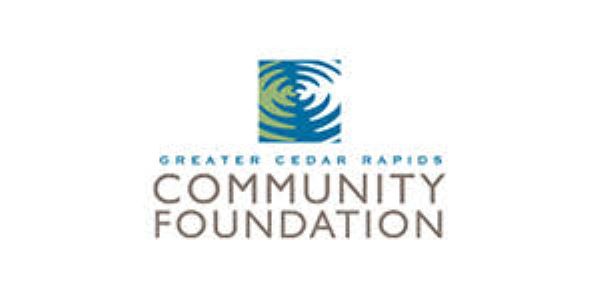 On Wednesday, Aug. 24, the Greater Cedar Rapids Community Foundation announced that its president & CEO, Les Garner, is retiring in 2023. This announcement will start a leadership transition process that will conclude no later than June 2023.

According to a news release sent by the organization, Mr. Garner has served as president & CEO at the Community Foundation since 2010.

“Our community and region have benefited enormously from the leadership Les has provided,” said Okpara Rice, Board Chair at the Greater Cedar Rapids Community Foundation, in the release. “He has been a convenor and collaborator that has led the Community Foundation through tremendous growth over the past 12 years. The Community Foundation staff, Board of Directors and community partners feel privileged to have worked with Les and are grateful to him for his many contributions.”

“It has been an honor to serve as the leader of the Greater Cedar Rapids Community Foundation,” said Mr. Garner, in the release. “I am proud of the organization and its efforts to strengthen our community through philanthropy. The collective efforts of the Board of Directors, a talented staff, and innovative donors and nonprofits have been inspiring. I am optimistic about the future of the Community Foundation and Linn County.”

The search for a new president & CEO

The Board of Directors will oversee the search process and plans to talk with constituents about the Community Foundation to assess the leadership skills and experience it requires. Based on those conversations, the Board will develop a president & CEO job description. The search will begin in January 2023 with a goal to fill the position by June 2023, according to the release.

“We appreciate Les giving us time to prepare the Community Foundation for his departure,” said Mr. Rice, in the release. “A team of Board members, with support from staff members, will lead the transition process.”

Mr. Garner’s leadership has increased the scope and visibility of the Community Foundation, greatly increasing its impact in the community. He has served as a community convener in his role by connecting people and organizations with complimentary interests and expertise to establish collaborations that are making a difference. Examples include the micro-lending program for Cedar Rapids, the expansion of the Kids on Course University summer programs, the third-grade reading proficiency program called Reading into Success, and the Creating Safe, Equitable and Thriving Communities Fund for youth violence prevention efforts.

According to the release, he also led the organization’s recovery efforts during the floods, pandemic, and derecho disasters. In 2012, under Mr. Garner’s leadership, the Community Foundation was named the Outstanding Foundation internationally by the Association of Fundraising Professionals for its service to the community during the aftermath and for the historic 2008 flood.

Mr. Garner’s innovative leadership has had a tremendous impact within the Community Foundation by strengthening its core services. During his tenure, Mr. Garner has developed teams and implemented systems including the implementation of an integrated data software system that completely changed how the organization operated internally and externally; an expanded menu of investment options; new development strategies and processes; increased marketing and communications activities; stronger support and resources for nonprofits through grantmaking and its Nonprofit Network programming; and increased involvement in community learning and initiatives that involve charitable giving.

Prior to joining the Community Foundation, Mr. Garner was president of Cornell College in Mount Vernon, Iowa from 1994 to 2010. Other prior positions include president of North Carolina Wesleyan College in Rocky Mount, North Carolina; assistant professor of business administration and director of the Young Executives Institute at the University of North Carolina at Chapel Hill; and special assistant to the director at the International Institute of Applied Systems Analysis in Laxenburg, Austria. Mr. Garner received his undergraduate degree from the University of North Carolina at Chapel Hill with a Bachelor of Arts in history and holds master’s and doctoral degrees in public policy from Harvard University.