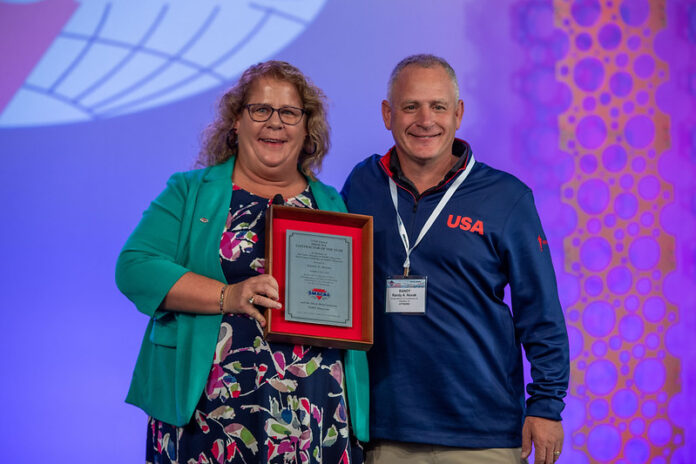 Randy Novak, president of Novak Heating & Air in Cedar Rapids, was unveiled as Contractor of the Year by the Sheet Metal and Air Conditioning Contractors’ National Association (SMACNA) at an annual convention in Hawaii this week.

Starting at his family business in 1986, Mr. Novak has served more than three decades in sheet metal and HVAC. He first worked as an apprentice before moving his way to sales and management to ultimately assume the role of president.

“Not only has Randy’s perseverance, integrity and problem-solving abilities helped him grow his own company, but his drive has helped push through key initiatives for SMACNA and the industry as a whole,” said Vince Sandusky, SMACNA’s chief executive officer, in a release. “His dedication as a small business owner combined with his passion for growing the workforce make him an exceptional industry leader at the local and national levels.”

Mr. Novak was SMACNA president from 2013-14, where he focused on workforce development and apprenticeship training. Other committees he has an active role in include the Budget and Finance Committee, Convention Committee, Duct Cleaning Task Force,  Credentials Committee and ITI Board of Trustees. He also serves on the board of directors for the Sheet Metal Contractors of Iowa.

SMACNA is an international trade association representing 3,500 contributing contractor firms around the country.