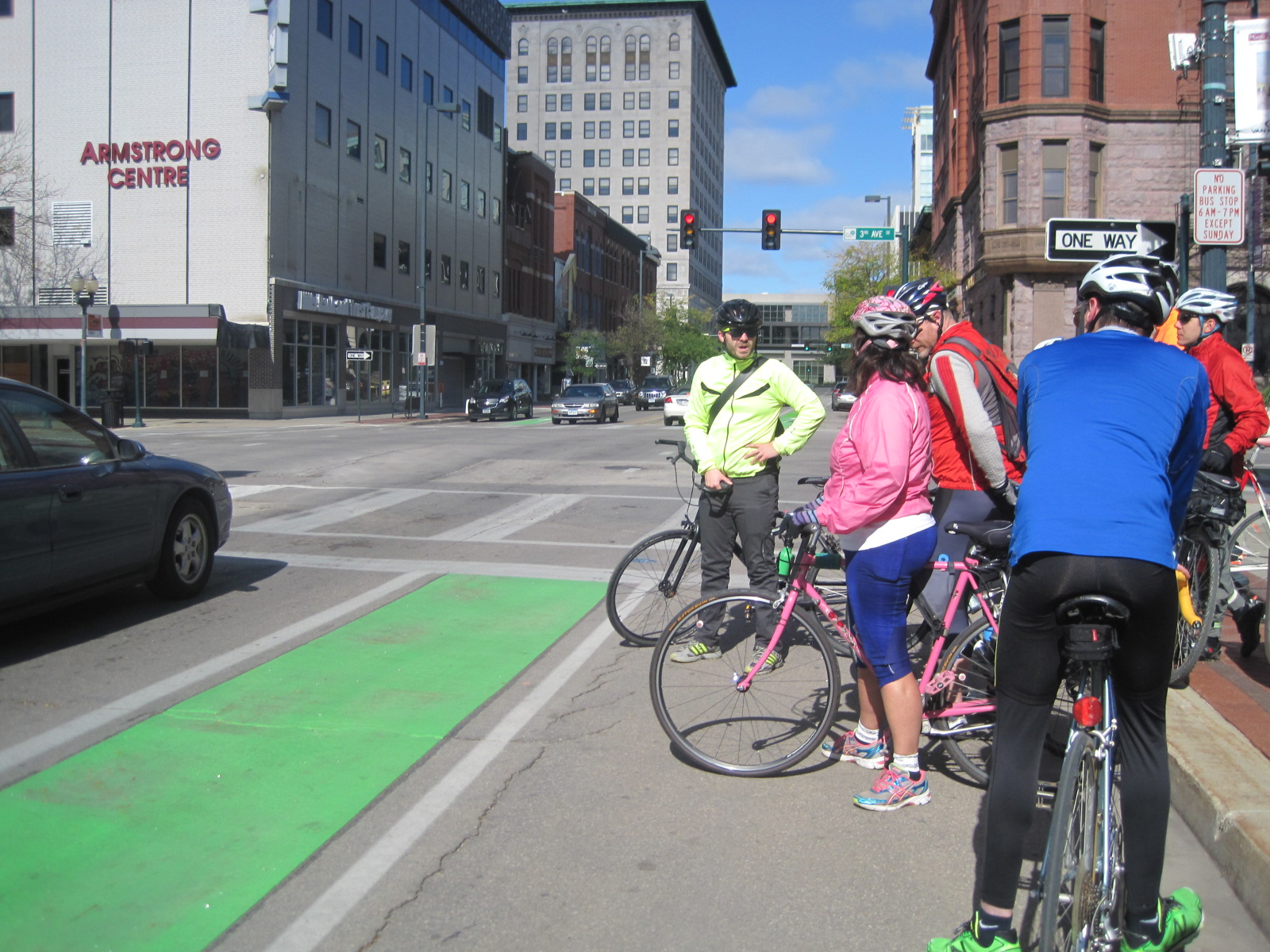 In celebration of National Bike Month, Corridor residents are invited to participate in a variety of bike-friendly activities throughout May, including riding their bikes to work.

Studies show that half of the U.S. population lives within 5 miles of their workplace, a 15-20 minute commute by bike. The average commuter loses 13 pounds in the first year they commute by bike.

Cedar Rapids and Marion are celebrating Bike to Work Week May 11-15, with a variety of events focused on bike education, healthy incentives to get people active and moving, and opportunities to gather with community members who share a love for biking.

Uptown Marion has partnered with Blue Zones and the city of Marion to encourage participation during National Bike to Work Week. Throughout the week, bicyclists will be offered free metro bus rides, Blue Zones/Bike to Work Week goody bags with retail coupons, and special savings when bicyclists visit participating retailers or restaurants.

Cedar Rapids Transit will offer free bus rides for cyclists using the bus bike racks May 11-15. Other Bike to Work Week events in Cedar Rapids include:

Tuesday, May 12
Citywide Bike to Lunch
Noon-1 p.m., various locations
The entire community is encouraged to take advantage of the lunch hour May 12 to get out and ride their bike. Lunch specials from noon-1 p.m. will be offered at a variety of restaurants for those riding to lunch by bike, including Za’s Pizza, Jersey’s SW, Sagwagon, Brokenspoke, Vitos on 42nd and Parlor City.

Friday, May 15
Mayor’s Bike Ride
7 a.m., Park Pavilion at Cedar Lake
Join Mayor Ron Corbett on a bike ride led by Bike 2 Work Consultants and joined by United Fire Group. The ride will travel from the Cedar Lake Park Pavilion to United Fire Group (118 Second Ave. SE). Those interested can continue on the ride from United Fire to other destinations, including Bankers Trust, Rockwell Collins, Geonetric, TransAmerica, Hibu and GE Capital via the Cedar River Trail.  All are welcome.

Bike Pit Stop
4-6 p.m., Third Street SE and 14th Avenue in NewBo
Free t-shirts, refreshments and educational material on bike safety and awareness will be handed out, as well as coupons for restaurant specials.

Wednesday, May 20
Ride of Silence
6 p.m., Greene Square Park
Join cyclists worldwide for a silent, slow-paced ride in honor of those who have been injured or killed while cycling on public roadways.

Saturday, May 30
MPO ride
9 a.m., NewBo City Market
Enjoy 22 miles of cycling to Ely and back. The ride will include a tour of the hotel and restaurant at Kirkwood. Mayor Doyle of Ely will be joining as the guide through Ely. The ride will highlight bike facilities available and future bike projects in Ely and southwest Cedar Rapids, including a preview of the upcoming Hoover Trail Extension to Johnson County.