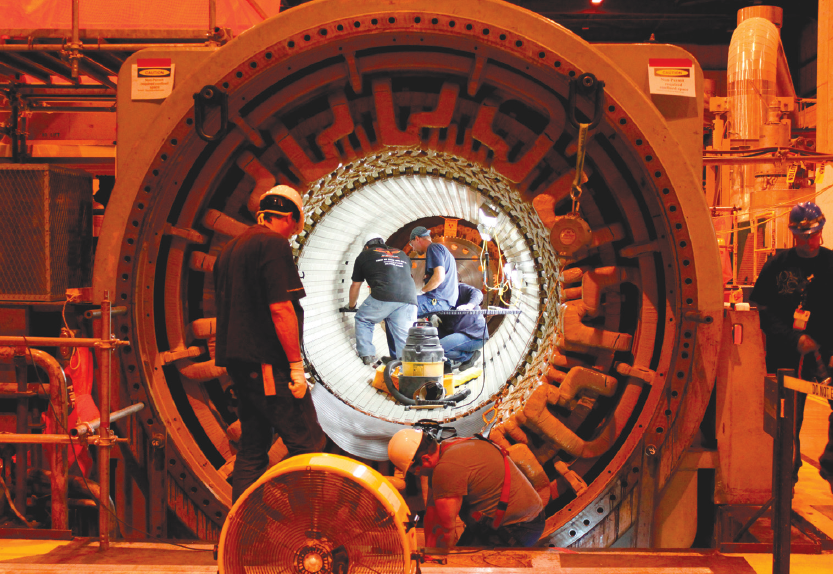 The owner of the Duane Arnold Energy Center near Palo says it may close the plant in 2025, about nine years earlier than its operating license is scheduled to expire.

The potential for an early closing of the nuclear power plant was disclosed by majority owner NextEra Energy Resources on Jan. 26 in its fourth-quarter 2017 earnings report, which included a $258 million after-tax impairment charge for the plant. That charge reflected a review of Duane Arnold’s value and the costs to retire it after NextEra concluded its largest customer is unlikely to renew its power purchase agreement when it expires.

“In late 2017, NextEra Energy Resources concluded that it is unlikely that the facility’s primary customer will extend the current contract after it expires in 2025,” NextEra spokesman Peter Robbins said. “Without a contract extension, the facility would likely close at the end of 2025, despite being licensed to operate until 2034.”

The news comes as Iowa regulators deliberate over a request from Alliant Energy to develop another 500 megawatts of wind power.

The falling cost of wind power within NextEra’s own operations was one of the topics of conversation between company leaders and Wall Street analysts during a recent earnings conference call. NextEra Chairman and CEO James Robo also told analysts “we will continue to pursue a contract extension that would enable Duane Arnold to continue operations.” He added that Duane Arnold’s contribution to net income “has been, and is expected to be, negligible over the next several years.”

Nuclear Energy Commission (NRC) Public Affairs Officer Chandrathil Prema confirmed the NRC has not received a notice of intent to close the plant. A formal notification, called a “certificate of permanent cessation of operation,” will be required if it does. The removal of nuclear power facilities and their fuel can be a lengthy process taking years or decades, Ms. Prema said.

Alliant Energy is the main utility served by the 615-megawatt nuclear plant, which is minority owned by Central Iowa Power Cooperative and Corn Belt Power Cooperative. Alliant spokesman Justin Foss said the company is committed to continuing to buy power from Duane Arnold Energy Center for the remaining eight years of its contract.

“Energy markets continue to change,” Mr. Foss said. “The cost of wind energy in the past eight years has dropped dramatically and it is hard to forecast out eight years from now. With all that said, we’re continuing to work with NextEra to determine the best course forward for our customers.”

Through its Iowa-based utility subsidiary, Alliant filed an application with the Iowa Utilities Board last summer seeking approval to develop up to 500 megawatts of wind energy in the state. The IUB approved a similar wind energy expansion for the company in 2016. A decision on the second proposal is expected this spring.

The Duane Arnold Energy Center is the only nuclear plant in Iowa and one of 60 in the United States, according to the U.S. Energy Information Administration.

The number of nuclear plants has been falling in recent years as lower natural gas prices have made it more economical to generate electricity within federal clean air regulations and the cost of wind and solar power has dropped.

Illinois lawmakers passed legislation in 2016 to avoid a threatened shutdown of the Quad Cities Generating Station near Cordova by providing a $235-million-per-year subsidy to Exelon, its owner, over a 10-year period.

Increased power generation from natural gas power plants and coal power plants have made up for the 5,000 megawatts of nuclear power lost, according to the federal agency.

The Duane Arnold Energy Center is a major driver of the Corridor’s economy, with $255 million in economic impact locally per year, and has a payroll of about $85 million, according to NextEra Energy. It employs about 600 full-time workers and can bring as many as 1,500 contract workers to the area during shutdowns for refueling and maintenance. Nuclear power advocates point to the fact that the heat produced by the plants to generate steam is created without carbon emissions and that the plants provide baseload power, which helps balance renewable power sources dependent on variable conditions such as wind and sunshine.