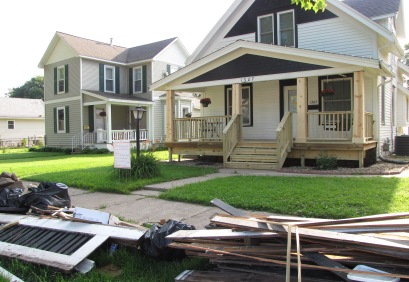 As the floodwaters tore through Cedar Rapids, officials with the Greater Cedar Rapids Community Foundation rallied their resources to help contribute to the community’s recovery.

The foundation released its flood fund report last week. The report outlines the $5.7 million in grants the foundation dispersed following the 2008 flood.

“It’s really an amazing commentary on the community we live in,” Mr. Garner said about the report. 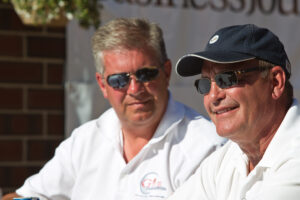 The foundation also supported 70 nonprofits through the nonprofit recovery fund following the flood, distributing about $313,000 in funds to Cedar Rapids nonprofit and places of worship affected by the disaster.

“I think it’s fair to say these grants impacted tens of thousands in Cedar Rapids,” Mr. Garner said. “This is an incredibly generous place.”

The Block By Block program, for example, helped many residents in the worst-hit neighborhoods west of the river. The recovery project initially aimed at engaging neighborhoods and restore homes in eight blocks between July and December 2009. The group added 16 more blocks in 2010; and by December 2011, 25 blocks will be rehabilitated.

Matthew 25 Ministry Hub, Four Oaks’ Affordable Housing Network Inc. and the United Methodist Church partnered on the project. As of May 2011, the program had helped rebuild 276 homes.

“When the community foundation offered their support the Block by Block program really took off. Once the foundation invested $1.2 million from the flood 2008 fund it was really a spring board into action,” said Joe Lock, executive director of the Affordable Housing Network.

Mr. Lock said the grant allowed the organizations to leverage funding from other sources.

“More than $4.6 million has been spent on 25 blocks that contain more than 350 homes and dwellings,” he said. “We are evolving from disaster recovery to neighborhood revitalization.

“I believe it’s really a celebration because of the positive impact that Block by Block has been able to make for this community in a disastrous situation,” Mr. Lock added. “It couldn’t have happened without the community foundation lending their support.”

The foundation gave many grants, in various amounts, to organizations like Waypoint ($2,000) that went toward a domestic violence and sexual assault conference; Aging Services ($25,000) toward repairs of an apartment building on B Avenue NW; the Eastern Iowa Arts Academy ($25,000) toward free arts programs for flood victims; St. Luke’s Health Care Foundation ($19,700) for trauma recovery education for professionals serving people affected by the flood; among many others.

Several organizations received several grants from the foundation. Waypoint, for example, also received a $25,000 grant for elevator repair, according to the report.

Looking ahead, Mr. Garner said, the foundation’s focus is shifting as a result of the flood.

“I don’t think we sit and wait for another disaster to occur,” he said.

Mr. Garner said now that the flood fund is wrapping up, they are considering other issues to focus on like affordable housing, early childhood education, quality of life for the elderly and sustainable development.

Mr. Garner said with the foundation’s response after the flood, expectations for the future increased.

Since the flood, the foundation has handled more grants, larger grants and has established a broader donor base, she said. For example, in 2007, the foundation distributed about $4.3 million in grants and last year handed out about $6.3.

Foundation officials cited initiatives like the Fifteen in 5 project as examples of the organization taking a leadership role in the community.

In 2005, a partnership formed between the Cedar Rapids Area Chamber of Commerce and the Greater Cedar Rapids Community Foundation, established 15 objectives to achieve within five years.

The biggest accomplishment of the Fifteen in 5 project was unintended: developing a base that became invaluable for post-flood recovery planning.

The foundation’s mission is “to connect donors to the priorities they care about and to the needs of the community, to increase charitable giving and to provide leadership on important community issues.”

The Association of Fundraising Professionals (AFP) announced this week that the GCRCF will receive the 2012 award for Outstanding Foundation. AFP organization represents 30,000 charitable fundraisers around the world.  The organization received more than 190 nominations for the awards.

Organizations that have previously received the honor include: the Baton Rouge Area Foundation, the Susan G. Komen Breast Cancer Foundation, and the Community Foundation Silicon Valley.

The award will be presented at AFP’s International Conference on Fundraising this spring in Vancouver, British Columbia.